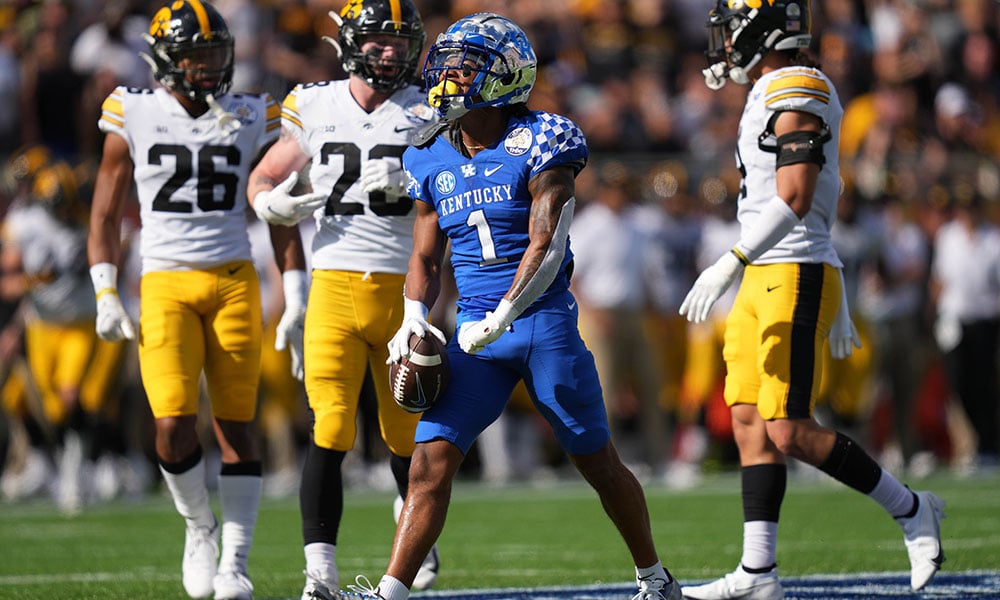 The wide receiver landscape always seems to be deep in college football. We have been spoiled with recent draft classes that are loaded with talent at the wide receiver position. Every year we see younger players who are breaking out and are transitioning into the next big-named draft prospects. We are also seeing junior and seniors improving their draft stock before they decided to declare for the draft.

The market share report is a good tool to use to gain a better understanding of which wide receivers are key contributors to their teams. It can also give us an idea of when a player is breaking out. Freshman and sophomore wide receivers who have higher ownership rates are players devy and dynasty managers will want to monitor because those are players who are more likely to develop into top-tier draft prospects a few years later down the road.

For the report, I collected all wide receivers who have racked up 530 yards or more and derived their ownership rate against their team’s passing production. Then the results were split by class. Since the NCAA allowed players to have a mulligan during the 2020 season, there will be some players who will have an extra season in their class. Players with a redshirt year are baked into their classes. For example, a redshirt freshman could be marked as a freshman on the report.

For reference, here are the reports from the past six draft seasons:

Market share is used best in conjunction with other metrics and film analysis. I don’t recommend using market share as a key driver for scouting college wide receivers because it only provides a small piece of the puzzle when it comes to evaluating players. Market share can be helpful, but it’s best used when paired with film study and other metrics.

*All stats are courtesy of ncaa.com

Khalil Shakir is the definition of ELECTRIC ⚡️

His 86.7 PFF Grade is 2nd among Mountain West WRs 🐴pic.twitter.com/ztBu0kshoh

Shakir finished his four-year collegiate career with 1,117 receiving yards and seven touchdowns. He posted four 100-yard games. The senior wide receiver made highlight-reel catches all season long. Not to mention he was a key contributor to the passing game by achieving 2.72 yards per team pass attempt. It’s going to be very interesting to see where he lands in this year’s draft.

Is it just me or does the market share app only show three WRs from this year’s rookie crop for everyone?

Thank you for pointing this out. I’ll bubble this up to someone who is way smarter than me to take care of the issue.
Cheers,
Bruce

Hey Thomas,
I just got word that the issue has been resolved. If you want, please try again and let us know if you are still experiencing issues.
Cheers,
Bruce

Yep, it’s fixed. Thank you for resolving this.