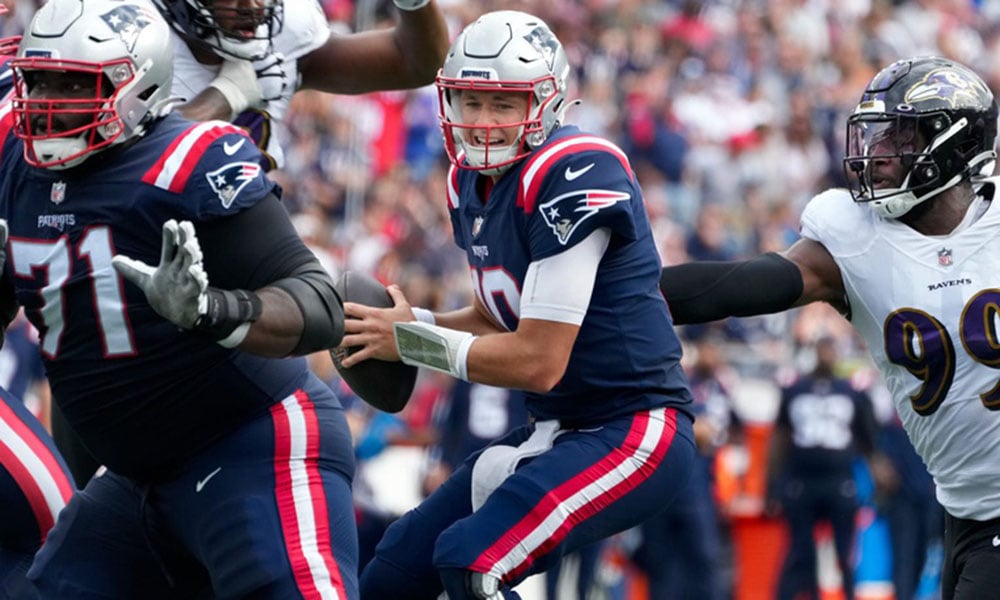 Corey Spala gives his take on some top dynasty storylines in week eight.

Welcome to week eight of the NFL season and subsequently week eight of your dynasty seasons. We are heading into a crucial time for roster management. The NFL is making trades and so should you. The 49ers went all in on Christian McCaffrey to help them win now, and the Eagles traded for a stud pass rusher in Robert Quinn.

The Bears have been slowly starting to unleash Fields as he has thrown over 20 times in the last four weeks. He still has one game over 200 yards, but it has been evident the Bears want to run the ball. Fields has contributed to the number one rushing offense with 364 rushing yards. It has been reported the Bears are taking bits and pieces of the Ravens offense and how they utilize Lamar Jackson.

I have mentioned in this series how new general manager Ryan Poles has prioritized fixing the previous mistakes and trying to clear the books too. The Bears are looking at $125 million in cap space in 2023 and will be able to build around Fields. There has been a noticeable change in this offense over the last few weeks; designs, schemes, and formations used.

It definitely appeared to be frustrating to waste one year for Fields, but this team is installing confidence in their guy.

The Jets lost their star rookie running back to an ACL injury. Breece Hall was making a rookie of the year campaign. The Jets found their identity with him and found a suitable replacement in James Robinson. This run-first style of offense will not be the same, but Robinson is a talented runner and will keep this offense viable.

The Jets are 5-2 and this trade lets the team know we are all in this year. I am unsure of what to expect between Robinson and Michael Carter. The offense uses two running backs and Carter saw 12.9 opportunities per game with Hall. There has been time for Robinson to prepare and learn the playbook, but we still have to be unsure how this first week will fare for him.

It will be important to note how the Jets split the workload this week against the Patriots.

Mac Jones was named the week eight starter, and he did see roughly 90% of the first team reps to open practice. This is a sigh of relief for everyone who rosters Jones. Who knows if there is a true controversy or if the media is trying to make one. It still is a notion we need to pay attention to.

There was a previous belief in Jones being safe as a QB2 for years to come. Bailey Zappe has done a suitable job filling in for Jones, but this could also be a result of the system – scheming short to intermediate areas of the field for him.

The unknown lies within this quarterback situation and the Patriots last-place season. According to our trade calculator, you may be able to acquire a 2023 first-round selection for Jones in superflex leagues:

Take advantage of the calculator to see any additional trades to explore. Even if he is not the future of the Patriots, why couldn’t he be a starting quarterback elsewhere? I am thinking about the Colts (?) – they could use a plug-and-play guy who is under 30 years old.

The Giants traded Kadarius Toney for third and sixth-round 2023 selections. This team is exceeding expectations and building for the future. This leaves an intriguing rookie, Wan’Dale Robinson, to have a strong finish to the season. Fellow rookie Daniel Bellinger is likely out for the season with a fractured eye socket. He had an intriguing rookie season going too.

The point to take away from this season is the Giants have found their future with head coach Brian Daboll and these rookie selections. It will be important to continue to monitor players like Daniel Jones and Darius Slayton for their future. The final step will be to note any notable offensive skill position selections from the draft or free agency acquisitions.

Andy Dalton, Taylor Heinicke, PJ Walker, and Brett Rypien have seen action as of late. Technically Walker is the starting quarterback, as the team announced. Baker Mayfield will be the backup. Cooper Rush had spot starts early in the season too. The point to take away is you never know when you will come across a starting quarterback.

These opportunities may allow you to acquire a late-round rookie selection for free. They also may allow you to find production when you need it. This season feels ‘weird’ and I feel you all will understand that blanket statement. It seems fielding a starting lineup has been tough week-to-week, and if you play in a superflex league, these quarterbacks have provided crucial benefits.

If you ever have a free roster space it may behoove you to pick up the backup quarterback. You never know when you may be able to cash in.

There are notable running backs being thrown around on the trade block according to rumors. Team actions like holding Cam Akers out of games likely tell us there is truth to the rumors. Alvin Kamara and Kareem Hunt are names to look out for before the upcoming trade deadline.

The Bills and Eagles seem to have their names thrown around the most for these running backs. We know Kamara and Hunt will immediately rise in value with their new team. I am intrigued by Akers because it seems the Rams gave up on him. If a team does acquire Akers, this has to tell us they plan to utilize him, right? Is it a depth move for a playoff team like the Bills?

I am intrigued by what may happen with any of these three trades.

Fluctuations within an NFL team bring fluctuations to dynasty leagues. Zappe being a shadow to Jones will create stock fluctuations. It will be important to know how to attack situations to benefit from a low value or sell high. NFL trades happening are a direct correlation to these fluctuations – as are players performing well when the starter is not.

Storylines are important to follow, and as always, there are many more to fit into an article like this. I have mentioned the Giants multiple times for a reason. They are building something special it seems. These are players you want to invest in.

I would like to give you pieces of information to build on and apply in your own ways. Finding an edge is always important. Cheers to week eight.

Corey Spala
Contributor at Dynasty League Football
Corey studies human behavior and analyzes data for a living and applies it to dynasty football. He utilizes a blend of data and humor to guide you through articles and/or videos. Shoutout to the process and shoutout to (hopefully) helping you in your dynasty leagues.
Latest posts by Corey Spala (see all)
Dynasty Fantasy Football Six Pack: Week Eight Storylines to Watch