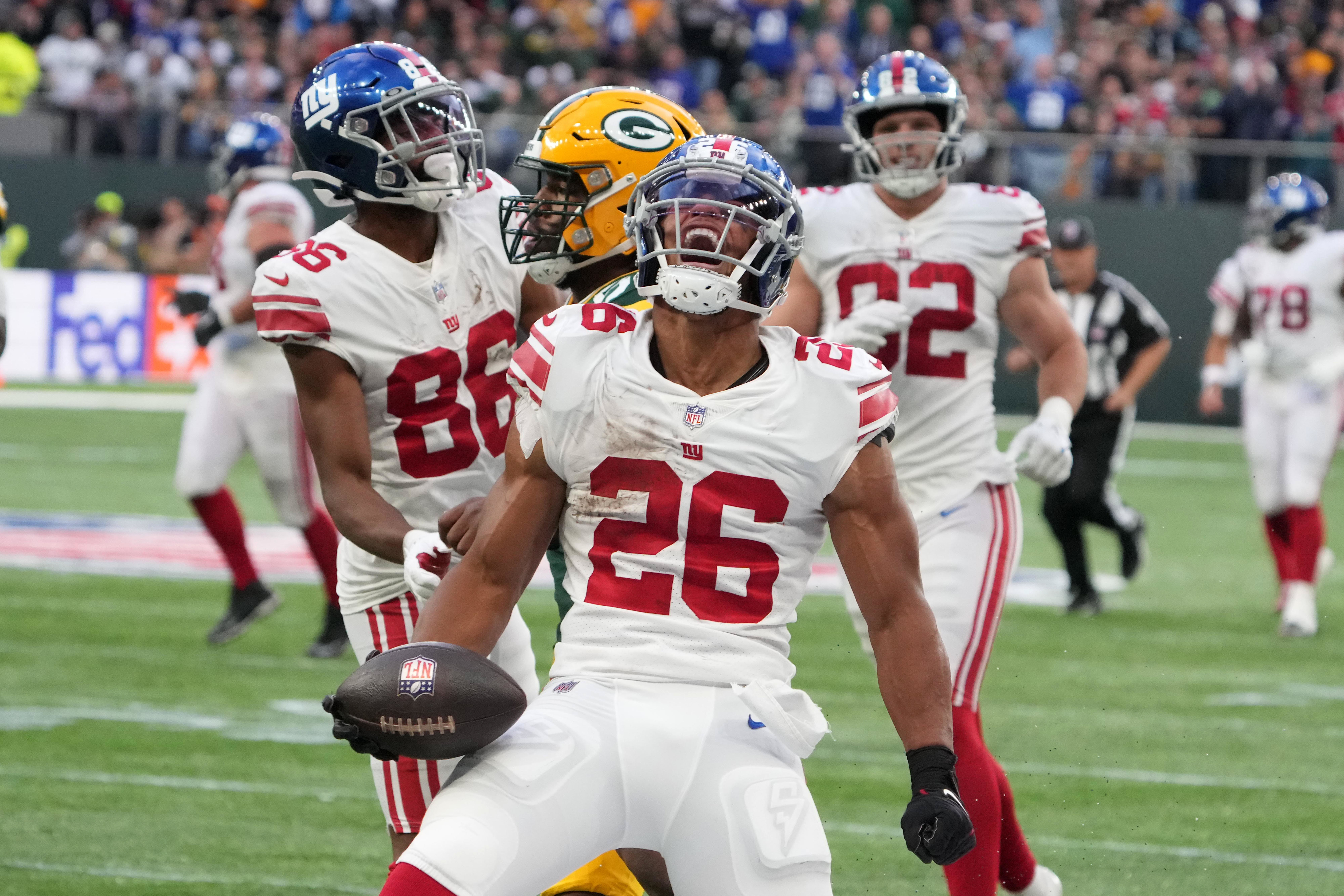 Which players in the top 12 at their position will continue at that pace?

Editors Note: This article was submitted prior to week 5 games.

I was recently inspired by a recent tweet from Zac Reed where he stated that historically, by week four, 60% of the RB1s and WR1s are locked in. I wanted to look at the top 12 at each position and see who had staying power and who might fade into obscurity. Hopefully, this can help you decide who might be potential trade targets and who you might be able to sell high. 60% of 12 is roughly seven, so which seven players will remain in the top 12, and which five will be replaced by season’s end?

The time to move is now! At least it is if your team is contending, & you can identify a trade partner.

I don’t think you would get much pushback from anyone that these five signal callers are the elite of the elite for fantasy production. There’s not even much to elaborate on, their respective ADPs had them all in this tier pre-season, and they’re doing exactly what we all expected.

Murray’s running upside will always keep him in QB1 territory, no matter what the Arizona offense looks like as a whole. Joe Burrow’s collection of weapons in The Queen City give him enough firepower week-in and week-out to pad the stat sheet all season long. He was QB9 a year ago and looks to build off that top-10 performance.

Here lies the first challenge. Goff and the Lions’ offense looks incredible in the early season, but until I see a Detroit team do something long-term, I’m going to be a tad bit skeptical. I love the story and hope they find some success, but there is plenty of room for doubts to sneak in.

Tua sustained a significant concussion in week four, and as of this writing, there’s no timetable for his return. He’s looked great so far this season, but not knowing how much time he’ll miss, combined with what appears to be a propensity to get injured, I’ll pass for now. Lastly, Derek Carr is as meh as meh gets. He’ll pepper Davante Adams with targets all year long, but there are options outside of the top 12 that could easily surpass him during the season.

These were the easy cuts. Carson Wentz is Carson Wentz. We’ve seen the upside in the past, but we’ve also seen the low floor as well. Geno and Seattle are grossly outperforming expectations thus far, and one must assume that they’ll come crashing back down to earth at some point. I have a hard time believing that either one of these quarterbacks will be top-12 options in 2022.

What a group! With name recognition galore, there are definitely reasons for concern with several of these studs. Barkley was coming off an injury and looked terrible in 2021. Nick Chubb has Kareem Hunt always nipping at his heels. McCaffrey has been fighting the injury bug for several seasons, and there are some concerns that Derrick Henry’s monster workload is finally catching up to him. Barring significant injuries, this group is simply too good not to remain in the top 12.

I would like to bump Sanders down, but the Philly offense looks so good he should have plenty of opportunities to get in the end zone repeatedly. Any piece of that Eagles’ offense should pay off all season long. The only reason Aaron Jones isn’t a lock at this point is the presence of A.J. Dillon and a history of missing a few games each year. Arguably, Aaron Rodgers’ most trusted weapon he should see work in the passing game all year, even if Dillon eats up more of the rushing work down the stretch.

Sometimes, you’re faced with making tough decisions. I can only keep seven players at each position, and although a strong case can be made for all three of these backs, they are out. Edwards-Helaire has been wildly touchdown-dependent thus far. Jacobs has been a high-volume workhorse, but I’m not entirely sold on the Raiders’ offense. And although great so far, Robinson has a Travis Etienne problem that isn’t going away anytime soon.

Patterson was just placed on the injured reserve list, so he becomes the easiest cut in this entire exercise. Even if he comes back after missing only four games, he’ll be too far back on a bad Falcons team to catch up. Williams, on the other hand, has the potential to stick around. He is the lead back while D’Andre Swift is injured, but the Lions like using multiple backs, so someone is going to be eating into his work, even as the nominal lead back in The Motor City. Swift should return sooner than later and get the bulk of the quality touches again, bumping Williams down a peg.

Similar to what we saw at quarterback, these were the names we all expected to see at the top of the leaderboard in the off-season. The only thing that can hold the top options back at this point is injury.

Adams is getting peppered with targets from Derek Carr and has historically been a WR1 when he was getting the target volume. The city may have changed, but it looks like the results haven’t. Sutton is a little more interesting. He’s clearly Denver’s top receiver, but the offense has looked horrific. Horrific or not, he has still managed to be a WR1, so if things start clicking and things turn around, he’s arguably one of the biggest beneficiaries in fantasy.

Tough, tough decisions to make here. I think Waddle is a star in the making, but Hill is getting a significantly bigger piece of the pie. With Tua out, I doubt Teddy Bridgwater can support two WR1s. If DeAndre Hopkins wasn’t going to return, I might have put Hollywood Brown in the “locked in” category. I like Brown and his upside, but I don’t trust Kliff Kingsbury to manage his workload once Hopkins is back in the fold. Brown has never finished as a WR1, so I’ll believe it when I see it. I’ll also need to see the short-yardage opportunities pivot to Philly’s receivers, not their running backs and quarterback.

St. Brown has already missed a game, and as I mentioned with Goff, I’m not buying into the Lions as an offensive juggernaut until I see it for more than four weeks. Similarly, until Jacksonville consistently produces fantasy studs, I’ll bet against Kirk and the Jags.

Has a more obvious, locked-in top-two at any position ever existed?

Tight end scoring can be so wonky that Hockenson’s 31.9-point week four game will probably be enough to keep him in the top 16 all season. That single-game explosion was almost what Waller has scored all season. Higbee is getting force-fed targets and is the current tight end target leader. As long as the volume and opportunities remain at a high level, Higbee should be as close to locked in as anyone. Freiermuth is the fifth-most targeted tight end, and that number might tick upward with a rookie quarterback coming in under center. Njoku is far from consistent but should do just enough all season to linger in the top 12. By his standards, Waller is having a slow start, but as teams roll more coverage Davante Adams’ way, I suspect some big games are on the horizon for Waller as the year continues.

I really like all four of these options, but not everyone can stay in the top 12. Ertz finished strong with the Cardinals a season ago and looks to be building off of that finish. But again, with DeAndre Hopkins coming back, how many targets will Ertz lose? Everett has looked serviceable so far, but the Chargers have tons of other weapons, and Keenan Allen should return from injury soon. Conklin is a great story, but with Joe Flacco out and Zach Wilson in, I think the wideouts will be getting more attention the rest of the way. Finally, Goedert is a victim of circumstance, much like A.J. Brown. Once the Eagles get in or around the red zone, I suspect we’re going to see more work on the ground than in the air.

Nope. I don’t believe it. Noah Fant should, at some point, start getting more work than Dissly despite being out-snapped 137-154 through week four. As Geno fades, so should all of the passing game weapons as well. Dissly sticks out like a sore thumb in this group.

It’s wild to think that historically 70% of the top players are already locked in this early in the season. Thanks again to Zac Reed for bringing that to my attention. It was fun to think about who that is now and what the fantasy leaderboard might look like in January. Maybe you might be able to sell high on the Jamaal Willimas and Will Disslys of the world. Or you might make a move to acquire players currently underperforming and just outside of their respective top-12. Thanks for reading, and good luck the rest of the way.

John DiBari
Contributor at Dynasty League Football
Like a true degenerate, John has over 20 years of fantasy experience across all sports. Nowadays he primarily focuses on dynasty and redraft football, fantasy golf, and fantasy hockey and has written about each across multiple platforms for nearly 5 years. He loves rookie mock drafts and can always find a negative, pessimistic angle on all your favorite players.
Latest posts by John DiBari (see all)
Dynasty Fantasy Football Staying Power