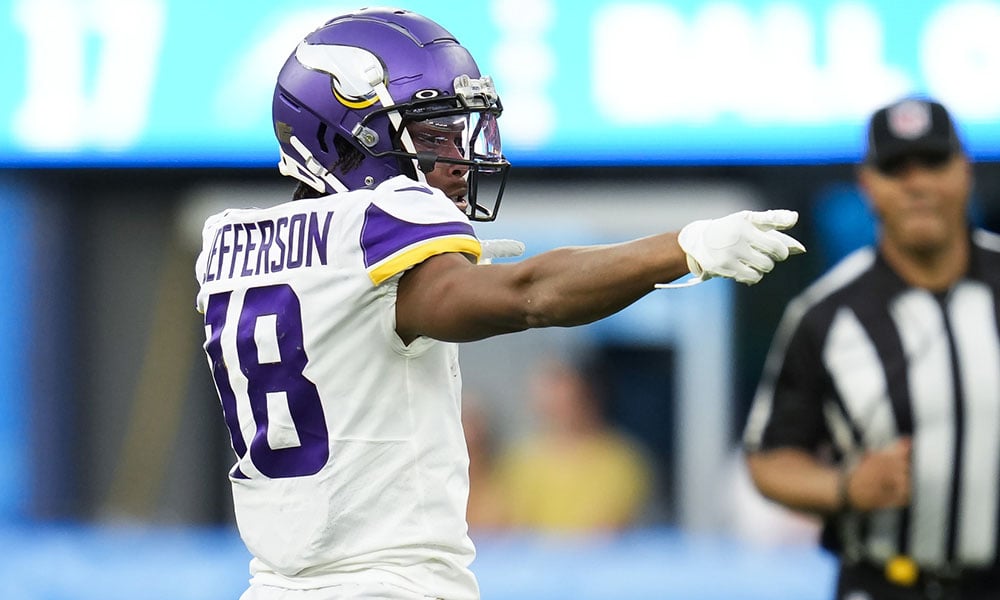 We outline some top strategies to come out of your dynasty startup drafts happy with your roster and prospects moving forward.

So far in the Dynasty Strategy series, we have established a few things. The most obvious is that I have no idea how to do things in chronological order. The series started with an overview of how and when the properly execute a rebuild and then moved on to the basics of how to work through trades within your dynasty league. For this installment, let’s go all the way back to the beginning and talk about strategies around a startup draft that will hopefully render that rebuild article useless to you for years to come.

Startup drafts are discussed by so many in the industry, with so many strategies being touted as the perfect method to use when building a championship roster. From Zero RB to Robust RB, what I see is a lot of different ways that you can win your league right out of the gate but all could potentially fail based on your specific league. Instead of diving into each method, this article will simply outline a thought process that can easily be adapted to your specific league draft to help maximize both the value of your roster and dynasty knowledge as well.

Before diving into the player side of the draft, let’s start with a note to commissioners setting up the draft to ensure a level playing field for all and maximize the enjoyment of all of those in the draft.

An argument can be made very easily for whether a rookie draft should be separate from the startup draft or not. A lot of it depends on where you are in terms of the off-season or something as simple as you want a reason to get back together later to maximize the fun. There is no problem with either and will both produce very even results. However, the place where a startup can go off the rails is when the commissioner decides to assign draft picks after the draft is concluded. This is most often done in reverse order of the original draft (so the team that drafted 1.12 in the startup would get the 1.01 in the rookie draft in a 12-team league). This will cause a huge inequity in your league, specifically in years with a highly touted prospect expected to come out. It essentially gives the team picking 12th an extra third-round pick while the team picking 1.01 gets an extra eighth. Snake drafting is set up to balance the teams already so please don’t disturb this balance when awarding rookie picks.

With that important piece of information out of the way, let’s talk about approaching the draft itself and the preparation that should go into any successful start. Like anything else in life, the key is to do your homework in such a way that allows you to both script the beginning stages but also adjust to what life throws at you as it goes on.

Regardless of whether you are doing your own rankings or using the amazing rankings on the DLF site, it is important to establish tiers of players to clearly see where the drop-off in talent is at each position. The decision to move up or down the draft board should directly correlate to how confident you are that you can stay in that tier. If the tier is getting thin, a trade up may be in order but if the inverse is true, you may be able to cash in your upcoming pick for an additional asset with no detriment to your roster.

I find that the easiest way to determine a startup trade value (if you aren’t using a trade calculator) is to compare most likely players at those slots and look at it like a standard dynasty trade. Basically rather than looking at it as 3.12 for 5.02 and 7.08, look at it as Elijah Moore for Amari Cooper and Hunter Renfrow. I do this by both looking at the board, my personal rankings and the ADP on DLF to get realistic players in that range. The visuals make it far easier to see which side makes the most sense for the roster you are building.

Understanding the board and how it is taking shape is invaluable in manipulating it in a way that maximizes your roster value.

Adding draft picks to these rankings will set the stage for when you look to trade out for future assets. The allure of a draft pick can be great, but unless you have consciously decided to draft for the future, it comes at the expense of the immediate return of proven talent. That said, when you have just exited a tier in your rankings and have a large tier ahead of you which includes future rookie picks, why not go for the two for one? Trade back with a more aggressive owner for the potential of getting two assets in the given tier for the price of one.

In most leagues, future draft picks will never be cheaper than during a startup draft. Every one of your league mates probably has visions of those picks paying out as late picks because of how amazing they have been drafting. You can spot the fish at the table though and now is the time to pounce on that early first at basically no cost.

Maximize the value of your roster over building a lineup

This was also covered in our trade article, but is extremely important when it comes to startup drafts. Some of the worst decisions I have seen during startups are from people who reached two rounds for a running back because “they were drying up fast”. This is a huge missed opportunity to build a winning team in the long run. The proper reaction to a position run is to find the values that are falling at other positions. Getting a third-round value at wide receiver in the fifth round will pay far greater dividends than reaching for a sixth or seventh-round running back will.

There will be plenty of opportunities to build a lineup as the off-season goes on, the startup draft is not the place to be putting in your week one lineup. Some of the best startup drafts I have ever done had huge holes in the lineup initially. The best players are patient and look at their roster as a portfolio of assets that can be used to build the best team moving forward through subsequent moves. So stay calm and keep grabbing those draft-day followers while others get swept up by position runs that will ultimately lead to their demise.

In superflex, quarterbacks will never be easier to acquire

This is by far the strangest phenomenon in dynasty football to me. It is something that is talked about extensively and yet still has not been corrected by dynasty players. As stated above, you should not be building a lineup in startup drafts, and yet, so many players will get their two quarterbacks early and then completely ignore the position throughout the middle rounds in favor of other positions, leaving so many starting quarterbacks just sitting there for the taking.

This will last for multiple rounds before panic sets in from those league mates who have moved on to building a bench now that all their starting spots have been filled and they realize that the option for a startable QB3 is no longer there. Not to worry because you are here to help now that you have four or five starting QBs who you took in the seventh or eighth rounds. You will happily part with them for that fourth-round running back or fifth-round wide receiver.

If they don’t want to make the deal now, just wait for that first injury or bye week. Supply and demand is a funny thing and in a 12-team league, there is no way that each team can have three starting quarterbacks. That is math that most unfortunately figure out when it is too late. Cornering the market will pay off in the long run. Remember, you are collecting assets, not setting a lineup!

Upon completion, study the draft board for trends and tendencies

In the Rebuilding and Trading articles referenced above, we discussed knowing your league-mates and how important that is for making deals. In the startup draft, the only piece of evidence you have is the draft itself and the moves people made within that draft. This is the beginning of the profile you will build on each player. Make note of the position reaches, the valuation they put on future draft picks, any particular teams they might favor. The draft is full of data that can be mined for future exploitation. Did you see those late-round QB dart throws? There is a player who is probably not comfortable with their QB situation. Does one team have Deshaun Watson, Nick Chubb and David Njoku? This might be a Browns fan who is interested in adding Amari Cooper who you picked up in the trade we talked about above.

All of this information is gold for future dealings so do the final step to build that profile. It will set you up perfectly for league domination both now and into the future.

Startup strategy has a ton of nuance that will be worked into future articles in the series, but these basic lessons should get you off to a good start during this startup draft season. As always, question and tailor everything you see to your particular leagues and scoring systems. Hit up the comment section if anything needs clarity and you would like me to expand on.

Michael Faiella
Contributor at Dynasty League Football
Mike has been a dynasty junkie for 14 years now. Notorious for trading picks away for proven talent at every opportunity, he has managed to win championships or completely destroy rosters when neither seemed possible.
Latest posts by Michael Faiella (see all)
Dynasty Fantasy Football Strategy: Startup Drafts