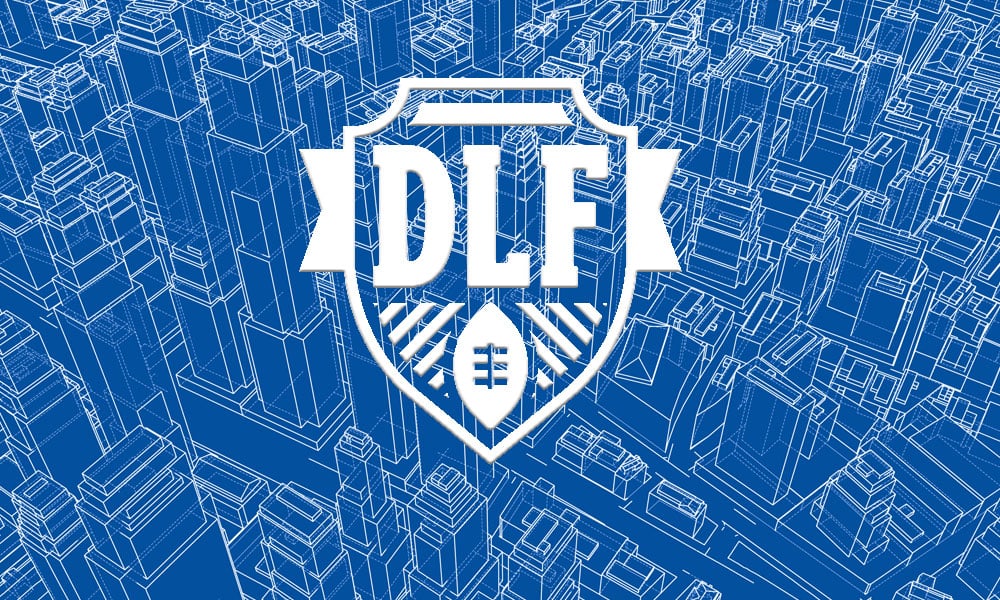 Ryan McDowell runs through his notes on week four.

This is my personal weekly Dynasty Blueprint. Here, you’ll find my “Game Notes,” which comes directly from my fantasy football notebook, along with multiple post-game conversations with others. In the “Game Play” section, I’ll explain what I’m doing with my personal dynasty teams, including waiver wire targets and trade ideas. Finally, “Game Theory” will focus on dynasty strategy.

I don’t think there is enough accountability in the fantasy sports industry. While there is a great deal of nuance beyond a win-loss record, I am adding a weekly update about how my personal leagues are going in an effort to increase that accountability, at least for myself.

With four weeks of results, we are starting to get a firm grasp on what to really expect from teams and players around the league. The same can be said of our dynasty leagues. Now is the time to target teams on the opposite side of the standings from you. If you have built a contender, start feasting off those 0-4 rosters to improve your team. If this is a Productive Struggle year for you, get those veterans and expiring assets off your roster in exchange for draft picks or high-upside youth. This is a process dynasty managers should be going through each Tuesday for the remainder of the season.

For my specific teams, I’ve already hinted at it in the Game Notes section, but my priority this week is to get Alvin Kamara off my rosters. In our latest dynasty ADP, he is maintaining his first-round value at the 1.07 spot. There are potentially as many as 20 players I’d take ahead of him instead and would flip him for those in a trade. The easiest targets might be Ezekiel Elliott or Aaron Jones, as the younger backs have obscene value, as always.

In lieu of specific dynasty strategy, I wanted to share a preview of our October dynasty ADP data. As you know, I collect this data monthly, including during the regular season, through mock drafts. The in-season mocks and ADP is the best as we see, in almost real-time, how player value is impacted weekly. I’ve seen some make the argument that dynasty player value shouldn’t change on a weekly basis. I agree, it changes on a daily basis as part of an ever-evolving market. If you choose to ignore that, it will eventually cost your dynasty teams.

Here’s the new top-24 players from October. This information can be used to buy low or sell high. Just don’t ignore it.

I was just offered gainwell and a 2022 second for my 2023 first. The 2022 second will be late, and the 2023 first likely top 6 (I am severely lacking in running backs and doubt I will be a playoff team haha). I have 3 firsts this year so I thought about accepting that offer initially but given that the first might be early I decided not to. Thoughts?

You made the right call. Protect those 23 1st rounders and while I have been impressed with Gainwell, I don’t think he’s worth that price.

Thoughts on mike Williams for chase Claypool straight up?

You may be asking the wrong person as Ryan loves Claypool more than anyone I know. That being said, I do think Claypool is still the better asset. Williams is four years older and that makes a difference. Ryan may think otherwise, but I have my doubts…

Sorry I missed this. I agree with Ken. Even with the impressive start for Williams, I’d still want Claypool. It is probably at the point where you could get CC+ for Williams.

I’m sad it has gotten to this point.