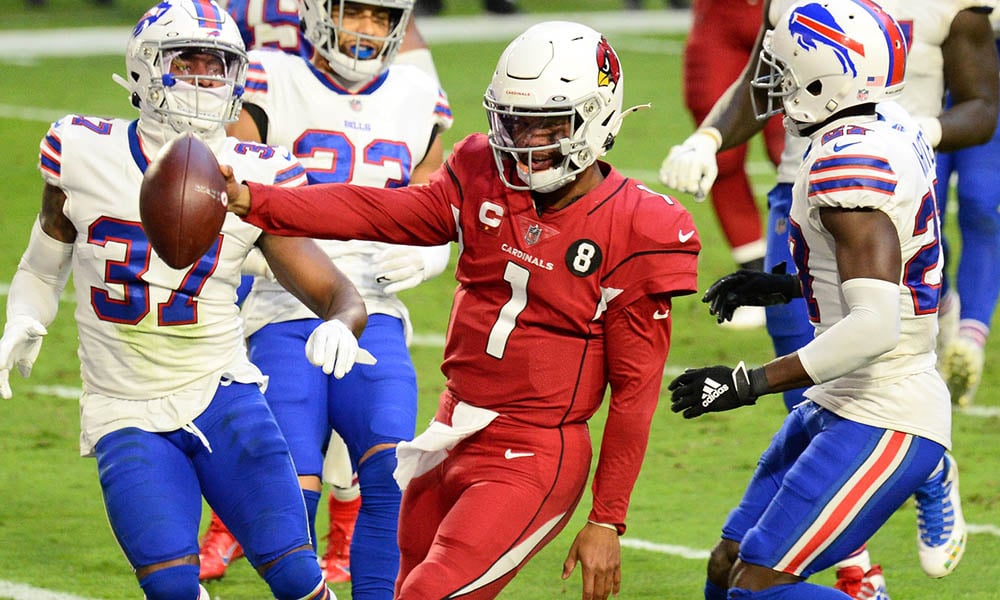 Scott Connor suggests some moves to make this week.

It is officially the home stretch – one month until the fantasy players and only one more full week until Thanksgiving madness, which marks the trade deadline for many dynasty leagues. Give your roster a hard look and act accordingly. Here are five transactions you should consider before week 11:

Field has gone crazy over the past five weeks. He is currently QB7 in points per game (6 points per passing TD) but has posted four of the top 24 performances at the position during this time. Although his passing has taken a step, he still has not shown the efficiency numbers that secure him a guaranteed supermax second contract. With that said, he ranks sixth in the league in rushing yards and is on pace to match Lamar Jackson’s MVP season on the ground. The hype is rising on Fields and we have reached the point where it might be time to pick sides on this bet. At least shop where you can.

The Move – We are to the point where Fields is a top-six quarterback in the market. His value is there with Lamar Jackson, Jalen Hurts, Joe Burrow and Justin Herbert. It is possible you can get Kyler Murray plus for Fields. If you find him as your QB3 or are looking to buy into a player in this tier, congrats, you have an asset that can get you there as part of the discussion. There is no specific formula to sell other than take advantage of the window where Fields is in this conversation.

The Seattle loss and the Arizona win (without Murray) keeps the Cardinals in the playoff discussion for a few more weeks. Assuming Murray returns from his hamstring injury, the time to buy is now. The team has proven they will let Murray throw a ton and arguably, the quarterbacks who can maintain efficiency with high volume are the cheat codes for fantasy football (see chart below of all high-volume quarterbacks through ten weeks). Unfortunately, Murray’s 2022 is a far cry from his 2021 numbers, and coming off an injury, we have a clear buy-low opportunity.

The Move – The same with Justin Herbert (week ten transactions) applies to Kyler Murray. On teams with a quarterback need, consider moving any skill player for Murray and if you are sending Justin Jefferson, ask for a first-round pick back. Be aggressive. Ultimately, despite his limitations, Murray is still over 24 percent rushing share and has tremendous fantasy upside as a QB1 on your dynasty team. Buy before the season is lost and the narrative flips that we will have a regime change in Arizona.

This move comes with a caveat. Will the market respond favorably to the big game by Toney on Sunday? Will the perceived opportunity after JuJu Smith-Schuster was knocked out on a helmet-to-helmet hit and will be in danger of missing week eleven with a concussion? We saw the market react like crazy after the Toney blowup game in Dallas last season and assuming he gets a primetime opportunity next week (the Chiefs play the Chargers on Sunday Night Football), I want Toney shares to sell if he smashes in this contest. Is the play to “buy on the way up” now with hopes of selling after production next week?

The Move – The current WR56 in the latest ADP, this will surely rise in the next few weeks assuming he takes advantage of the ongoing opportunity. I would recommend buying for a future second-round pick if you want to speculate on adding exposure before the stretch run of the season. Ultimately, very few wide receivers in dynasty are worth at least a first-round pick and if you are in the game of asset speculation, this appears to be a great opportunity to get in before the spike.

It is a tough scene for spotting the next available running backs and thus, I will pivot to another position this week. Gray has seen decent usage as he has been on the field for just under 45 percent of the Chiefs’ snaps and ranks 37th in the league in routes run at tight end. Although we do not wish for injury, you could do worse than keeping Gray on the back end of any dynasty roster, regardless of the format, considering where he might go on a weekly basis if Travis Kelce were to miss time. We want as many players on specific offenses and this add certainly fits the bill.

The Move – The likely format to add Gray is one where you already roster Kelce or can flex a tight end. 1.75 or 2.00 points per reception leagues could give you flex value with a Kelce injury and ultimately, a possible platoon candidate in 1.5 premium leagues as well. The second-year player from Duke has earned a role and could provide long-term spot start value aside from 2022.

Lindsay was released from the Colts practice squad last week and after news of this transaction, I have officially cut him on every dynasty team. It does not mean he cannot resurface, but the former Colorado Buffalo was given ample opportunity in an open backfield and was unable to stick on the practice squad. He has played on four teams in three seasons and being cut from a practice squad given the liberal rules is a major indictment.

The Move – Even with expanded rosters going into the off-season, it is tough to forget a player not being able to stick on a practice squad. You never give up on running backs like this who have produced in the past, but for now, Lindsay is a safe cut in any format regardless of how deep.

Conclusion – Although we still have four weeks before the fantasy playoffs, be mindful of your optimal roster construction and dynasty values. The best moves to always consider are those that help you win but also keep you within construction and give you stable value heading into next season. Best of luck in week eleven!

RELATED VIDEO
Enjoyed this video? If so, please be sure to LIKE this video and SUBSCRIBE to our channel for more awesome, FREE analysis all year long!
Scott Connor
Contributor at Dynasty League Football
Scott has been playing fantasy football for 20+ years and has been playing dynasty on a regular basis since 2013. He maintains a large portfolio of 40-50 dynasty teams at any given time and is a commissioner of 10 leagues to date. He started in the industry in 2018 with a position as an analyst for another well-known site. With a strong passion for roster analysis, trade values, and player analytics, he prides himself on giving actionable and customizable advice to help maximize your dynasty team’s value and bottom-line decisions. As the President of a local Toastmasters chapter, Scott also enjoys providing podcasts and YouTube content about fantasy football. In addition, he’s an avid high stakes redraft player with past success winning large contests.
Latest posts by Scott Connor (see all)
Tactical Transactions: Dynasty Moves to Make Before Week 11

What are your thoughts on rostering 2 elite QBs in 1QB leagues? I have Lamar and might be able to acquire Herbert for around a 1st + 2nd round value.

sending justin jefferson? Anything but that

Hey Scott,
I’m a contending team in 0.5ppr sflex. I have Dak, Tua, and Kirk as my qb’s right now. What move, if any, would you look to make for Kyler (owner is currently also in contention but just lost kupp. has kyler/rodgers/geno/cooper rush/colt mccoy as his qb’s)? and then what, if any, moves would you look to make for Herbert (owner is currently in full rebuild mode. has herbert/stafford/love/trubisky as his qb’s but has some decent young pieces at rb and wr)?

Thanks for any feedback you have!

Should I be trading for Noah Gray if he is already rostered? I own Kelce and it’s 1.5 TE premium in a .5 ppr league