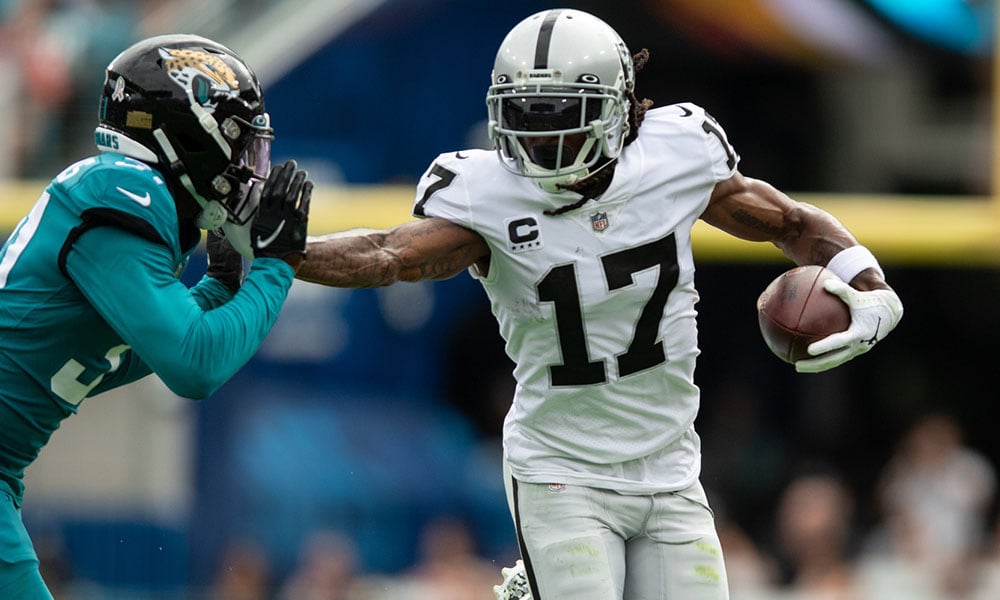 Scott Connor is back to outline some tactical moves to improve your dynasty rosters.

Double-digit time is here. Yes, I mean weeks. I cannot believe the fantasy playoffs are less than six weeks away and that marks what we like to call, “the home stretch” of the season. Here are five transactions you should consider before week ten:

Herbert feels like a disappointment in 2022. He is currently QB12 in points per game (6 points per passing TD) but also slots in at the very bottom of the league with only 6.4 yards per attempt. The problem is clearly the offensive scheme (and injuries to his weapons and his ribs) and considering his body of work prior to this season, the window has opened. I expect Herbert to struggle to a similar degree for the rest of the season with hopes of a rebooted situation in 2023.

The Move – The key to the “buy” window is not a discounted price but rather that Herbert is available. Managers may be more likely to consider selling him. I would give any skill player plus a future second-round pick for Herbert. I would make the same move plus give a first-round pick (and get a second-round pick back). He is also worth the equivalent of paying at least three first-round picks. Be the aggressor and buy.

As we approach week ten, Watson is four weeks away from returning. He is eligible to return in week 13 and is expected to start against the Texans. The Browns are creeping back into the playoff race and inserting Watson into the mix makes this an intriguing long-term value and potential 2022 league-winning move. He entered the season at QB12 in the ADP and has risen three spots to QB9 as his return grows closer. Jacoby Brissett ranks eighth in the NFL in EPA per play which bodes extremely well for Watson entering into this system.

The Move – The same as above with Herbert applies to Watson. On teams with a quarterback need, consider moving any skill player for Watson. This includes Justin Jefferson, Ja’Marr Chase or any running back. Nothing is off limits. I understand the hesitation to buy a player with his baggage but the historical production and current system appear to be a match made in heaven. I want more Watson before he takes the field again. This recommendation comes a week after recommending buying Derek Carr. I still believe that the offense will regress in a positive regression the rest of the season but Adams is coming off a massive week nine and will turn thirty years old before the end of the season. The assumption is he can produce for a few more seasons after 2022, ala Julio Jones and AJ Green, but as we have seen with these guys, the drop can happen at any point. You likely eat some production by moving Adams but the window is shrinking as we speak.

I am mildly surprised to admit Hockenson’s debut with the Vikings was impressive. He played 91 percent of the snaps and ran routes on eighty-four percent of the dropbacks. His 9 for 70 line was the ninth-best of his career. Will this continue? I discussed a few weeks back how Kirk Cousins was struggling to carry a second weapon (see week one where I recommended buying Adam Thielen and KJ Osborn) and the narrative will be that Hockenson might be the secret. It is certainly possible. And Hockenson is a good tight end. However, I am willing to bet he is not elite. His true career target share is less than 15 percent (see below) whereas a player like Mark Andrews is near 20 percent. The next step is tough to take but the barren position may allow a sell window on Hock.

The Move – The likely format to move Hockenson is one where he will be in the most demand. Tight end premium leagues with 1.75 or 2.00 points per reception or where the league requires you start two at the position. These formats mean the scarce asset is more important as the positional advantage has a lower threshold. Consider selling Hockenson for any first-round pick in these formats or pivoting down to a lesser tight end plus a draft pick. This is a simple attrition move. D’Andre Swift has struggled to stay healthy and the Lions have very little to play for the remainder of the season. Craig Reynolds left the game Sunday with a rib injury and did not return. He could miss games. Jackson worked in and has proven to be a reliable spot starter in the past. If the Lions get to a point with nothing more to play for, Jackson could be useful for the desperate running back rosters down the stretch.

The Move – The only way to add a player such as Jackson is on waivers. The other alternative is to move a running back to another team for a spot start (third-round pick) and get Jackson as a throw-in piece. The Lions have a decent running game and Goff involves the backs a lot. Stash Jackson until we see how the next few weeks play out.

Conclusion – The most robust bye weeks are done. Activity is picking up in leagues as teams chase stretch-run pieces and future capital. Many teams are looking to shed points as they fall out of the race while others are looking ahead at schedules and matchups for the fantasy players. Find your path and go full steam ahead down it. Best of luck in week ten!

RELATED VIDEO
Enjoyed this video? If so, please be sure to LIKE this video and SUBSCRIBE to our channel for more awesome, FREE analysis all year long!
Scott Connor
Contributor at Dynasty League Football
Scott has been playing fantasy football for 20+ years and has been playing dynasty on a regular basis since 2013. He maintains a large portfolio of 40-50 dynasty teams at any given time and is a commissioner of 10 leagues to date. He started in the industry in 2018 with a position as an analyst for another well-known site. With a strong passion for roster analysis, trade values, and player analytics, he prides himself on giving actionable and customizable advice to help maximize your dynasty team’s value and bottom-line decisions. As the President of a local Toastmasters chapter, Scott also enjoys providing podcasts and YouTube content about fantasy football. In addition, he’s an avid high stakes redraft player with past success winning large contests.
Latest posts by Scott Connor (see all)
Tactical Transactions: Dynasty Moves to Make Before Week Ten

Re: Watson – different strokes and all that, but I’d rather lose without Watson on my roster than win and feel gross about it.

I’m in 4 leagues and I’ve told all 4 of the Watson owners to not brother coming to me with any trade offers as long as they play Watson. I have nothing to do with QB’s that abuse women and use them to fulfill a sexual desire and throw money at them to keep them quiet.