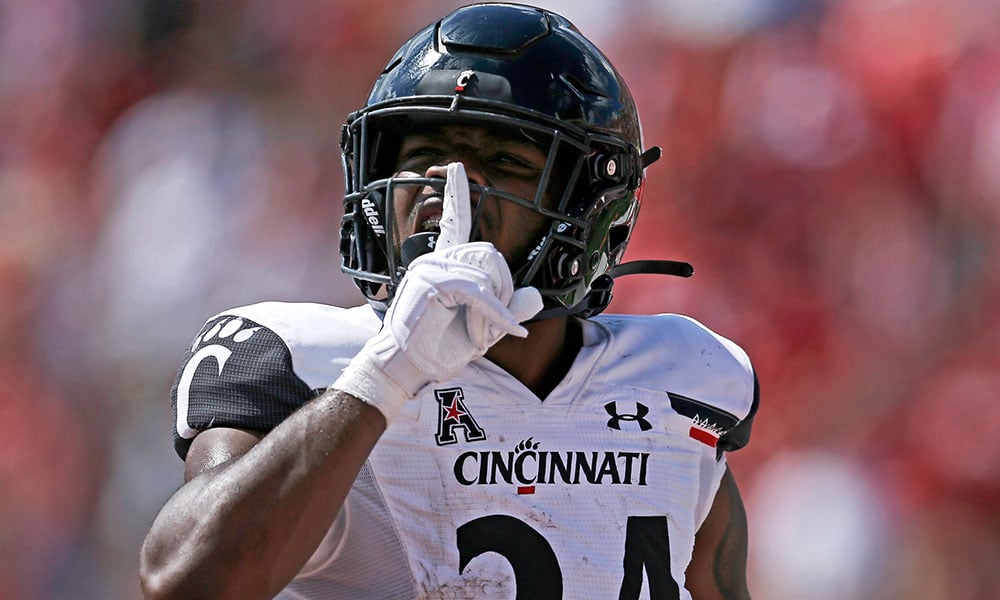 Is Jerome Ford worth a late-round rookie draft pick? We examine his dynasty potential.

Kareem Hunt is expected to hit free agency at the end of this season. If Ford can prove to be more than functional, then he could insert himself into Hunt’s role as early as next year. He’s a cheaper option who could spell Nick Chubb when needed. The other running backs on the roster are journeymen who shouldn’t prevent him from climbing the depth chart.

It’s a very real possibility that the Browns let Hunt walk in free agency next season. If Ford shows any signs of life, then he could be the second running back on the depth chart by default. All he has to do is play well this season and capture every opportunity that comes his way and we could see him carve out a larger role in the offense sooner than later.

Hunt is just another fifth-round running back who could easily get pushed to the edge of the depth chart by someone the Browns acquire either through the draft or free agency. The team could even re-sign Hunt. Just because Ford is currently on the roster, doesn’t mean he will get every opportunity to succeed.

The Browns have next to zero draft capital invested in him. The sunk cost is minimal, making it easy for them to move on from him or replace him. Ford needs to play well out of the gate to prevent the team from making another investment at the running back position.

Dynasty gamers should expect him to work his way to being the RB3 on the roster. If he can’t make it that far up the depth chart then we have to question whether he has enough gusto in his game to compete at the NFL level. He should be able to beat out D’Ernest Johnson, Demetric Felton, and John Kelly for a larger role in the offense. We should see him surpass those running backs sometime this season.

His usage should be minimal during his rookie year. The only way he receives a larger workload than expected is if something happens to either Chubb or Hunt. Considering the attrition we see year after year at the running back position, this is not outside the realm of possibilities.

Best-case scenario, he works his way up the depth chart and earns some version of Hunt’s role as either the passing-down back or just the guy who spells Chubb when necessary. There could be instances, due to injuries to other running backs, when he is the lead back for a few weeks at a time. This would make him a hot waiver wire add in redraft leagues. In this situation, his dynasty value would be a trendy mid-late round pick in startup drafts.

The worst-case scenario is pretty obvious. We could see him follow the path of many late-round prospects and just fall out of the league. He might hang out at the back of the depth chart for some time but never see the field long enough to deliver any fantasy production.

Both scenarios are possible. Landing in the middle of those scenarios would mean he’s the team’s RB3 seeing a very limited workload with the chance of becoming fantasy-relevant if something were to happen to the starting running backs.

Ford’s overall skill-set is very comparable to Sony Michel. Especially, if we are talking about Michel as a college prospect. Both players are very similar when it comes to size and athleticism. You wouldn’t consider either running back as a top-shelf satellite back, but they have enough talent to provide some value in the passing game.

There are also some similarities to how they run between the tackles as both running backs are very dependable when it comes to finding running lanes but will have their mental lapses. Overall, both are good enough to get the job done but will never be considered a world-beater when it comes to talent.

According to DLF’s May Rookie ADP, Ford is being selected in the fourth round with a 44.60 average depth position as the RB17. Dynasty gamers are drafting him as a speculative asset in the later rounds of rookie drafts. This is a fair price point considering he’s a day three pick and has to climb the depth chart in order to receive a sizable snap share.

Ford is being drafted in the area of rookie drafts where dynasty managers can stamp their claim on their favorite dart throw. The odds of him or any of the players being drafted in this range developing into top-tier dynasty assets are very slim. With that being said, Ford is a player you can throw some chips on at this price point or pivot to another late-round running back of your choice.

Bruce Matson
Contributor at Dynasty League Football
I'm a financial counselor for a hospital in South Central Ohio. I graduated from Muskingum University with a bachelor's in business while minoring in Economics and Accounting. I won my first fantasy football title with Jake Plummer as my quarterback.
Latest posts by Bruce Matson (see all)
Dynasty Fantasy Football Rookie Update: Jerome Ford, RB CLE

Saying he should beat out D’Earnest Johnson for the RB3 in Cleveland is a bit of a stretch. Johnson looked very good when Chubb and Hunt were injured last year, and the Browns wouldn’t have tendered him an offer if they didn’t hold him in fairly high regard.

I was thinking the same thing while reading. I think the Browns picked Ford due to all the things you mentioned. At that pick, he was worth a dart throw, knowing that both Hunt and Johnson would be FA eligible after this season. But when Johnson filled in for Chubb last season, he more than passed my eye test against DEN and NE (which I realize means nothing, as I don’t work for any NFL teams). D’Ernest may have done well enough to receive an offer from another team next offseason as well.

Another thing to remember is that all three of Chubb, Hunt, and Johnson are turning 27 this year. Ford is a great stash regardless what small variable differences you see in their skillset just given the fact that in a year, two at most, he will be presented with a lot of opportunity.

I don’t see Hunt and Johnson being there next year. And that alone makes Ford worth a stash. But I also do like Ford more than Johnson as well. The browns run game is one of the strongest in the league, so it could also mean that is what led Johnson to success, a product of system and opportunity not necessarily his own talent.