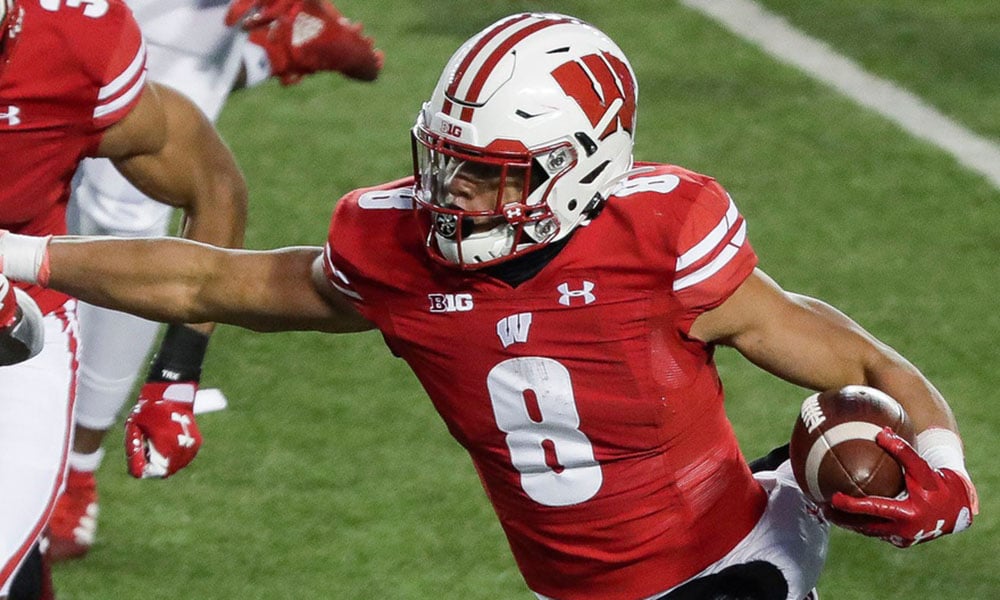 Which players are up next in the Devy 100 as we count down the best college talents?

Profile: The sinewy Anthony was not expected to make much of an impact in 2021 as a three-star recruit plucked right out of East Lansing. Yet he worked his way into the rotation as a freshman, most famously turning his first career reception into a 93-yard touchdown against the hometown Spartans. He exploded for 155 yards and a pair of scores in the game, showcasing breakaway speed and a large catch radius which unlocked a new aspect of the Wolverine offense.

A tall (6’3”) receiver with a frame to gain good weight and plus athleticism, his three-star composite ranking may have been selling him woefully short. Anthony has a strong toolkit and made an impact as a true freshman. The arrow is pointing up.

2022 Outlook: The Wolverines have depth at wide receiver yet no real standout. Anthony figures to start in three-wide sets with Ronnie Bell and Cornelius Johnson with a real possibility they simply cannibalize each other. If Anthony can separate himself within a talented group, it will be a fantastic sign for his long-term ceiling.