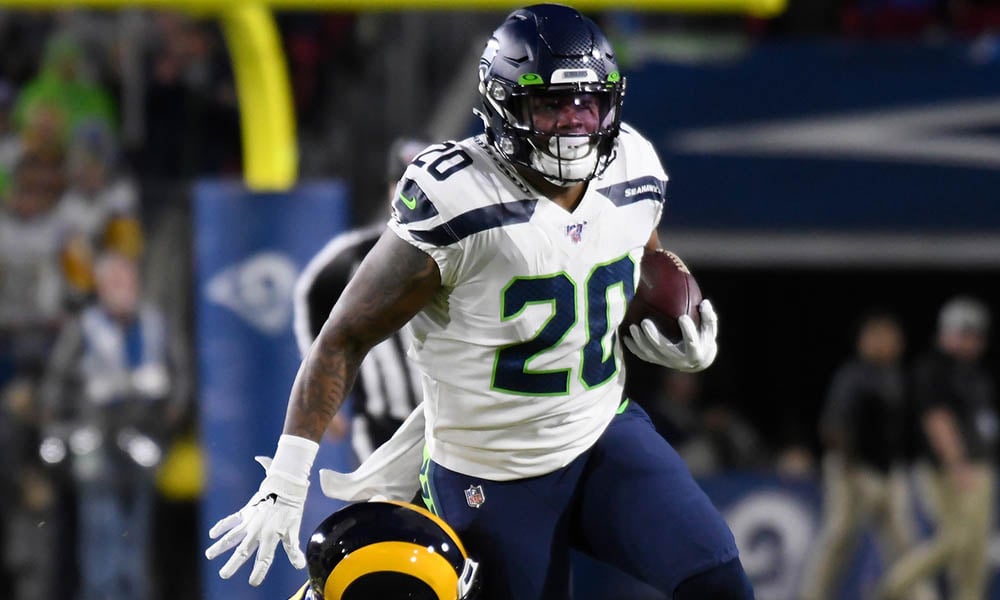 We break down yet another injury to Rashaad Penny.

From the beginning this off-season, I’ve personally believed two players had both amazing ceilings and enormously low floors. These two were destined to either help win leagues or completely sink teams. Those two players were Jalen Hurts and Rashaad Penny, So far, one of the two has delivered as Hurts has been spectacular. Unfortunately, the injury bug his hit Penny again, this time with a fractured fibula that’s going to keep him off the field for the rest of the season. This is a truly catastrophic turn of events for Penny and the injury has some serious dynasty implications. Let’s run down the players whose values have been affected by yet another serious injury to Penny.

Since being a surprise first round pick in the 2018 NFL Draft, Rashaad Penny’s injury history has become the stuff of fantasy legend. On one hand, Penny has now dealt with the following since joining the Seahawks:

On the other hand, Penny has been extraordinarily productive when healthy. Over his five seasons in Seattle, Penny has 1,918 rushing yards, 27 catches, 222 rushing yards, and has scored 14 touchdowns, averaging a robust 5.7 yards per carry.

Penny’s career has been defined by his inability to stay healthy and ever emerge to be the long-term solution in Seattle. After failing to replace Chris Carson over his first few years, it looked like Penny was destined to finally have his chance this season. However, that all changed when the Seahawks drafted Kenneth Walker III in the 2022 NFL Draft. Still, Penny had held off Walker thus far this season. Still, this injury will change everything now.

Penny is only signed through this year and he’ll enter next off-season as a player no team could honestly sign to be their starter. He’s more than likely going to land on a team to be viewed as a “change of pace” or “lottery ticket” type of running back. His ADP was climbing again and looked to be headed inside the top 100, but the broken tibia is going to send it spiraling. It’s an unfortunate turn of events for a player who has had little more than bad luck throughout his entire career. If there’s a winner in this mess, it’s clearly Walker. Seattle was scrutinized pretty heavily when they took him in the second round of the 2022 NFL Draft, but they look clairvoyant at this point. Unfortunately, Walker had not been effective in the first three games this year, posting just 58 rushing yards in his first three games. However, things seemed to come together last week when he had 88 yards and his first career touchdowns (including a 69-yard run) on just eight carries. This is obviously a huge boost to his value, though much of that value is already baked into his ADP. The expectation would be his ADP rises back into the 40 range at the least if he can build on last week’s performance. In short, the window to buy on Walker has closed. If you’re looking for a lottery ticket, Dallas could be your guy. When given opportunities, he’s typically produced and Walker is unlikely to command the total workload. If Walker was to get hurt or be ineffective, Dallas would be in line for a huge bump in value. He only has seven touches on the season, but that’s going to change, regardless. Expect his ADP to rise a touch now as well. The Seahawks quietly signed Jones off the New Orleans practice squad. A solid rookie draft sleeper last season, Jones has just not been impressive so far in his NFL career. However, the Seahawks invite competition and he’ll play if it looks like he can help the team. While he’s not a “must-add” commodity at the moment, he’s certainly a player to put back on your watch lists.