The DLF Dynasty Trade Analyzer is more than just another dynasty trade calculator. It’s a complete tool intended to help owners make well informed trade decisions, with as much relevant context as possible. The goal of the dynasty trade analyzer is less about telling an owner “Yes make this trade” or “Don’t make this trade, it’s a bad deal”, but more about providing the owner with all of the info needed to make an intelligent trade decision.

Go to the Dynasty Trade Analyzer!

We are excited to announce some terrific new improvements in the Dynasty Trade Analyzer! Now integrating with our myDLF functionality, you have the ability to import your fantasy leagues into the DLF database, and leverage your existing league information to create easier, more finely tuned trades! 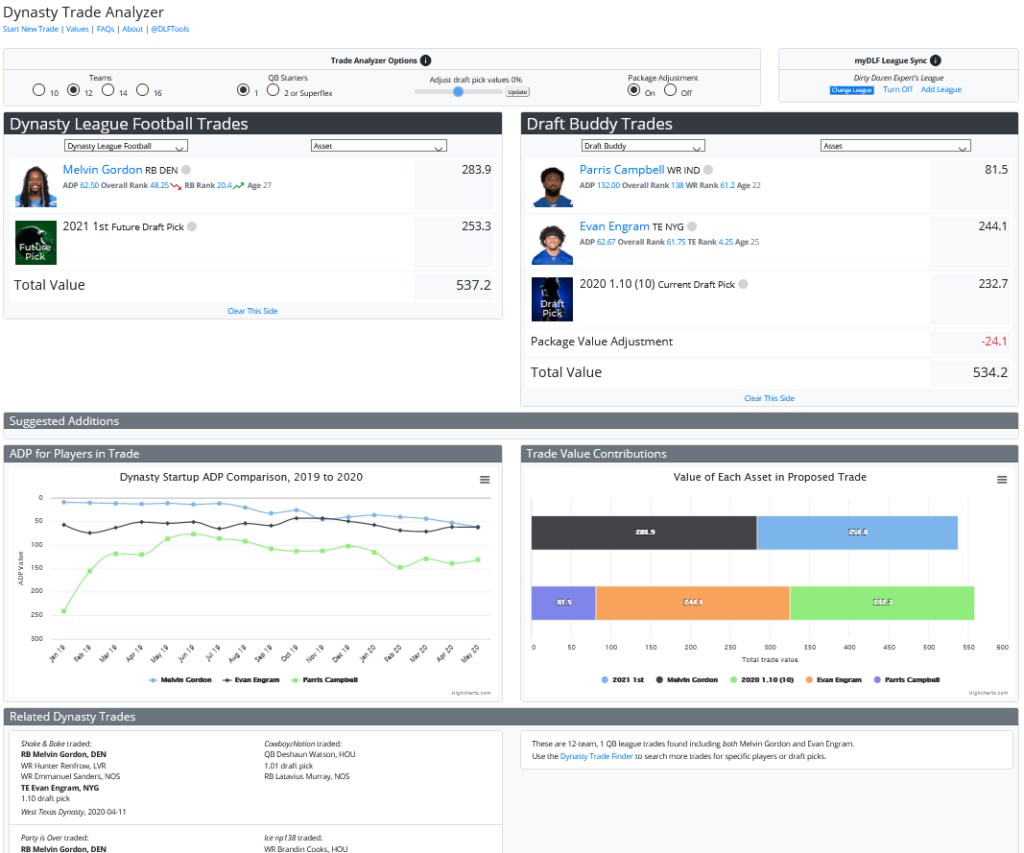 Here are a few notes to consider when using the dynasty trade analyzer;

Player values are directly tied to market value and as such can change daily. We believe this agility gives this tool a significant advantage over other similar tools. In addition, we provide additional contextual information to help you understand all facets of the trade – current ADP and ranking values, historical ADP trends, recent similar trades, and recent news items from all over the industry for all involved players. All of this information is provided to help you make quick, well informed decisions.