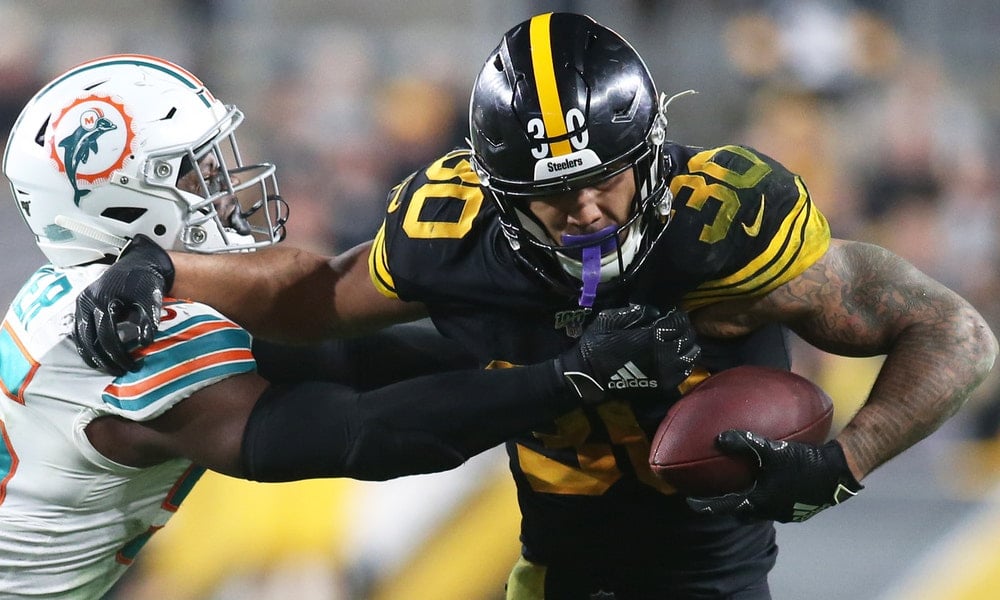 We cover the latest injuries you need to know about on a weekly basis.

We are back to look at the latest injuries in the dynasty world.

PSA: When I list a player in the “notable, but less significant” it can be for one of two things. Either the injury is insignificant or the player is. Can I say that?

All info contained in this article is from the great Matthew Betz, follow him @TheFantasyPT. He’s an orthopedic physical therapist and does injury analysis for The Fantasy Footballers. He is a great resource to follow for injury updates.

Despite playing the full game on Sunday, it came out on Monday that he suffered a herniated disc at some point and was quickly ruled out for week nine. According to the latest reports, the timeframe looks to be about five to six weeks. The “elite” Joe Flacco’s career is everything but officially over and if you didn’t move on from him years ago, then you might as well ride the sinking ship to the bottom.

Who did Darnold kiss this week? Or maybe I should be asking what he was doing this time to sprain his thumb? Either way, the injury “occurred during the game against the Jags” and no matter how serious it is, Darnold should be able to play just fine. After all, the sprain was on his non-throwing hand.

Did you start Edmonds this past week? My condolences on your loss. Hamstring strains are a b**** and now he is looking at a multi-week absence. The Cardinals have traded a 2020 pick for the ever-underperforming Kenyan Drake. Unfortunately, once Edmonds returns this could look like a RBBC, à la the Eagles, and that also depends on whether David Johnson returns.

He almost made it through the entire game without injury, but sustained a shoulder in the fourth quarter against the 'Phins. This looks very similar to the injury Josh Jacobs sustained and was able to play through. This is one of those “watch the practice reports” type situations. He could play this week or he could be out multiple weeks. You’ll just have to keep an eye out.

Another ankle sprain for Breida, but does it matter? The Mr. Ironman of the NFL so far in his career, there seems to be no injury that keeps him down for long. The problem is that this is the same ankle he's previously injured, so the risk of re-injury is increases. Can he keep regenerating like Wolverine, or will these injuries eventually catch up to him? Only time will tell, but do expect him to be out Thursday night.