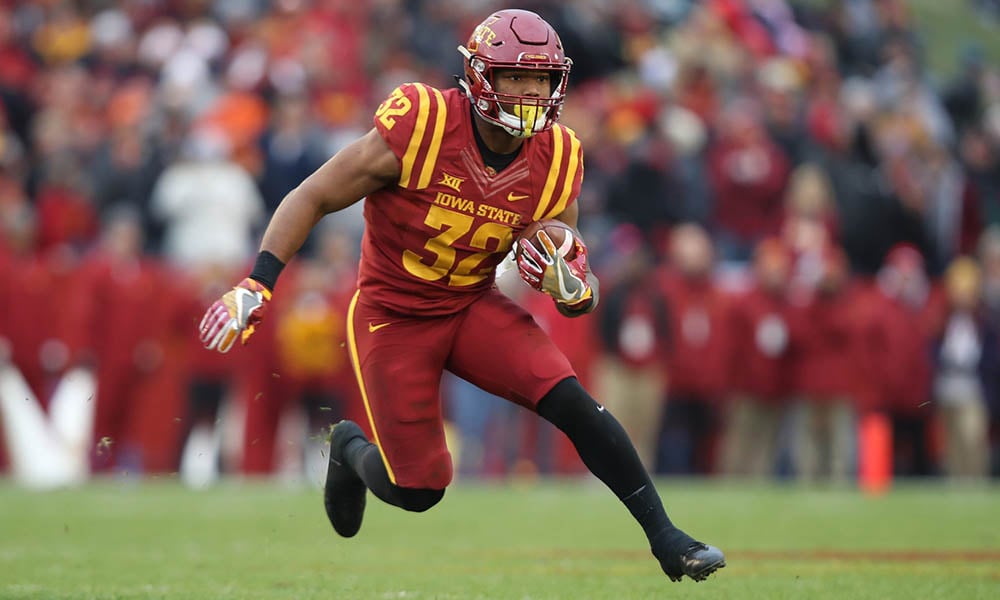 There were rumors that Oakland and head coach Jon Gruden could select a round one quarterback and then shop veteran Derek Carr. The odds of that happening are greatly decreased after day one but it is nearly impossible to predict what this front office will do.

Broncos general manager traded for veteran Joe Flacco but the former Ravens starter is clearly trending down over the years and is not a long-term fix for this team. The Broncos were regularly projected to select Missouri’s Drew Lock with the tenth overall pick, but instead traded down and selected tight end Noah Fant. Lock fell out of the first round.

Much like the Raiders, the Bengals have a starting quarterback, but the upside of Andy Dalton is clearly limited. This is another team who was often being mocked to grab a first-round signal caller. None of the remaining rookies are likely to come in and overtake Dalton immediately, but the Bengals have no long-term options and could select a rookie backup.

Obviously, the Packers don’t have the same type of need at the quarterback position as other teams on this list. They are only showing up here because of buzz that they were intrigued with Missouri’s Lock. If they want him, they likely have to trade way up to the top of the round.

With veteran Ryan Fitzpatrick and no significant young options, the Dolphins have the biggest quarterback need in the league. The thing is, they don’t seem to care. This team is clearly in “productive struggle” mode and looking towards the 2020 draft when Tua Tagovailoa, Justin Hebert and Jake Fromm could all be available.

These three teams, all with starting quarterbacks at age 37 or older, are perennial candidates to add the “quarterback of the future,” or at least attempt to. Based on mock drafts and current backup situations, the Patriots seem most likely to select a rookie while the Steelers, coming off a new contract extension for Ben Roethlisberger, can likely afford to wait a year or two.

The Bucs drafted former Southern Cal back Ronald Jones last year and that proved to be a mistake. With Bruce Arians now in town, this is an exciting landing spot for the top available rookie backs. Tampa picks seventh in round two.

After trading away starter Jordan Howard, the Bears have a gap at the running back spot. While dynasty favorite Tarik Cohen will have a significant role, he is not a ball carrier. The team did add former Seahawks back Mike Davis but seems unlikely to go into the season with him as the lead back. Any rookie drafted by the Bears will be the likely starter, at least that’s how dynasty owners will value him.

Just how long can the Texans continue to roll out Lamar Miller as their starter? Not only are their doubts about Miller’s upside, but backup D’Onta Foreman may not be able to cut it in the league. A rookie back in Houston would see a nice value gain in dynasty leagues.

The Bills have already added veterans Frank Gore and TJ Yeldon through free agency this season, though neither of those are long-term every-down back options. With LeSean McCoy still the presumed starter, this is already a crowded backfield but is in need of an infusion of youth.

Even after signing former Saints back Mark Ingram, the Baltimore Ravens have still been linked to rookie runners. This could be a nice spot for a pass-catching back, but Baltimore could potentially wait until day three to fill that void.

It is not easy to project what the Colts might do when it comes to their backfield. After drafting a pair of backs in last year’s draft, Indianapolis relied on Marlon Mack as their starter for much of the season. Mack played well, though some question if he can be a consistent every-down back. The Colts have few needs and could take a risk if a talented rookie runner falls.

The Jaguars spent a top-five pick on running back Leonard Fournette just two years ago, but things have not gone well since. Fournette missed a large chunk of the season with injuries, was suspended by the team for an on-field fight and lost his guaranteed money as a result. Oh, and Fournette just got arrested two weeks ago. Jacksonville using a day-two pick on a rookie back would sound the distress signal for Fournette dynasty owners.

The Vikings lost veteran Latavius Murray via free agency and made no move to replace him. Given the injury history of starter Dalvin Cook, this could be a very necessary pick and any rookie landing with the Vikings will become an underrated rookie draft target.

The Eagles made a move to improve their backfield a few weeks ago, trading for Jordan Howard from the Bears. That gives the team the freedom to make any move, or none at all, when it comes to their backfield. This roster is littered with underperforming backs behind their new starter.

After the Kareem Hunt ordeal, the Chiefs have been long-presumed to draft an early running back to fill that void. The way veteran Damien Williams ended the season, along with the addition of Carlos Hyde via free agency gave the team some flexibility. With the recent Tyreek Hill news, the sudden need at wide receiver will likely trump any backfield leaning the Chiefs might have brought into the weekend.

While the Cowboys and Panthers have their stud running back starters locked in, each of these teams have major needs at the backup running back spot. I have bad news for dynasty owners…some of the rookie backs we think we like are going to end up in these backup roles. Let’s call that getting John Kelly’d.

Definitely just an oversight. Harris belongs near the top of that group.

Glad someone else said it…. some of these cock-eyed positional evaluations are hilarious.

Good write up. Yes, Damien Harris was not mentioned, but it doesn’t offend me too much…
I think there will be some good backs who do, in fact, get John Kelly’d. But also, I think much of this RB class isn’t very good to begin with so no major surprise if that happens. Will be actively moving back to late 1st – mid 2nd round range with my picks.

Was Drew Brees left out of the 37 or older due to Teddy resigning?