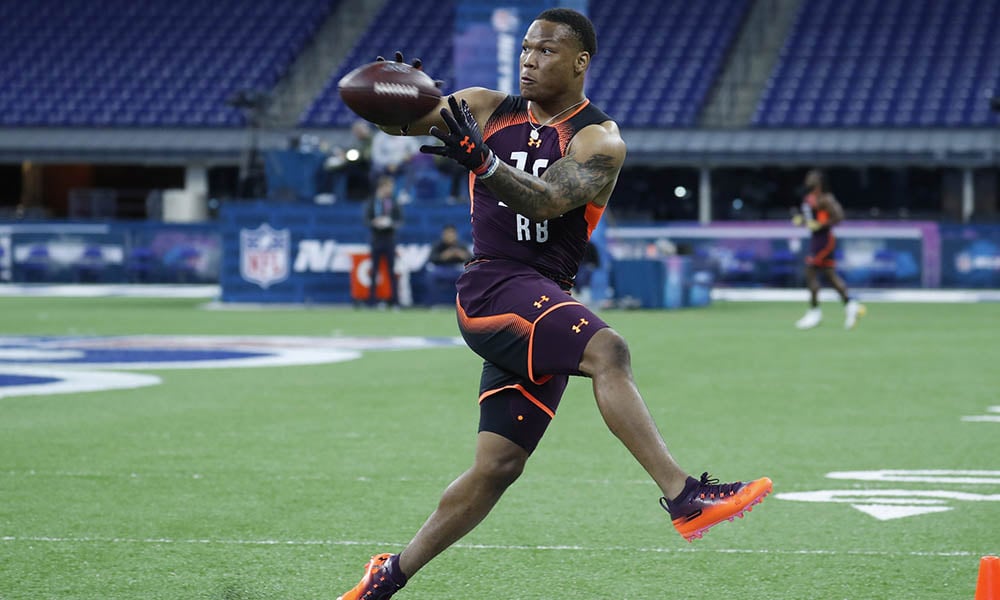 We look at the second half of running back prospects, and who they compare to athletically.

(Editor’s note: This is part two of two. Be sure to check out part one, posted yesterday!)

The 2019 running back class is different compared to the last few years. We don’t have any bonafide studs or “generational” talents, but we do have some interesting prospects. Almost every back in this class has a red flag on their profile which is a major scarlet letter, preventing them from being a top tier prospect.

When it comes to my comparison model, I like to run the comparisons tight to a player’s height and weight because I want the numbers to be as accurate as possible. This provides a snapshot of how a player could potentially look at the NFL level. Keep in mind, these are athletic comps and don’t take into consideration the player’s production and how they look on tape. It is just a view of a player’s Combine numbers.

Mattison is a very fun prospect to watch on tape. There’s a lot of good things about his game. His 4.67 40-yard dash wasn’t exactly optimal and his other measurables at the Combine didn’t help much either. At the end of the day, he still has excellent vision and the ability to read defenses which helps him slip by defenders in the open field. Like most of the running backs in this draft class, Mattison will need to get drafted by the right team and have some luck fall his way before we can crown him a consistent fantasy producer.

Many people have Montgomery as the top running back in this draft class. He consistently displayed beautiful footwork and agility to get by defenders during his three years at Iowa State. His performance at the Combine wasn’t expected. We knew he wasn’t a burner, but he wasn’t projected as a less than middling athlete either. I can’t believe that he didn’t do the three-cone drill because from analyzing the film it seems like he is more than capable of posting a solid time. Taking everything into account, he’s athletic enough to get the job done at the NFL level and his vision and mental prowess might be enough to get him over the hump.

This might be the second year in a row that Penn State is delivering the best running back in the draft. Compared to the rest of the running backs, Sanders had the best performance at the Combine. He provided good numbers for speed, burst, agility, and strength. Not only that, but his numbers correlate to what we see on tape. His 6.89 three-cone sets the tone for his player profile because on tape his lateral agility shines and his speed and burst are also a key focal point to how he wins on the field. Even though Saquon Barkley prevented him from breaking out at an earlier age, Sanders might be the closest thing we have to a bulletproof running back prospect at this point.

Singletary’s draft stock plummeted after his performance at the Combine. At 203 pounds, a running back like him definitely needs the requisite amount of speed to be able to compete at the NFL level, and Singletary did not display that. Not only was his 40-yard dash time horrific, but his three-cone might have been worse because indicates that he doesn’t have the lateral quickness to surmount his lack of speed. I’m not a big fan of letting the Combine drastically impact your ranking, but we might have to make some exceptions this year.

We already knew that Snell wasn’t going to light up the Combine, but it would have been nice if he was a little faster and could have posted better numbers on the other drills. He’s not a good athlete and will need some luck in order to become a productive back in the league. There have been a few backs who’ve been able to carve out a role with similar athleticism, but those cases are few and far between. Snell really needed to exceed expectations last week for him to move up the ranks.

After rushing for 1,760 yards and 18 touchdowns last season, Williams still managed to get slept on by many draft analysts. He didn’t totally bomb the Combine, but his performance could have been better. He displayed lack of burst and short area quickness with less than optimal vertical and three-cone numbers. His 4.51 40-yard dash was palatable for a 206-pound running back. Like almost all of the running backs in this class, he’s a wait-and-see case, because where he lands in the draft will drastically impact his fantasy value.

Bruce Matson
Writer at Dynasty League Football
I'm a financial counselor for a hospital in South Central Ohio. I graduated from Muskingum University with a bachelor's in business while minoring in Economics and Accounting. I won my first fantasy football title with Jake Plummer as my quarterback.
Latest posts by Bruce Matson (see all)
2019 Running Back Athletic Comparisons, Part Two