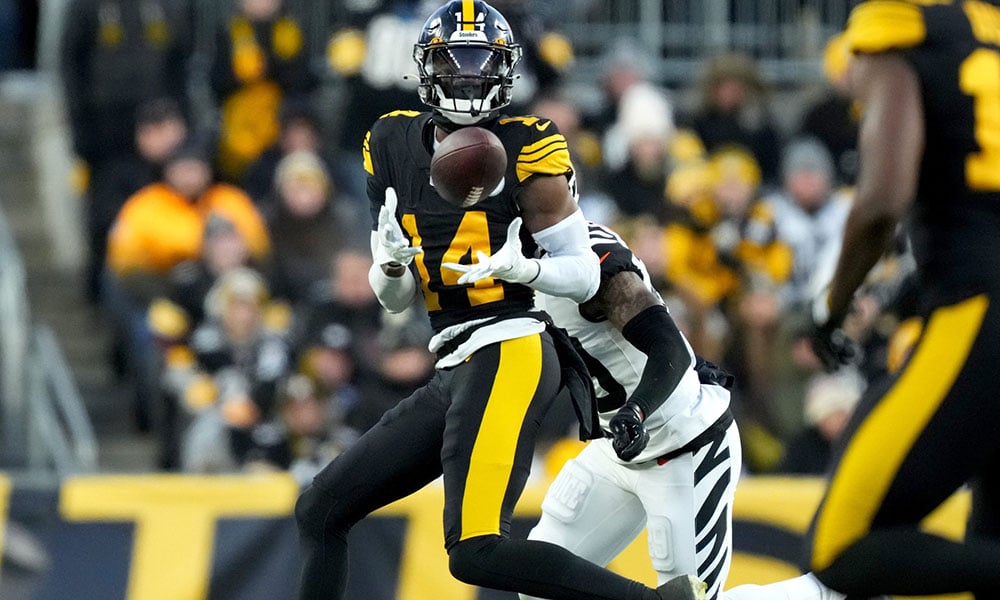 We examine three players who have been talking points on social media this week.

It’s Thanksgiving week and the season is what it is at this point. Either your team is out of contention and you’re starting to look at next year’s draft or you’re in the playoff hunt and looking to make a move. Below are a few of the tweets that may alter those Championship moves.

Christian Watson has more TD catches (5) in last two games than these players all season:

It took half the season but Christian Watson is showing everyone why the Packers took him in the second round. After just ten receptions through his first six games of his rookie season, Watson has leveled up the last two games. Between the last two Packers games, he has 14 targets, eight receptions, 155 yards, and an incredible five touchdowns. The five scores are more than a lot of All-Pro caliber receivers as the tweet mentions above.

Watson’s breakout also couldn’t come soon enough for Packers quarterback Aaron Rodgers. There was chatter that Rodgers wasn’t nearly as good as he was when Davante Adams was there to bail him out. In Adams’ absence, Green Bay has seemingly thrown several options against the wall to see what sticks. From signing veteran Sammy Watkins in the off-season to drafting three receivers in the 2022 NFL Draft, Green Bay went looking in a lot of places. At the moment, they look like they hit on Watson.

Dynasty Impact: Watson’s dynasty value was starting to decline thanks to his production, or lack thereof.

That will undoubtedly change but how high is too high? Dynasty leaguers may see the next Davante Adams in Watson and rank him that high. But until he can prove he can hold up over a whole season and produce at this level, you should exercise caution. Not to mention, we don’t know how much longer Aaron Rodgers will even be around. There are signs that his ability is starting to fade and when it does, the decline will be rapid for a soon-to-be 39-year-old quarterback.

If someone offers you a package that values Watson as a WR1 before this year’s deadline, take it. The Packers as a team are on the decline and while Watson has been a bright spot, we don’t know how long he’ll shine.

Zach to the Future

"Sources inside the Jets’ losing locker room told SNY that Zach Wilson was walking around after the game “like he isn’t the problem.”

It rubbed more than a few the wrong way, frustrating several others." (via @Connor_J_Hughes) https://t.co/mhgvtofG6g pic.twitter.com/NOuRLxll42

In recent years, teams have been quicker to make long-term decisions about keeping the young quarterbacks that they drafted early. From Daniel Jones not being given a fifth-year option in New York to Mitchell Trubisky moving on from Chicago after four seasons, a team may move on even earlier. Enter Zach Wilson and the Jets. Every rookie, especially one drafted as high as second like Wilson, gets a pass in their first season. Not only is the learning curve especially high but the pressure is too. In 13 games, he threw for just 2,334 yards, nine touchdowns, and 11 interceptions while adding four touchdowns on the ground.

Before this season, the Jets did all they could to add to the team around Wilson. They drafted receiver Garrett Wilson tenth overall in the 2022 NFL Draft and were the first team to take a running back in Breece Hall. So where has it gotten them? Wilson is still completing just 55% of his passes, he’s still averaging about 180 passing yards per game and he has just four touchdowns with five interceptions through seven games. Now add the PR blunder above and Wilson is trending toward not being a Jet in the not-so-distant future.

Dynasty Impact: Dynasty leaguers may have been on to something when it comes to Wilson’s value. Despite being the second overall pick in 2021, he’s never been considered more than a low-end QB2. This means he’s barely on the radar for superflex leagues and not even on it for 1QB leagues.

Now add the fact that he might not just lose the locker room but his starting job. Veteran backup Joe Flacco has simply outplayed Wilson in his limited time as a starter. In just three games this season, Flacco has thrown for nearly three-quarters of the yards (901-1,279) and more touchdowns (5-4). The offense was humming along with Flacco and his stretch kept them in the playoff hunt. The Jets are currently 6-4 and may not have a choice but to go back to the quarterback that looked competent.

As far as dynasty values, there’s not a market for Wilson even for those that would be theoretically buying low. He’s a hold until further notice.

The first post-Ben Roethlisberger season in Pittsburgh has been a disaster. The Steelers are perilously close to clinching their first losing season in head coach Mike Tomlin’s career and the franchise’s first in 20 (!) years. First-round pick Kenny Pickett has yet to show what the Steelers saw in him when they took him 16th overall. He’s averaging just over 200 passing yards per game and has thrown just three touchdowns against eight interceptions.

Luckily, there is a player the Steelers drafted this year that is showing promise. Receiver George Pickens slid to the second round after character issues spooked teams from using a first-round pick on him. He flashed his first-round ability in the preseason to the point he was climbing up rookie drafts and being taken before some actual first-round receivers. He’s largely delivered, totaling 33 receptions for 453 yards and two touchdowns through 10 games. He had his best fantasy game this past week, catching four balls for 83 yards and a touchdown. The Steelers’ season may be going down the drain, but Pickens’ isn’t.

Dynasty Impact: While the chances are high that Kenny Pickett returns as the Steelers starter next season, it doesn’t look like it will matter to Pickens’ dynasty prospects. With the recent trade of Chase Claypool out of Pittsburgh and the backseat that Diontae Johnson has seemingly taken, there are targets there for the taking. It’s been so noticeable lately that Johnson’s and Pickens’ dynasty value has completely swapped.

While the hit to Johnson’s dynasty value is a story in itself, Pickens’s ascent to top-20 status is impressive and needs to be taken seriously. If the deadline has yet to pass in your league, Pickens would make a good target that won’t cost a fortune. He’ll cost a lot more this off-season.

RELATED VIDEO
Enjoyed this video? If so, please be sure to LIKE this video and SUBSCRIBE to our channel for more awesome, FREE analysis all year long!
Michael Moore
Contributor at Dynasty League Football
Michael has played fantasy football for over 20 years when his mom funded his first team in the fourth grade. He’s contributed to various fantasy football publications and most recently spent five years writing for the Fantasy side of things at Pro Football Focus.
Latest posts by Michael Moore (see all)
Dynasty Twitter Observations: George Pickens up, Zach Wilson down, Will Christian Watson Last?