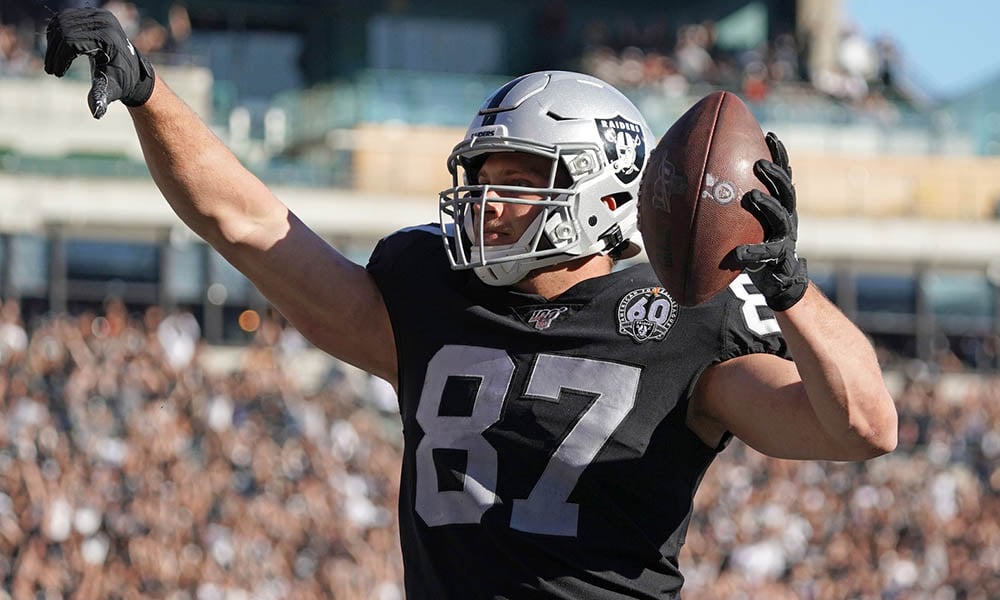 Are there still some valuable names available on the waiver wire?

In case you are reading this, there is one bit of information to know before you start reading names. Just like last year’s series, we will be utilizing player rostership percentages, courtesy of real dynasty rosters from 1,700 MFL leagues. While this may not be entirely accurate for every individual league, it is very reflective of how managers view who is worthy or not of a roster spot. Now that that’s covered, let’s dive into the waiver wire after week 11! I feel obligated to include McCoy in this week’s article based on what I would consider a solid performance from a backup quarterback. He was my favorite of the backups to play this week mainly due to the weapons he has around him, and that paid off with 238 yards and a touchdown to AJ Green of all people.

He doesn’t have the rushing upside that Kyler Murray does, but DeAndre Hopkins and Rondale Moore managers were happy that they were both still supported for fantasy. Murray has over a week to get healthy for next week’s Monday night matchup against the Cardinals, but at least McCoy showed he is serviceable in his stead, both for the Cardinals and for us in fantasy. You’ll probably never use him again this year, but should you have to, he’s not the worst backup to have on the roster.

Another player I feel obligated to include this week, Hinton actually had a decent day with 62 yards on four receptions, obviously helping no one in fantasy (I hope). Jerry Jeudy got hurt almost immediately when the game started with an ankle injury, which I have no update on at the time of writing this. Should Jeudy miss any games though, and KJ Hamler keeps missing with his hamstring injury, Hinton is the WR2 in Denver across Courtland Sutton. That may not be worth much this year since we can barely get anything for Jeudy and Sutton when they’re both playing, but if we can start Chris Moore, Phillip Dorsett, and Demarcus Robinson this year, why not include Kendall Hinton?

And the final piece of the obligation trifecta, Westbrook-Ikhine turned in a WR1 performance that I hope also helped nobody (though if it did, congratulations). In Ryan Tannehill’s return to starting AND Treylon Burks’ first game back, Westbrook-Ikhine posted 5-119-2 on a team-high eight targets, including a long 63-yard score. We’ve been down this road before with NWI for two years now, I think (?), and his reliance has been… spotty.

On paper, he’s the WR3 in Tennessee behind Burks and Robert Woods, which has never been a player we’ve wanted for fantasy. However, Tannehill makes this team better, especially in the passing game, so if NWI continues to be a favorite target for him or Burks/Woods miss playing time, NWI could be a flex-able player as bye weeks and injuries continue to plague us.

Finally, we get to a player I actually want to talk about. Johnson has been an interesting name to me all season, but very specifically the last month or so. He’s seen 4+ targets in three of his last five games, has eclipsed 40 receiving yards in three of his last five, and has four touchdowns over that span too. In a tight end landscape where it’s essentially a top-five tight end or bust and we’re excited about starting Greg Dulcich, Johnson has a spot as a start-able player at the position almost every week if you’re that desperate. He is highly rostered already, but if he is available in your league, I would throw a few bucks on him just to see what happens.

Well, well, well… finally we have a chance to see Moreau as the starter for the Raiders now that Darren Waller is on IR. I highlighted Moreau as a player to pick up and stash back in week four this season and everything I said then is still applicable today:

If you are in one of the 16% of leagues where he is available, I would pick him up and stash him now for a couple of reasons:

The combination of all of that makes for a very interesting tight end stash, most importantly the fact that he is a free agent after this season and could sign somewhere as a team TE1, especially after the commitment that Las Vegas just made to Waller.

In the dreary and sad tight end landscape in dynasty, we often try to identify who the next breakout is at the position. We often look for those athletic guys like Noah Gray, Kylen Granson, Donald Parham Jr, and Hunter Long. But what if the next guy is actually Moreau, who has flashed actually fantasy production, is potentially just as athletic as those guys, but has a clearer path currently to being a team’s starter than a lot of other stash tight ends. I would rather have Moreau over all of those guys, and more. So check if Moreau is available and if not, maybe tack him on as a throw-in during your next dynasty trade.

RELATED VIDEO
Enjoyed this video? If so, please be sure to LIKE this video and SUBSCRIBE to our channel for more awesome, FREE analysis all year long!
Addison Hayes
Contributor at Dynasty League Football
Addison has been playing fantasy football since 2009 and dynasty football since 2016. Creator of FFStatistics (now a part of DLF), Addison takes a very analytical approach to his fantasy game.
Latest posts by Addison Hayes (see all)
Dynasty Fantasy Football Waiver Wire: Week 11

I am a contender and earlier in the year I traded for Robert Woods thinking he’d help with a decent floor throughout the season. Obviously that didn’t happen… Do you think I would be better off picking up NWI in place of Woods? Or do you still think Woods has some value? TIA!