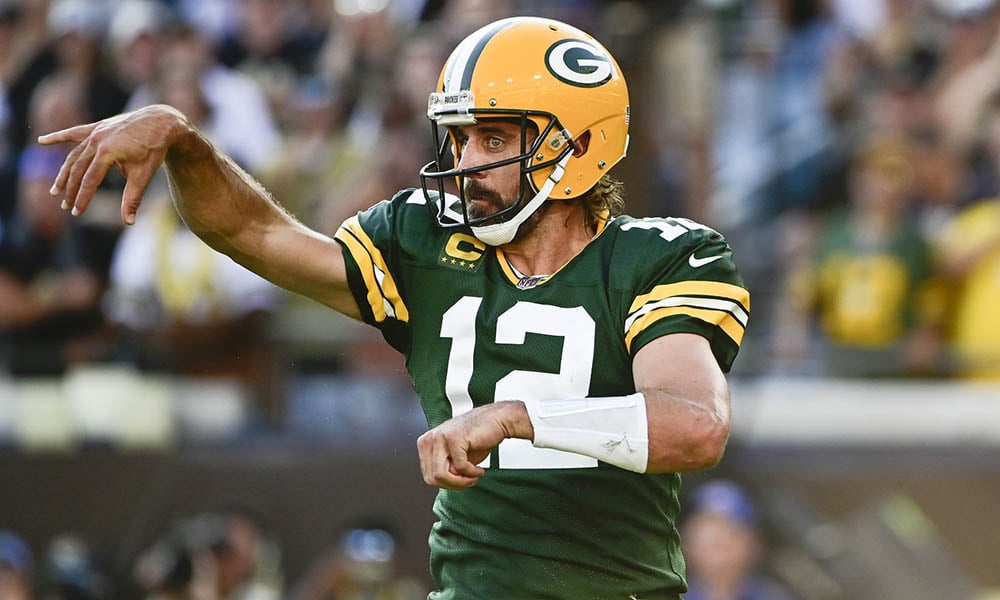 The most notable storyline this week is Allen’s elbow injury. We have zero idea of the severity of the injury, but he has missed practice this week. It may be fair to assume he does not play against the Vikings.

Comparisons to Carson Palmer’s elbow injury in 2008 are being made. Palmer was said to be week-to-week following the injury, sat the first game, played the next, and then sat for the remainder of the season.

Each injury is an individualized recovery, and we will need to continue to monitor Allen’s updates.

The first overall pick of the 2023 NFL Draft will likely be used on a quarterback. CJ Stroud and Bryce Young lead the class and one of the bottom teams can absolutely use a QB.

Houston, Detroit, Pittsburgh, and Las Vegas are the only teams with two (or fewer) wins. We can likely cross Las Vegas off the quarterback chase but the remaining three teams are intriguing. Pittsburgh just spent a first-round pick on a quarterback so that could rule them out, but so did Arizona before drafting Kyler Murray.

Carolina could use the quarterback but they have three wins. A team like Detroit has stockpiled draft picks to make a move up – if they decide – to draft a potential franchise quarterback.

Aaron Rodgers and Green Bay have had a huge letdown of a season, and are currently 3-6. This is game ten and they will have seven more to turn their season around. If they cannot, I think it will be time for the Packers to double-check Rodgers’ situation.

I am preparing for an entertaining off-season if this ship does not find its sails. Rodgers may retire, he may play, or he may get traded.

I am paying attention to how he plays, his body language, and any comments he may make moving forward.

Keenan Allen and Mike Williams are dealing with their respective injuries. The team did not make a splash at the trade deadline – this could likely tell us they will find their way back soon.

Allen is considered day-to-day with his hamstring injury. Williams is expected to return in two-four weeks from his high ankle sprain. All this while Justin Herbert has been dealing with that lingering rib injury too.

The Chargers will continue to lean on Austin Ekeler while getting Gerald Everett and Josh Palmer involved too. I hope we see Allen back, but this lingering hamstring injury is raising concerns.

We are nearing the timeline of recovery (mid-November) following Odell Beckham’s ACL. Teams have been recruiting him and he has made it obvious he wants to play in a city where he would like to live for a few years.

Kansas City, Green Bay, Buffalo, and Dallas appear to be the front runners. Working off the living situation, Dallas has to be the destination, right? These teams have a missing piece needed to be filled and a healthy Beckham would fit that puzzle.

Justin Fields has routinely been mentioned and I am glad it has come to fruition. The off-season frustrations were evident but the process is working out. The Bears started off slow but in the last four weeks, Fields has been a QB1.

The addition of Chase Claypool is great for his development. It also suggests the Bears do want to get him more talent, they just needed to take in the business side of a franchise first. They have been wiping the books and gearing Fields up for the future.

Scheming to the strengths of the quarterback and opening up the offense is paying dividends.

Ten weeks. Here we are. Ups and downs, highs and lows. I have begun trading for aging assets on contenders and have been acquiring draft capital or young proven players when need be.

Alas, we have good games to watch and individual performances to note. Cheers to week ten.

Corey Spala
Contributor at Dynasty League Football
Corey studies human behavior and analyzes data for a living and applies it to dynasty football. He utilizes a blend of data and humor to guide you through articles and/or videos. Shoutout to the process and shoutout to (hopefully) helping you in your dynasty leagues.
Latest posts by Corey Spala (see all)
Dynasty Fantasy Football Six Pack: Week Ten Storylines to Watch

If ARod moves on, is there enough love for Love to be the guy? Any chance Rodgers gets benched after a couple more losses to get an extended look at Love?