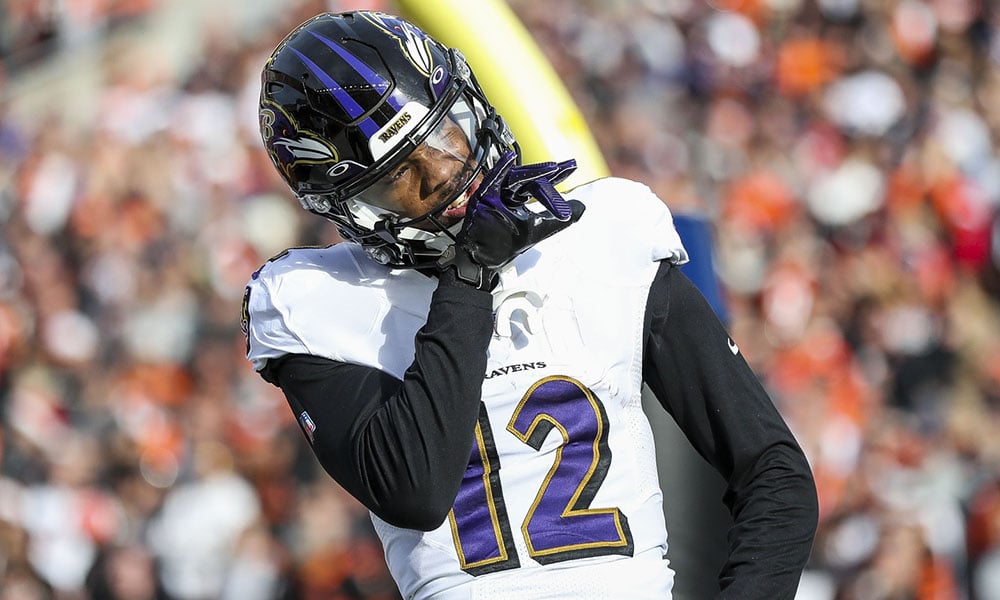 Who should be some of the movers in the latest dynasty rankings? And which way should they go?

We will avoid the no-brainer changes each week. Instead, we will focus on the more subtle shiftings amongst the ranks.

Raise your hand if you had Tagovailoa pegged as the top-rated passer through nine weeks. Now put your hand down because you are lying. Here we sit, heading into week ten, and the Dolphins’ signal-caller ranks ahead of Patrick Mahomes and Joe Burrow in passer rating.

He is undefeated in games he has started and finished (six wins, zero losses) and has thrown only three interceptions in 216 attempts.

Looking at the chart above, we see that there have been four of six QB1 finishes when an injury didn’t occur. The upside will be there for years, as Jaylen Waddle and Tyreek Hill are under contract until at least 2024. In watching the games, the trio appear to have a natural chemistry that is hard to come by. They also have an offensive genius implementing the game plan every week.

Folks are starting to catch on, as we can see from the above October ADP. Tagovailoa is being drafted as the QB11, two spots higher than his current DLF rank.

Who would have thought that the trade of Davante Adams would deconstruct the entire Green Bay Packers offense? Alas, that transaction, coupled with the rash of injuries to the receiving corps, has Aaron Rodgers playing worse than we can recall throughout the future Hall of Famer’s career. Dillon also feels the repercussions as his per-game average has dropped to 7.87 PPR points per contest in 2022. The third-year back has just one rushing touchdown. The volume is still somewhat there, as he sees 10.9 attempts per game compared to 11.0 last season. Since a strong showing in week one with 20.1 points, it has been all downhill since and reached a season-low 1.5 points in week seven. These are not the types of performances we expect from someone ranked as an RB2. The offense needs to improve to prevent Dillon from tumbling down the ranks. Green Bay is on pace to score the fewest points as a team since the 2005 and 2006 seasons. With Aaron Rodgers’s future in question, so is the future of all skill position players associated with the team.

We can quickly provide arguments for Rhamondre Stevenson, Miles Sanders, and Tony Pollard, all being placed ahead of Dillon in our rankings. The future is much brighter in all three of those players’ scenarios.

The cream stayed at the top, as expected. Justin Jefferson, Cooper Kupp, and Ja’Marr Chase all did their thing and will continue to do so, hence the positioning up at the top. We have a wideout who may be on the cusp of being a top-ten fantasy asset.

I love the talent of Rashod Bateman, I do, but the poor guy cannot catch a break. The second-year wideout was placed on IR after undergoing foot surgery that will end his season. He missed five games in 2021 due to a lingering groin injury. Durability is starting to become a genuine concern.

Bateman has also struggled with drops early on in his career. He is tied for eighth in the league with four drops despite being 113th in targets with 28. Another factor working against him is that Baltimore is a run-heavy offense. They are 27th this season in passing play percentage.

The good news is that Bateman is still just 22 years old. The bad news is that he has never had a WR1 finish across the 18 games he has played and has averaged less than 10 PPR points each of his two years in the league.

We would like to see a completely healthy Bateman play for a year before we continue to rank him as a WR2. The emergence of Isaiah Likely and Demarcus Robinson of late has done little to cement the oft-injured wideout as a shoo-in at the top of the target pecking order for 2023. Plus, Mark Andrews still exists.

There are three 23-year-old wideouts directly below the Ravens receiver in the rankings, and they can all move safely ahead of Bateman. That trio is Gabriel Davis, Jerry Jeudy, and DeVonta Smith.

The tight end position will be right behind the running backs regarding their rank volatility. With the scarcity of the position, we are always on the lookout for the next big thing. Perhaps a chip off the block is the answer for 2022.

The bye week killed some of the buzz surrounding rookie Dulcich, and I hope you took that opportunity to try and buy on the cheap. The third-rounder out of UCLA has come on strong since coming off the injured list in week six. In fact, the rookie has hit the double-digit mark in every game played in the NFL and is averaging 12.07 PPR points per contest. That average is sixth best amongst the position. Russell Wilson seems to have a knack for finding the 6’4″ pass catcher down the seams. That is evidenced by the number of targets Dulcich has seen of late. Dulcich is quick and able to accumulate yards after the catch in bunches, as evidenced by his 17.6 yards per catch in college. The 22-year-old was not drafted for his blocking prowess and has supplanted Albert Okwuegbunam as the preferred receiving tight end.

You can see why the Broncos and Russell Wilson like him, and you should too. Please go out and get him before week ten kicks off. You won’t regret it.

Fellow rookie Trey McBride has been a ghost and could be stuck behind Zach Ertz for a little longer than anticipated. Mike Gesicki and Dawson Knox are both limited by the number of weapons they have to contend with on their respective teams, leaving Dulcich quickly ahead of all three for us as things stand today.

RELATED VIDEO
Enjoyed this video? If so, please be sure to LIKE this video and SUBSCRIBE to our channel for more awesome, FREE analysis all year long!
Jeff Smith
Contributor at Dynasty League Football
Jeff is a “jack of all trades” type fantasy player. He specializes in dynasty but also dabbles in redraft and DFS. Baseball and golf are other fantasy formats he partakes in regularly. Family, sports and IT are his biggest passions.

He graduated from SUNY Alfred State in 2015 with a bachelor's degree in Technology Management. When he is not writing or playing video games, Jeff spends time with his wife Naomi and their Bichon Poo, Daisy.
Latest posts by Jeff Smith (see all)
Dynasty Top 250 Fantasy Football Rankings: Movers and Shakers