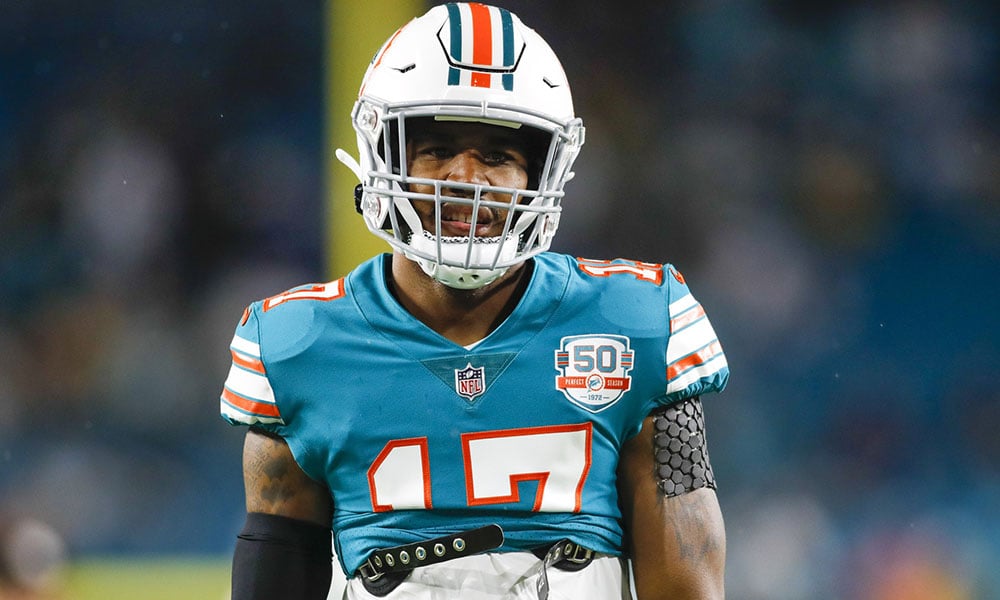 What are some more interesting dynasty storylines this week?

The NFL trade deadline has passed, creating a slight change in the dynasty landscape. You might have a trade deadline coming up (hopefully you do not) and it may be time to change your league’s landscape. Heading into week nine it is time to be proactive. Here are six storylines heading into the week.

Notable players like Elijah Moore, Brandin Cooks, and Kareem Hunt did not get traded at the deadline. This was likely surprising at face value, but when looking deeper, it likely makes sense.

What does this mean for the remainder of the season? The Jets noted how they need to get Moore more opportunities after playing only 10 snaps last week. Cooks has noted his frustration on Twitter and did not play on Thursday. The Browns may involve Hunt more, considering he likely is departing after the season and playing for a contract.

Other non-traded players may be finding playing time, like Cam Akers. Jerry Jeudy was mentioned in trades but looks to continue a solid season. I have always wondered what it must be like to almost be traded then have to come back to the team.

The Falcons are in first place and Cordarrelle Patterson has returned to practice. I have been preaching for Arthur Smith to utilize Drake London and Kyle Pitts more in the offense. However, there is a reason they sit atop the NFC South. Patterson is a great buy for any contender looking to make their playoff push.

Pitts has a touchdown in two of the last three games which may be telling us to expect him to be more involved. This is a frustrating fantasy-point-producing offense. It will be important to remain patient. It is hard to do that when we are entering week nine, so it may behoove anyone to pivot off Pitts and London to safer options.

This is a run-first offense and Smith is committed to just that.

Kadarius Toney was brought in to help the Chiefs find an offensive weapon to rely on outside of Travis Kelce. Subsequently, Toney was not on the injury report despite missing the last five games with the Giants. He has been practicing and is preparing to play Sunday against the Titans.

Andy Reid is notorious for getting the most out of his players. I am excited to see what will be schemed up in this offense for Toney. Andy Reid said: “we’ll try to work him in,” and I am curious if this is just typical coach speak. Regardless, this move was made for a reason and the Chiefs have found a new dynamic playmaker to hopefully fill the missing Tyreek Hill piece.

Toney is under contract through the 2024 season with a team option for 2025.

The biggest change in Chicago is… the offense and play calling. There has been a notable change I mentioned previously in this series and it is continuing to happen. The other change is acquiring Chase Claypool to help their franchise quarterback’s development.

In the last two weeks, the Bears have been ninth in EPA per play and seventh in success rate. The Bears have a top run game in the league. Defenses have to honor that. Claypool will be playing Sunday and his physical traits add a new dimension to the offense.

This acquisition will take pressure off Darnell Mooney and will create a new balance in this offense. Cole Kmet has had a disappointing fantasy season, but he now gets his college best friend. Who knows what this will do?

I am excited to watch the Bears and see what this offense can do against the Dolphins.

Tyreek Hill is on pace to set the single-season receiving yards record. He currently has 961 through eight games. This is amazing. Despite Hill leading the NFL in yards, teammate Jaylen Waddle is fourth with 727 yards.

First-year head coach Mike McDaniel has lived up to expectations. The Dolphins also traded for Jeff Wilson Jr, reuniting him with McDaniel. The run game will take a step forward and Wilson will have no problem getting acclimated to the system he already knows. The Dolphins bolstered their defense by trading for Bradley Chubb. He will look to add the pass rush dimension needed – considering he has 5.5 sacks this season and the Dolphins leader was at 3.0.

Currently sitting in second place, these moves are hoping to rally the team and help them push for a first-place finish.

There have been surprising performances and team standings heading into week nine. The 49ers, Buccaneers, or Rams are not in first place. Even the Bengals have been underperforming coming off their Super Bowl loss. These disappointing seasons have translated to fantasy production.

Matt Stafford and Tom Brady have been underperforming. It should be noted Mike Evans has dropped two deep touchdown passes. These small variables go unnoticed at the end of the day.

I find this exciting. The divisions are tight and battling out for playoff spots. I am unsure, but this may benefit fantasy scoring. If teams are fighting for the playoffs, they may need to get the ball to their best players’ hands, and often. Here are some notable players to look for:

Remember, these are notable players from the contending teams. DJ Moore seems to have his savior in PJ Walker, but the Panthers are in last place. It may be odd to mention a Saints player with the team being 3-5, however they are still hanging in the division. There are other players out there, just some to get the brain thinking.

Week nine is a tough bye week and adding on injuries will only make this week tougher. There are important variables to identify from the game’s conclusions. Apply this to your leagues and capitalize on contenders needing production or rebuilders needing draft picks.

We are about to be nine games into the season and with frustration building, it will be important to take a deep breath. Accepting the fantasy gods not being in your favor sometimes is just the best thing to do. Once that is done, it is time to attack the trades and not stay stagnant.

RELATED VIDEO
Enjoyed this video? If so, please be sure to LIKE this video and SUBSCRIBE to our channel for more awesome, FREE analysis all year long!
Corey Spala
Contributor at Dynasty League Football
Corey studies human behavior and analyzes data for a living and applies it to dynasty football. He utilizes a blend of data and humor to guide you through articles and/or videos. Shoutout to the process and shoutout to (hopefully) helping you in your dynasty leagues.
Latest posts by Corey Spala (see all)
Dynasty Fantasy Football Six Pack: Week Nine Storylines to Watch

I’m simultaneously excited to watch Malik Willis and not expecting much from him. Last week was what I expected out of him, but I’d imagine they’ll want him to throw more this week to keep the defense honest. Watch for the play action and option game to take on a bigger role with a full week of practicing with the ones.