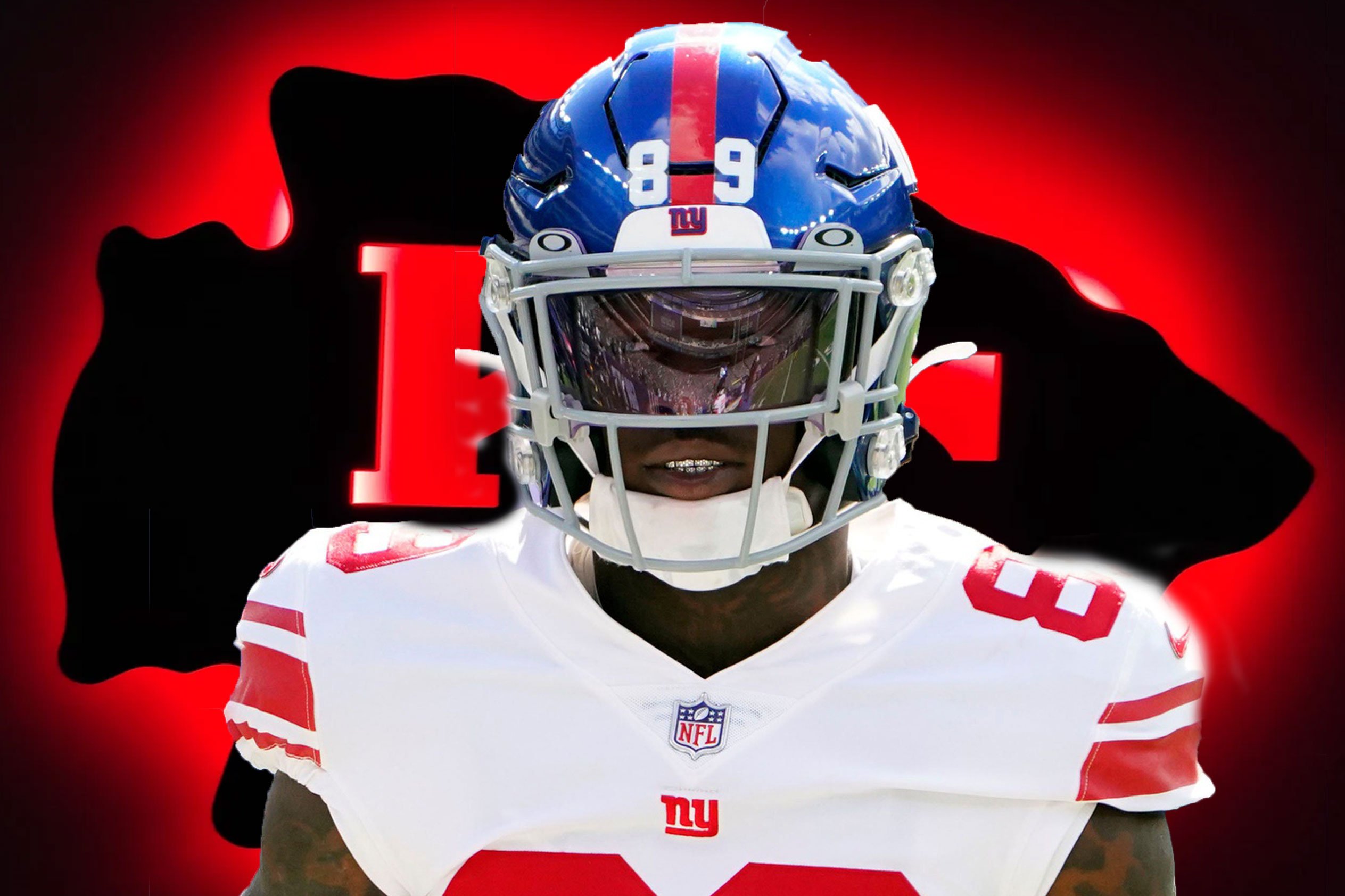 We break down the move of Kadarius Toney to the Chiefs.

When the Giants drafted wide receiver Kadarius Toney with the 20th overall pick in the 2021 NFL Draft, they believed they had a true big-play threat and difference maker at the position. While he’s flashed his talent since, Toney has struggled with injuries and apparently fell out of favor with Brian Daboll and the new coaching regime this season. As a result, he was traded today to the Kansas City Chiefs in exchange for a third and sixth round pick in next year’s NFL Draft. It’s a quick fall from grace for Toney, but also represents a new leash on life for him as well. Let’s take a look at the players whose values have changed as a result of this deal:

The Chiefs paid a lot to get Toney, so they obviously like his talent. Realistically, that’s never been a question with him. In fact, he started last year with a bang, including a ten-catch 189-yard effort against Dallas. Unfortunately, injuries took out a big chunk of his rookie season and he finished with just 39 catches for 420 scoreless yards. This season has started out even worse as his hamstring injury has cost him virtually the entire year and has limited him to just two catches for no yards in 2022. In addition, it’s been apparent the new coaching staff has not been enamored with him from the beginning of their tenure.

In Kansas City, Toney is a relatively low-cost “boom or bust” player for Kansas City. He really does have first round talent and if he can get healthy, he could be a serious weapon for Patrick Mahomes and Co. in the future. However, this has the looks of a long-term play for the Chiefs. Their offense is widely known as being one of the more difficult to learn and they likely view Toney as a player who they can utilize late in the season or, more importantly, next year when they will need to re-tool their wide receiver corps. Still, this move is great for Toney’s fledgling dynasty value and his ADP should start climbing now. He’s a great stash for virtually any dynasty team. This is where things get interesting. This pair has just started to play well and last week was certainly the highlight for both of them as Smith-Schuster posted a 7/124/1 line (his second 100-yard game in a row), and Hardman scored three different times last week as well. However, even though they’re both looking more productive moving forward, they’re also both free agents at the end of the year. Having Toney to groom now should give the Chiefs the luxury of seeing if they can count on him as a starter next season and make one or both of these players expendable. If you’re a dynasty owner of either of these two, you just can’t count on them being in Kansas City next season. Their value seems stable for the year, but this is clearly a situation to monitor moving forward. As for this pair of Chiefs receivers. they’re both under contract beyond this season. MVS has yet to really make an impact and Moore has looked like a disaster thus far. It’s conceivable to think the starters next year could be MVS. Moore, and Toney next season, but Kansas City now has some flexibility with Toney in the mix. Both of these players need to step up over the next few months and the ADP of both is likely to dip with the addition of Toney, especially if he gets healthy and starts taking snaps in the offense. The Giants have a mess at the receiver position and currently have a depth chart “featuring” Darius Slayton, Wan’Dale Robinson, Marcus Johnson, Kenny Golladay, Richie James, and David Sills. This move likely benefits Robinson the most as the Giants seem to be focused on giving him as many snaps as he can handle moving forward. Slayton has worked his way out of the doghouse and this helps him in the short-term as well. Golladay has been a disaster and the rest of these players, while each has shown some flashes, doesn’t really leave a lot to be desired in the long-term. If there’s a dynasty play here, my bet would be on acquiring Wan’Dale Robinson if you can.