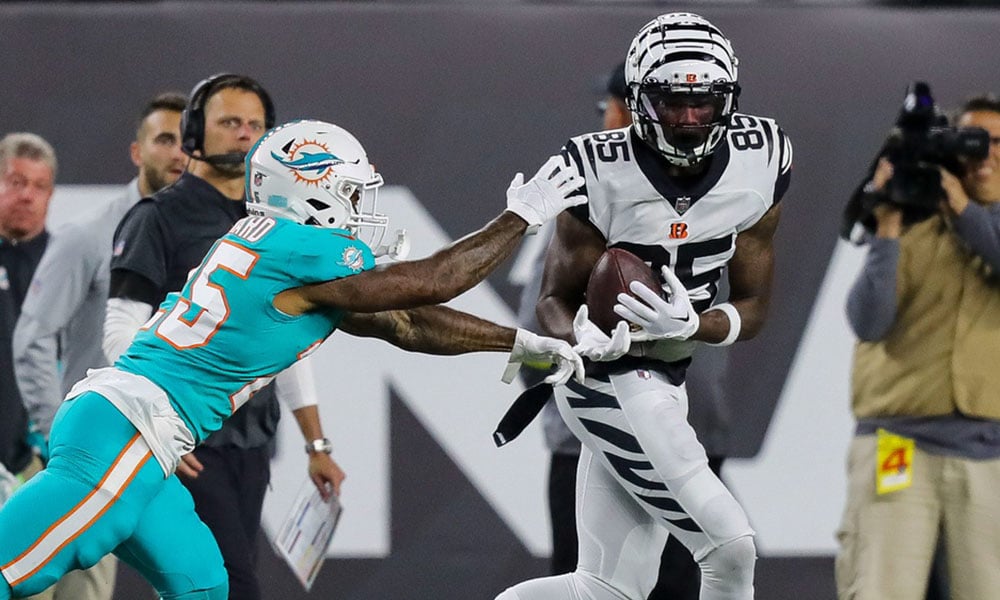 We examine the expected points data to see who is over or underperforming.

Welcome! This is a weekly series where we look at player regression trends on a week-by-week basis.

Throughout the season, I’ll collect the weekly data and post it on a sheet.

Romeo Doubs finished as the WR24 overall but was nothing like his week two 21.3 PPR points. Rhamondre Stevenson finished 22nd overall at running back but fell from eighth overall the previous week.

The bounce-back list (LOW) was less encouraging. Curtis Samuel and Garrett Wilson increased to a two-game slump, and DJ Moore also continues to struggle with his volume in the Baker Mayfield-led offense. AJ Dillon continues to have most of the workload, but Aaron Jones is good. Kareem Hunt was once again a top 36 running back not a top 24. Daren Waller continues to underperform his volume in the new depth chart.

Players who should produce more this week

I think we can dispense with talking about how Mark Andrews and Jonathan Taylor will bounce back. Let’s highlight some less obvious ones.

While last week may have been disappointing – especially if glancing over at Jamaal Williams – the team continued to much of its potential points into the position. Still, Herbert is used surprisingly little in the receiving game. He has surpassed one target once, in week three.

He underperformed his volume (13 points) in a loss to the Giants where the Bears only managed 12 total points. But next week they face Minnesota who has allowed the fifth most running back points this season and the third most running back rushing touchdowns (4).

In a low-scoring loss to the Cowboys, Gibson’s balance of receiving and rushing work failed to pay off. The last two weeks have been different. In weeks one and two he had 20 expected points; in the last two weeks, he has had 14. While JD McKissic has had a stable share of the volume last week, Jonathan Williams ate into his rushing workload as well.

This is a make-or-break week for Gibson in fantasy. Either this is a product of two-week of back-to-back slow-paced, low-scoring games, or a change in the wind will push his production potential outside of what we need in fantasy in 2022.

In week five Washington face the Titans who rank 14th against the running back position in both receptions and rushing yards. Gibson is a borderline start this week until we know more.

Players who should produce less this week The hit rate here has been so strong that the notable names on this list stand out a lot. So, let’s talk about it.

Joe Mixon has finished inside the top 24 in all but one week, as well as he should. His overall volume leads the position in “expected” points. In other words, he should be the RB1 this year, not the RB16. He has had 41% of the team’s red zone touches, and 15% of the team’s targets. But he’s been underperforming his volume by -8.7 fantasy points a game.

I mention this to explain why Tee Higgins is ranked as the 43rd overall wide receiver in EP%. However, Higgins has had 26 targets over the last three games. Still, the team is passing 57% of the time, nearly identical to Pittsburgh, whose quarterback situation makes an astonishing comparison.

Essentially, they are running in the red zone, and until Joe Mixon fouls out enough times to make them change their mind on the approach, Higgins is overproducing and is less startable in fantasy football than you may think.

I’m not overly worried about Elijah Moore of Garrett Wilson in dynasty, but for this year, Davis looks like he may keep playing spoiler.

Davis has over 10 expected points in the last two games and less than five targets in only one game. He has, however, only had a double-digit target share twice this year. In other words, sometimes the production will swing Davis’s way.

He’s a borderline flex, not a top-24 wide receiver every week.

Courtland Sutton is the lead wide receiver in Denver. When Jeudy scores a touchdown, he’ll be a great start. This doesn’t adjust for however talented he may be. In big games, he will get volume enough to produce, but only if Russell Wilson can improve.

We ae getting to that point in the season where running back volume is hard to judge with the regression model. We’d need to see several weeks of production before his rank climbs high enough for him not to look like an overproducer.

But even digging into the stats last week, it looks like a fluke – unless this game encourages the offense to move more of its volume towards the position.

No, I don’t think Hockenson puts up 40 points next week. Yes, I do think he continues to be a plug-and-play top-12 player at the position.

Anyway, that’s about all I have time for this week. Let me know what you think, and I’ll see you next week.