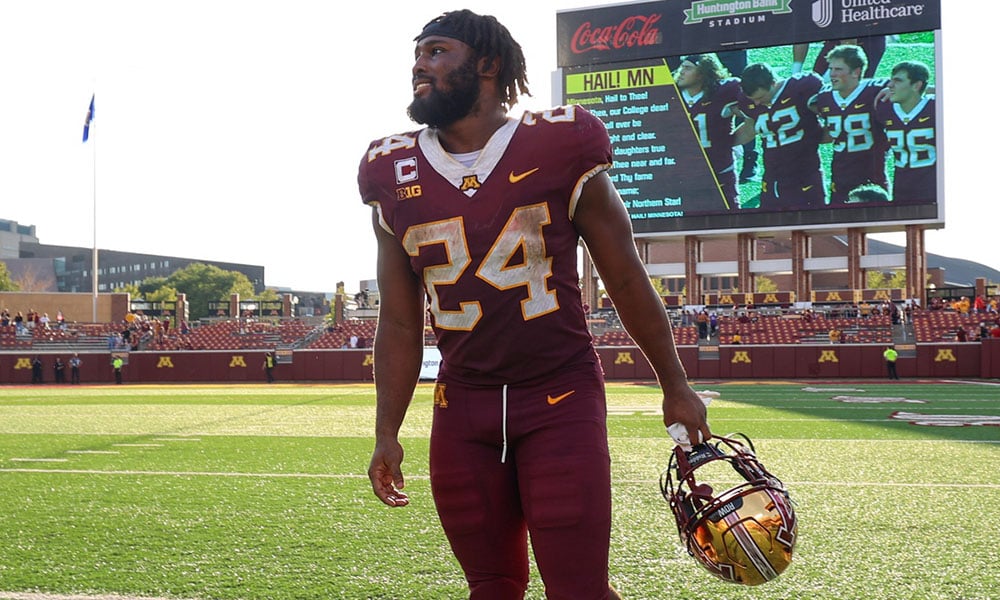 We offer up the latest stock market updates on some top devy players.

The Devy Stock Market continues into week three of the 2022 college football season, breaking down the highs and lows of the week in college football and how it impacts the value of players in devy dynasty leagues. This week, we break down a big injury comeback, a resurging sophomore, a volume hog running back, an interesting transfer and an elite tight end prospect.

Ibrahim was well on his way to being one of the top running backs in the 2022 draft, he had a pair of 1,000-yard seasons on his resume and 163 rushing yards in three quarters against Ohio State before his season ended with a ruptured Achilles tendon. The limited success of players post-Achilles injuries added to the fact that Ibrahim would be entering his fifth college season led to not many believers entering 2022, but he is easily proving those doubters wrong early on.

Ibrahim is having a Heisman-worthy start to the season, rushing for 130 yards and two touchdowns in each of the first two games. He had his best game of the season and his fourth career 200-yard rushing performance with 202 rushing yards on 8.8 yards per carry and three touchdowns against Colorado. From a devy perspective, I tend to fade the players in their fifth season of college football, but Ibrahim may be an exception with how much he is being faded by the devy community due to injury and age concerns. His medicals will play a large factor in his draft stock in the 2023 NFL draft.