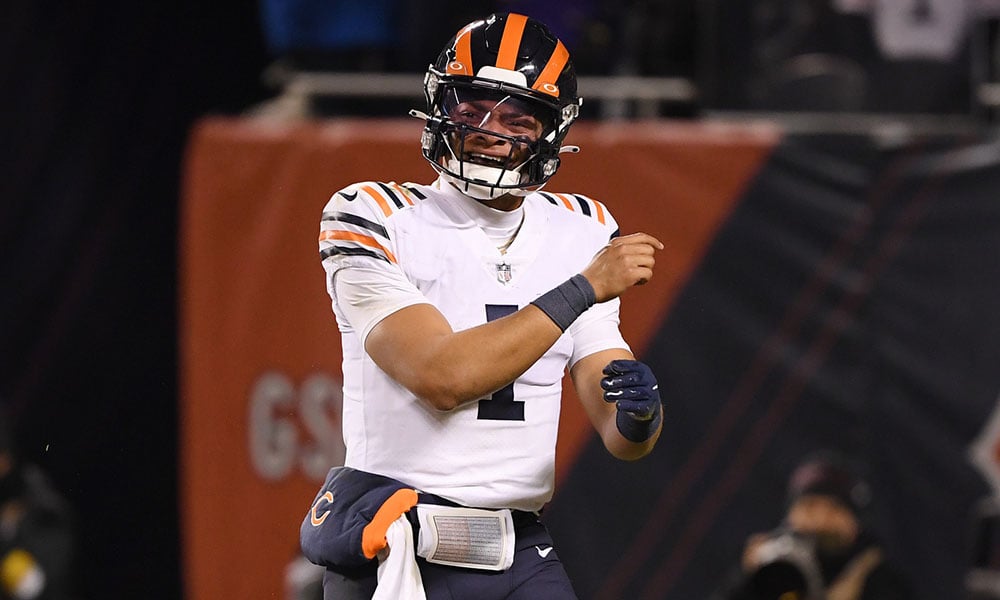 Corey Spala picks out six intriguing dynasty storylines ahead of the first NFL Sunday of the season.

Welcome to the weekly ‘Six Pack’, where I will be giving six storylines to pay close attention to. Keeping tabs on these will keep you prepared and informed throughout the season. I will touch on individual players or even a coach with the scheme and roles within.

We start with six polarizing topics heading into the season.

Courtland Sutton and Jerry Jeudy figure to lead the Broncos in targets, but only one can be the main guy. We know Russell Wilson is one of the best deep-ball throwers. This will pair well with Sutton, who had the second highest average depth of target in 2021. Jeudy works over the middle of the field, an area where Wilson does not typically throw. It should be noted the Broncos also have a new head coach (Nathaniel Hackett) and scheme coming to town.

KJ Hamler and Albert Okwuegbunam will be valuable pieces for the Broncos. Okweugbunam may find more consistent fantasy production compared to Hamler – it will be interesting to note the involvement in week one. I am interested to see how the target share and routes run percentages shake out.

I am intrigued by McDaniel and his ability to create a diverse offense for the Dolphins. He has been on record saying he would like to run the ball 30 times a game – this left me wondering as he did not necessarily say between just the running backs.

Mike Gesicki will be a player to note for game one. Gesicki is not a tight end fit for this style of offense, given his inability to block compared to George Kittle. The usage of receivers Tyreek Hill and Jaylen Waddle is another situation to note. Will both be used all over the field? Will one be a vertical threat while the other is underneath? Running back Chase Edmonds figured to have a lead role and will be another weapon to utilize through the run or pass game.

Game one against the Patriots will be an important flag plant moving forward for McDaniel and the new-look Dolphins.

Fourth-round rookie Pierce performed well enough to claim the starting role for the Houston Texans. He has exploded onto the scene, resulting in varying outlooks on the asset. Looking at our ADP Tool, Pierce’s value has grown substantially over just a few months.

The Texans will have a tough matchup versus the Indianapolis Colts. If the Texans fall behind, it should be noted if Pierce is involved in the offense. He has been generating buzz out of camp and the preseason, and now he has his chance to maintain just that.

Matt Eberflus took the head coaching job and wanted to create a “Kyle Shanahan-style” offense. He then hired descendants of that coaching tree. We know Fields was a great prospect and we know he had a rough rookie season. Was Matt Nagy to blame? Well, the new coaching staff and scheme will answer this question. Players have talked all off-season how the difference is night and day between 2021 and 2022. Players, including Fields, are ecstatic to get to work for their new coaching staff.

Fields has been working on improving on his flaws and the new offense will only benefit the situation moving forward. I know people think the Bears did not surround Fields to help his development, but we need to remember how bad of a situation GM Ryan Poles inherited.

Fields’ progression forward, despite the Bears’ record, will be the underlying notion. We know Chicago have a bad team. It is on Fields to show why he is a great quarterback with a tough matchup against the San Francisco 49ers.

Wilson suffered a knee injury that was reported to sideline him for four weeks, which was roughly three weeks ago. Head coach Robert Saleh recently said the earliest Wilson will be ready is against Pittsburgh… in week four. This means an original four-week recovery is now eight weeks.

I am not concerned about the running backs, wide receivers, or tight end for immediate production and dynasty outlook. Flacco is a veteran quarterback who is capable of delivering for the Jets and your dynasty teams. There are a lot of chances and questions here, and this will matter for Wilson and his future as a starting quarterback.

Carson Wentz is the starting quarterback for the Washington Commanders. However, his contract has an out after the 2022 season where he will have zero dead money in 2023 and 2024. He will undoubtedly be under pressure if he does not perform well. I am sure the Commander fans will be pounding the Sam Howell drum if Wentz struggles.

The Commanders have invested in their offense, and they will need a quarterback to deliver. Howell led the NFL in passing yards in preseason. He has to be given a chance during the season, but this is contingent on Wentz’s play.

There will always be more than six storylines to note. Injured wide receivers returning like Chris Godwin or Michael Gallup, for example, will be worth watching.

Cheers to week one of the NFL season.

Corey Spala
Contributor at Dynasty League Football
Corey studies human behavior and analyzes data for a living and applies it to dynasty football. He utilizes a blend of data and humor to guide you through articles and/or videos. Shoutout to the process and shoutout to (hopefully) helping you in your dynasty leagues.
Latest posts by Corey Spala (see all)
Dynasty Fantasy Football Six Pack: Week One Storylines to Watch