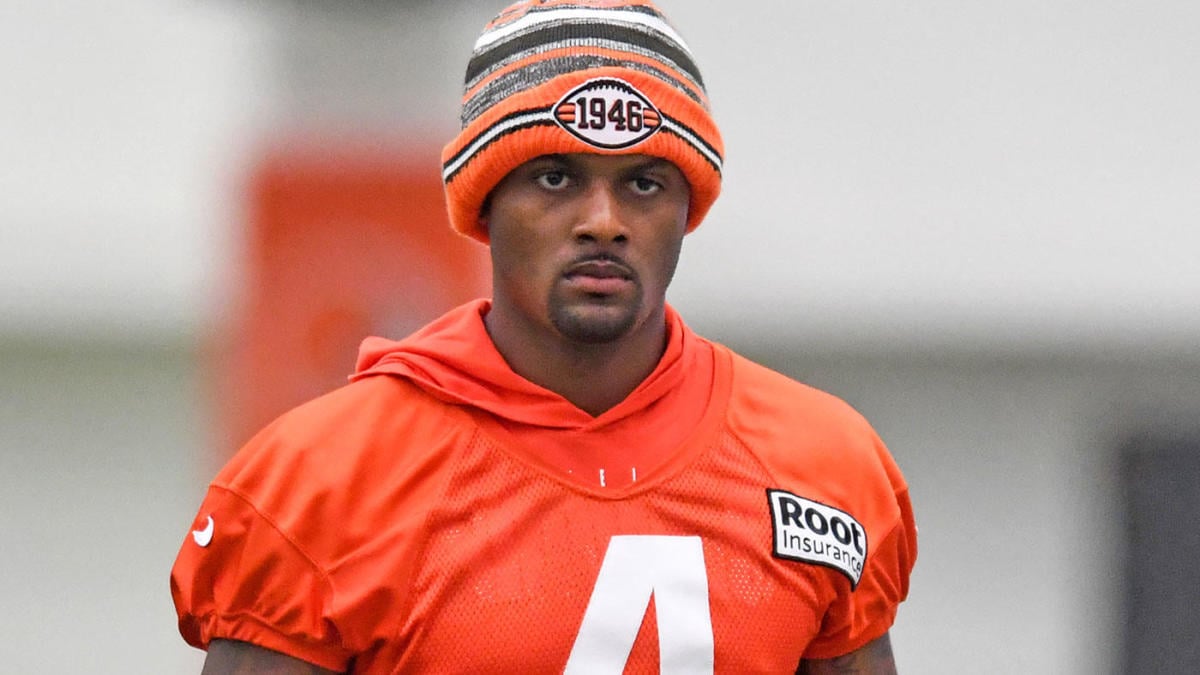 The NFL and the National Football League Players Association (NFLPA) reached a settlement in the Deshaun Watson case following the league’s appeal of Judge Sue L. Robinson’s initial decision, which called for a six-game suspension of Watson. The decision basically flipped Watson’s season, from playing in 11 games and missing six to playing six and missing 11. For our purpose here, fantasy football, that is a significant change as Watson will now miss almost the entire fantasy football regular season. Several weeks ago, I examined the fantasy impact of Watson missing six games, but now, armed with new information, let’s see what this 11-game ban means for him and the Browns.

With Watson missing in action until week 13- the Browns’ 12th game, he’s essentially worthless in redraft settings. Watson will eat up a valuable bench spot all season long and significantly hamper your ability to build a competitive roster when bye weeks and injuries start to pile up.

Obviously, in dynasty leagues, he remains a hold for now. There is a world where he comes off your bench for the fantasy playoffs and helps you win a title, but if you’re already in the playoff picture, you’re probably already set at quarterback, barring a late-season injury to one of your starters. As a result, for fantasy purposes, the new suspension essentially means Watson is done for the year.

Impact on the Team

The Browns seem to be locked in with Jacoby Brissett as their starter until Watson. The seven-year, four-team journeyman has two seasons as a starter under his belt. In both 2017 and 2019, he started 15 games for the Indianapolis Colts. In those starting campaigns, he averaged 274 completions on 458 attempts for 3,020 yards with 15.5 touchdowns and 6.5 interceptions. Brissett added another 244 rushing yards and four rushing touchdowns too. In fantasy, he’s averaged 13.88 points per game as a starter, the definition of low-end QB2 production. In theory, with 12 teams and two quarterbacks per team, he’s playable in superflex leagues, but you might be better off building depth elsewhere as that 13.88 points per game put him in the 60th player overall territory.

You’ll need to significantly downgrade all of the Browns’ wide receivers heading into the season. In 2017 T.Y. Hilton led Brissett’s wide receivers with 57 receptions and four scores; in 2019, it was 45 catches and five touchdowns. Not good. Brissett’s top wide receiver averaged 148 fantasy points- which is in low-end WR4 territory. Donovan Peoples-Jones, Davis Bell, and Anthony Schwartz are all not draftable at this point in any non-best ball redraft leagues. Amari Cooper is bench fodder with upside, but he too is more-or-less done for 2022 in my eyes.

If your QB stinks, the team is going to have to lean on the running game to stay competitive. During his two-year stint as a starter, Brissett’s running backs didn’t fare much better than his receivers. In 2017 Frank Gore and Maron Mack finished the season as RB19 and RB48, respectively, and in 2019, Mack and Nyheim Hines finished 22nd and 42nd. With opposing teams not scared of a Brissett-led passing attack, the run game suffers too. Nick Chubb and Kareem Hunt are both being overdrafted right now and will likely disappoint fantasy owners in 2022.

The only potential winner in this scenario is tight end David Njoku. Brissett’s TE1 averaged 61 catches, just under 600 yards, and four scores. Not mind-blowing numbers, but enough to be TE14, which given the variance in the tight end landscape, he’s definitely in play in 2022. There’s a chance Njoku emerges as the lone bright spot in this offense for 11 games.

As all the cool crypto kids like to say, “Buy the dip!” As the year progresses and everyone on this team underperforms, the prices to acquire everyone on the Browns will continue to fall. Oddly enough, over the next week or so, Watson will probably bottom out, and his acquisition price will likely climb throughout the year. As more games missed are behind him instead of ahead of him, savvy dynasty owners will gladly take the discount to add him to their rosters as decisions for 2023 and beyond become more important than 2022-related decisions.

If you’re inclined to sell Chubb, or Hunt, or Cooper at this point, you probably have to do it before the season starts because you’re likely looking at diminished returns over the next 12-15 months on all of them.

There is a world where the Browns realize that they’re not going to be competitive with Brissett at the helm, and it’s a lost season for them. However, if they don’t want to flush the year down the toilet, they could bring in an upgrade. Currently, the main man on the market is the 49ers’ Jimmy Garoppolo. Garoppolo has QB14 and QB17 finishes under his belt in two of the last three seasons and has led a team to the Superbowl. He would be a significant upgrade to the Browns’ offense and all players for fantasy purposes.

If the Browns do decide to sign Garoppolo, delete this entire article from your memory banks. However, if they keep Brissett in place, delete all the Browns from your redraft rosters and reset your expectations for your dynasty rosters. With the NFLPA and NFL agreeing to a settlement, this is the final, official end to the ongoing Deshaun Watson saga. No matter which direction they choose to go, dynasty owners can now move on confidently with the knowledge of how many games Watson will be available to them and their teams. We’ll see how it plays out in real life, but all arrows are pointing down as of today. Adjust your rosters accordingly.

John DiBari
Contributor at Dynasty League Football
Like a true degenerate, John has over 20 years of fantasy experience across all sports. Nowadays he primarily focuses on dynasty and redraft football, fantasy golf, and fantasy hockey and has written about each across multiple platforms for nearly 5 years. He loves rookie mock drafts and can always find a negative, pessimistic angle on all your favorite players.
Latest posts by John DiBari (see all)
Dynasty Fantasy Football: Deshaun Watson Suspension Update

The only way the NFL will listen to the Fans is IF their fans stand up and say WE’RE BOYCOTTING “ALL” NFL SPONSORS. We won’t support nor buy your Products. It’s the only way you can stop these stupid NFL decisions is by hitting them hard in their pockets. Other wise you’re just stupid fans that will at most Boo Watson after you pay to go in and watch the game and they also know this time next year it won’t matter.