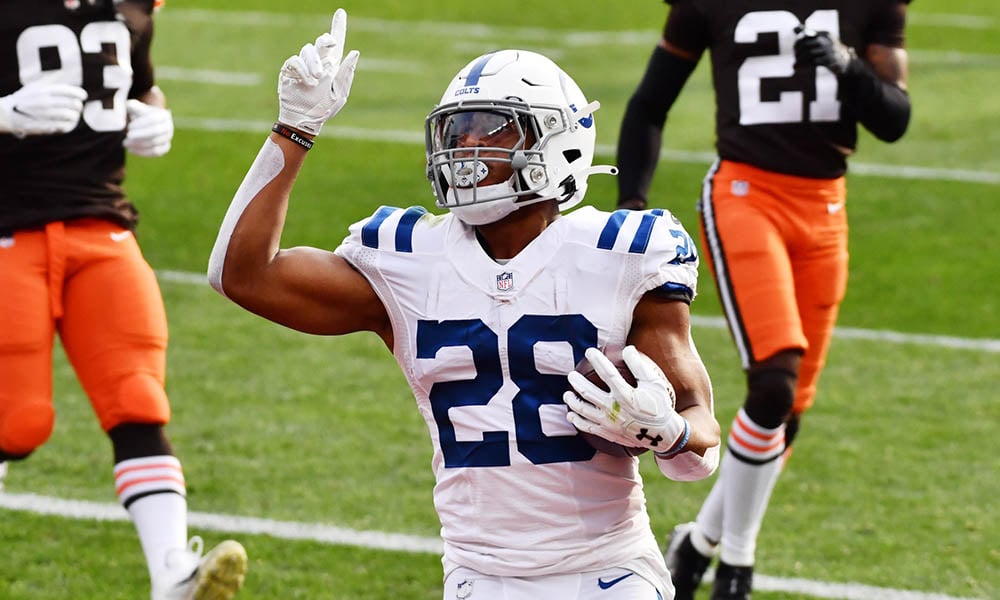 Editors note: For the second straight year the team here at DLF created a Dynasty Draft Guide to help you dominate your leagues, no matter what format. The Dynasty Draft Guide provides you with breakdowns of specific players you should target or avoid in 2022, but more importantly, it also contains evergreen strategy articles that you can refer to even after the 2022 season concludes. Check out one of those articles below, and remember as a DLF subscriber you have access to the entire guide here.

Many dynasty managers have long been proponents of trading running backs before their age 26 seasons. We’ve had many articles about how the age cliff comes suddenly and definitively once a running back turns 26 years old. Many simply refuse to expend major capital for any running back who is nearing the age cliff.

Let’s get the caveats out of the way. This data is for the 2019 through 2021 seasons. Player age refers to the age of the player during the season. For example, Aaron Jones turned 27 years old on December 2, 2021, so for the data below 2021 is considered his age-27 season. Scoring is based on points per game unless otherwise noted and was pulled from the DLF Fantasy Scoring App. Only running backs who played at least 11 games qualified for this dataset. We had to set thresholds, so that’s what we decided on.

It’s often said elite fantasy running back production is a young man’s game. No matter who said it, it’s true. Every top-six running back over the past three seasons has been 26 or younger, where wide receivers from the age of 21 through age 30 put up top-six scoring seasons, running backs putting up that production ranged from 22 to just 26 years old. One note to this data is because Derrick Henry only played in eight games in 2021 he did not qualify based on our criteria. If we did include him you could add one more RB1 season to the ledger for the veterans. Henry would have been the only back aged 27 years or older over the past three seasons to put up a top-six season (he would have been the RB1 in 2021 with 24.2 PPG). The elderly make an appearance in this scoring tier. We had a 27-year-old sneak in a top 12 season, and Mark Ingram, off the back of a crazy efficient touchdown receiving season, give us another top-12 season in 2019. While 22, 24, and 25-year-olds are well represented, the singular age group that had the most RB6-RB12 seasons over the past three years were 26-year-old running backs. Interestingly, while 25-year-old running backs dotted the RB2 tier, 26-year-old running backs only reached this tier on three occasions over the past three seasons after leading the way in RB1 scoring. We also see the age of production (outside of a random player or two from the top-12 tier), expand to age 27 running backs. Seven such players produced RB2 years in the past three seasons. We have another couple of outliers at age 28 and 29 putting up RB2 seasons, but really, the production after age 27 is nearly non-existent.

Wide receivers can still produce top-24 production into their age-33 season, while running backs just can’t get past the age of 29 and still be useful in fantasy, at least over the past three seasons. In a world where exact answers are sometimes hard to come by, it’s nice to know definitively that fading old running backs is still a successful strategy. Now, this does look at production at a seasonal level and says nothing to older running backs who can provide a spot start. There’s no reason to think you can’t get a top 24 week or two from someone like Devonta Freeman, as shown this past year.

Over the past three seasons, 68% of top-24 running back production has come from players aged 23 through 26 years old – that’s a large amount of the best elite back production from a small age range. If given the choice between running backs you value equally, we would suggest drafting or trading for a running back who is entering their age 23 season – this would provide you several years of production, and still allow you some time to trade away these same running backs as they enter their age 26/27 seasons.

If you are fine allowing a player’s trade value to bottom out on your roster to squeeze every last ounce of production from them, feel free to hold them through the age 27 season. Just keep in mind only 9.7% of the top-24 seasons over the past three years have come from players who were 27 years old, and only three (4.1%) top-24 seasons total came from players older than that.

As noted when discussing wide receivers, a player’s age is just one data point. We could add a disclaimer here about how past production is not an indicator of future performance, but the numbers do not lie historically. This is not a new phenomenon — the older a running back gets, the less fantasy production he provides. Numerous articles have dug into this topic in the past.

One argument we’ve heard is this current generation of “old” running backs (Joe Mixon, Dalvin Cook, Derrick Henry, Alvin Kamara, Ezekiel Elliott, Aaron Jones) is a better class of running backs than the generation before them, so they are more likely to continue to produce as they age. There have been elite fantasy running backs in the past that produced at an advanced age, like Matt Forte, Curtis Martin, and Adrian Peterson, so there is precedent. However, for the most part, that was something that happened during the beginning of this century, and the last seven years have trended towards running back production coming from running backs 26 and younger as the NFL evolves.