Everyone here at Dynasty League Football is excited to announce the newest tool in your dynasty fantasy football toolkit – the DLF Dynasty Mock Draft Simulator! The Mock Draft Simulator is a free tool you can use to run mock drafts that are specifically geared towards dynasty leagues. There is no better way to prepare for your dynasty fantasy football draft than participating in a fantasy football mock draft. Mock drafts are easy, fun, and a great way to hone your draft strategies – or even just to pass a little time while waiting for the season to start.

To begin your mock draft, simply hit the button below and select your desired mock draft settings.

The Mock Draft Simulator is completely free and it is a blast to use. So run as many mock drafts as you like, try out different strategies and league settings.

Moving forward, you’ll find the link to the Mock Draft Simulator in the main menu, under Tools, Featured Tools.

This mock draft tool is just the beginning. We will continue to expand upon these mock draft settings and options. We have a lot more in store so stay tuned, and have a terrific season! 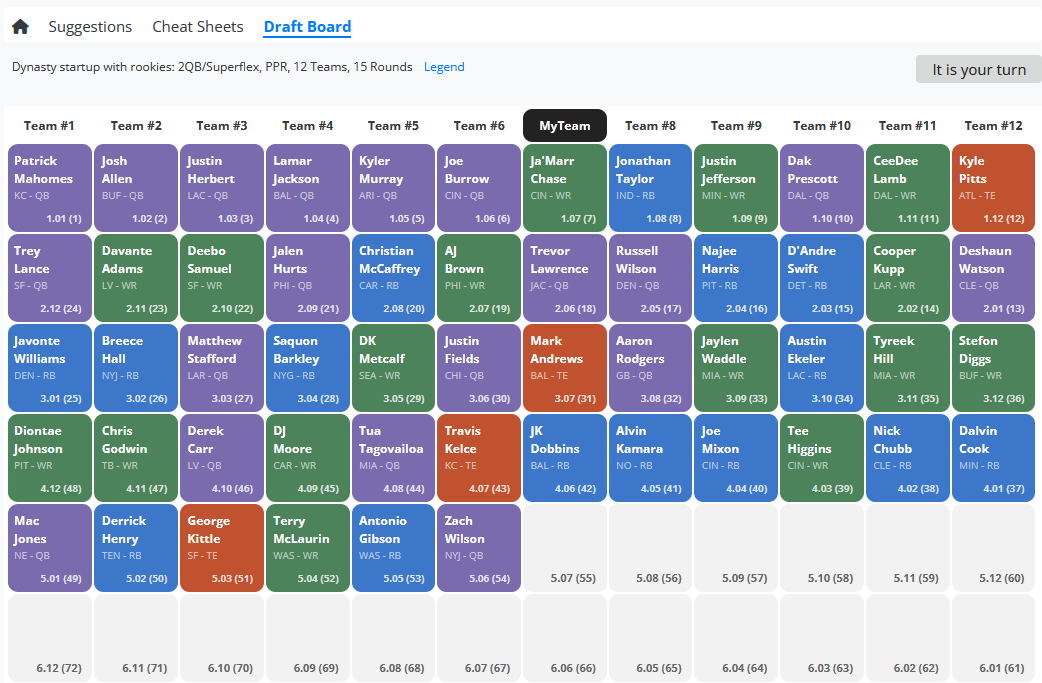 Ken Moody
Technology Manager - Betsperts at Dynasty League Football
I manage tech stuff for DLF and help in different areas at Betsperts Media and Technology Group.Give me a follow on Twitter at @dlf_kenm.I may occasionally share something useful.

Great tool, love it! Any chance moving forward it will become more customizable, particularly for the rookie draft where we can select our exact picks before starting the draft as opposed to always picking from the same spot?

Yep, that is on the short list. Thanks for sharing!

Lots of people have multiple picks in the same rounds, would it be possible to set up the draft so a person with 2 or more picks in the same round (1.02 & 1.04) and so on can do an actual mock draft ?? instead of mocking at 1.02 and then do another mock at 1.04 because that really does nothing as a mock draft. DLF would probably lead the field in mock drafting if you can develop that kind of software.

Yes, this feature is on the very short list of next steps. Thank you for sharing the suggestions, we very much appreciate the feedback!

Great tool so far. Already more realistic than Sleeper mocks, hah!
Please include an option for 3rd Round Reversal (3RR).

Thank you Andrew. It’s on the list. As far as the intelligence of the picks, we put a lot of work into the algorithm/IQ of the tool to make it as good as possible for v1.0. There will always be kinks and things to tune, but we’re pretty pleased so far.