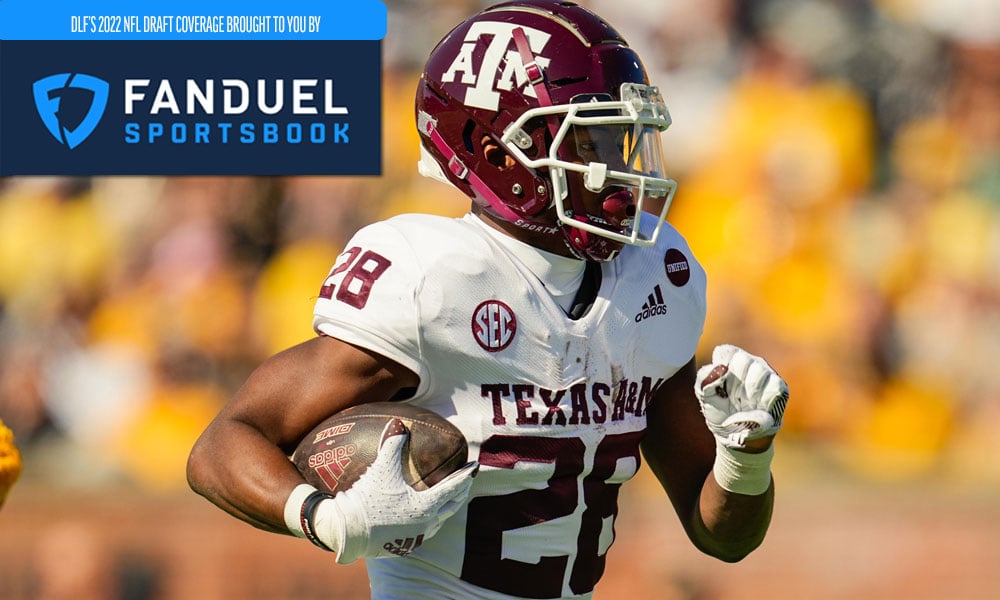 The NFL Draft and Dynasty Fantasy Football Rookies: What’s Next for Day Three

We bring you a quick look at the players still left on the big board.

Day Two of the 2022 NFL Draft is complete and Round Four will be kicking off before you know it. We finally saw some running backs and tight ends come off the board during day two, along with ten more wide receivers, but there are plenty more dynasty-relevant players ready to hear their names called on Saturday.

The Falcons, Panthers and Titans each added a rookie quarterback on Day Two, but there are still some teams who could target a quarterback early on Saturday. The Seattle Seahawks had multiple opportunities to select a quarterback to compete with or replace Drew Lock as their starter and could consider that again on Day Three. The Lions and Giants could also opt for some depth behind their embattled veteran starters.

Howell was widely expected to be drafted by the end of Day Two, so it is a bit surprising to see him still available. The North Carolina product has solid arm strength and showed off his running ability last season. The Seahawks own the fourth pick on Saturday and could be targeting Howell. Strong might have the biggest arm in the class but he also comes with some serious red flags, which could keep him off some teams’ boards altogether.

The top two backs in the class were drafted as Breece Hall and Kenneth Walker will suit up for the Jets and Seahawks, respectively. A handful of teams still need some running back help as we enter the draft’s final day. The Atlanta Falcons have had a strong draft so far but have not addressed the backfield yet. With just Cordarrelle Patterson and Mike Davis, they could do that in the final three rounds. The Houston Texans were reportedly interested in drafting Hall before the Jets traded up ahead of them. They could add some competition for veterans Rex Burkhead and Marlon Mack. The Titans and Giants are set with their RB1s, but could use some backfield depth as well.

While the quarterback, wide receiver and tight end lists have been decimated through three rounds, there are still several noteworthy running backs. The most interesting is Spiller, the RB3 in our pre-Draft rookie ADP. After a poor Combine, Spiller’s draft status was in question, so it is not a surprise to see him fall or to hear names like Brian Robinson or James Cook called first. Zamir White has a specific (and limited) role, which likely was a factor in his falling past Day Two, but there are still landing spots (namely Houston) that could offer him an immediate value boost. After an impressive Combine, Strong put his name on the dynasty radar, but that wasn’t enough to jump into the top-three rounds. Florida’s Pierce is one of the few potential bell-cow backs in the class, but didn’t get to fully show off his skills for the Gators. Even with Day Three draft capital, he could still find some nice value in rookie drafts, pending a good landing spot. After a half-dozen receivers were selected in the first round, ten more wideouts were selected on Day Two, giving us an amazing total of 16 through three rounds. Even in a class known for its depth, the quality options are now fading fast. If a team still needs a receiver, they will likely make a move early in round four.

The Falcons drafted Drake London in the first round but still have a very thin depth chart, currently relying on Auden Tate and Olamide Zaccheaus. The Ravens dealt Marquise Brown on Thursday, leaving them with Rashod Bateman and little else. The Packers finally added a receiver, trading up to select Christian Watson on Friday night. It would not be a surprise to see them add another pass-catcher in the final rounds, though.

There were no tight ends selected in the top 50 picks of the NFL Draft, but by the end of Friday evening, there were four off the board. Although there are a few teams who still have a possible need at the position, there simply aren’t many available rookies to fill a need. The Bengals signed veteran Hayden Hurst to a one-year deal and were reportedly interested in adding a rookie. The Raiders worked out more rookie tight ends than any other team, despite having Darren Waller and Foster Moreau on the roster already, so they may have found one they are targeting on Day Three. The Giants lost Evan Engram and replaced him with Ricky Seals-Jones, so they should be in the tight end business, too.

Latest posts by Ryan McDowell (see all)
The NFL Draft and Dynasty Fantasy Football Rookies: What’s Next for Day Three

Spiller to the Texans at the top of the 4th would be nice.