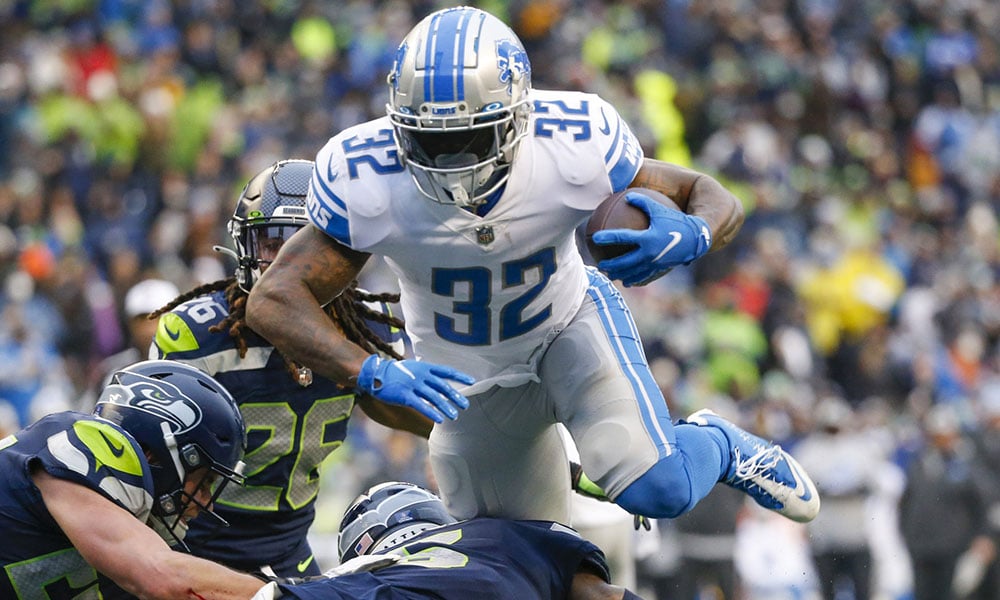 We answer more of your dynasty questions in the latest edition of the DLF Mailbag.

We answer more of your dynasty questions in the latest edition of the DLF Mailbag.

I’d be selling Kamara in any league I owned shares of him in. I’d easily take Swift over him. I recently move Cook/Conner for Swift in a Zealots league.

Who do you think has the most upside Amari Rodgers or Lazard?

I guess I can’t cheat and say neither? I guess Lazard, just because historically receivers who just face-planted as badly as Rogers did in his rookie season tend to not recover.

Saw this trade about a week ago in one of my leagues. Watson for Derrick Henry. And the new owner is now offering Watson up again….
Your thoughts.

Superflex, right? I would slam accept the Watson side. He’s looking to move him now???

Not SF. 1QB league. And yes, offered up by his new owner a few days ago.

Ah I’d just hold Henry in that case, unless it’s a 14 team or more league

Hey Shane,
I’m wrestling with the thought of when to trade Dalvin Cook (before he loses too much value). I could offer him in a package for the 1.01 or to another contender for the best younger RB I can get. I have him in two leagues, one is 1QB and one is SF. Both my RB rooms are getting old but I am definitely still contending in both leagues this year.
1QB- Mahomes, Stafford, Lawrence
1QB RB room is DCook/Mattison, AJones, Zeke, Monty, Ettienne, Hunt
1 QB WR room is DAdams, Tyreek, Tee, Jeudy, Theilen, Cooks, Bateman
SF- Kyler, Deshaun, ARodgers
SF RB room is DCook/Mattison, Ekeler, D Henry, Monty, Corrdarrelle, Pollard
SF WR room is DAdams, Tyreek, DK, K Allen, Shenault,
I’m planning to keep Mattison, I think he’s young enough to take over for Cook eventually? Think I may have to add something to Cook for 1.01, especially in SF. With the pick I would take the best rookie RB in the best situation or even trade down if I can still get a good RB.
I’m pretty loaded at all positions, but I have no draft picks to speak of.
What do you think about this plan? What are some runners I could realistically expect to receive in return from contenders? Should I stand pat and ride Cook for another year in either or both leagues?
Thanks!

I’m always team trade away RBs before it’s too late. In the superflex league I’m not ecstatic about adding to the Cool to get the 1.01, unless we’re talking about something minimal. You’ll be swapping out Cook for Hall I assume. If you can trade Cook for the 1.03 and some early 2nds I like that, gives you a shot at Walker and then shots on RBs in the 2nd.

I doubt Mattison ever takes over as the starter in Minny, but your rb room is good enough to move Cook no matter what.

I think there is a real chance that Alvin Kamara’s legal issues could preclude him from playing too much this season. He was on NFL business at the Pro Bowl, and that will factor into his suspension in my opinion. He punched a man eight times breaking his orbital bone that required surgery. The violent act was caught on surveillance video too. When it comes to suspending players, the NFL has always used 6 weeks as a baseline, but due to the circumstances, I think it could be more like 10 games. In addition, the NFL is not going to address the suspension until the entire legal system has played out, which could lead into the regular season.
I think it could end up being a lost season for Kamara, and next season he will only be a year older. If I owned Kamara, I would trade him ASAP before there is more of a spotlight on him regarding this matter.