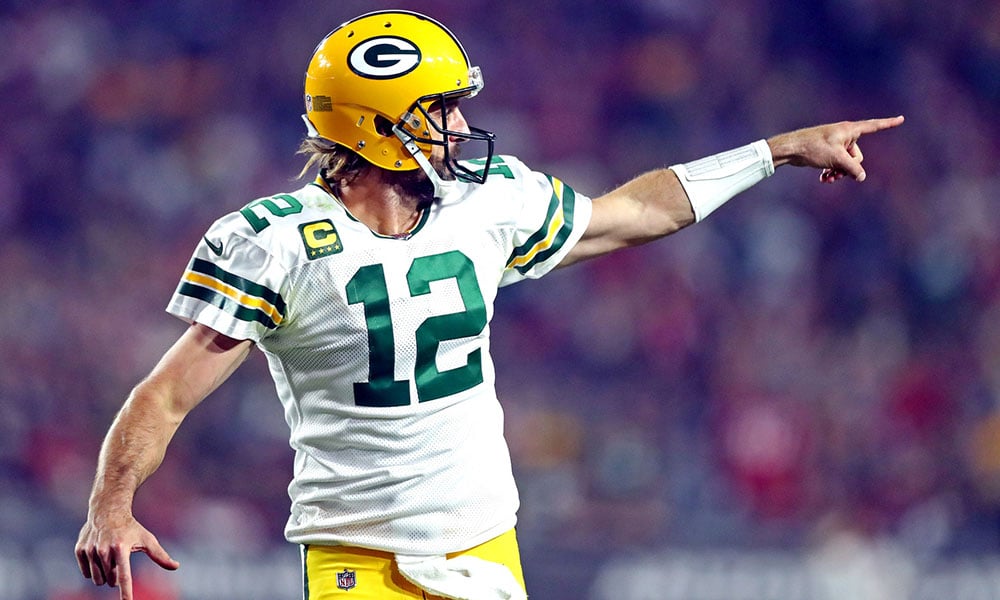 We discuss some of this week’s dynasty talking points on Twitter.

In the NFL’s perfect world, the week before the Super Bowl wouldn’t have any news to distract from the two teams playing and the game itself. But that didn’t happen thanks to some fairly big retirement news along with chatter about upcoming off-season moves. The season may be over soon but the hype train is just starting heading into next season.

It had to happen sometime and that time is now. After quite possibly the most successful NFL career of all time, Tom Brady officially retired. For those who have held on to Brady in dynasty leagues, even if they started when he turned 40 five years ago, the ROI was amazing.

But we’re not here to reminisce, rather look forward. Perhaps the player who will most be affected by Brady’s departure is receiver Mike Evans. He’s one of the few contractually obligated to come back next year and will most likely be the lead receiver in Tampa (again). Evans enjoyed a renaissance under Brady, notching his two highest touchdown totals in a season with 13 and 14 last year and this year respectively. What can we expect now that Brady is gone? Dynasty Impact: With or without Brady, Evans has been an elite dynasty receiver. He’s continued his streak of 1,000-yard seasons his entire eight-year career; he’s totaled double-digit touchdowns twice with Brady and twice without him. But he’ll turn 29 before the 2022 season starts and just lost (likely) the best quarterback he’ll ever have.

Evans’ dynasty value will take a hit this off-season so be sure not to sell at a huge discount. Yes, he’ll be 30 soon but he’s still physically capable of producing at the position and has done it with quarterbacks as erratic as they come (Jameis Winston, hello). According to the DLF Trade Analyzer, Evans is currently valued at a mid-first-round rookie pick. That feels right especially when you consider the weak 2022 rookie class coming in. Don’t sleep on Evans whether you’re a buyer or a seller.

Time will tell, but at least on paper this is the best new staff that I’ve seen put together this off-season https://t.co/Eu2UEzkLpe

Now that the off-season is (almost) upon us, it’s time for the hype trains to start leaving the station. First, up will be the Giants with their impressive haul when it comes to their coaching staff and front office. If new coach Brian Daboll can bring even a fraction of the offensive production he oversaw in Buffalo – which finished in the top three in points the last two seasons – to the Giants, there will be values to be had when it comes to your dynasty team.

Dynasty Impact: The Giants offense was a sinking ship to anyone involved, especially last season. The three main cogs all saw their dynasty value take a hit just by being in New York.

All three of Daniel Jones, Saquon Barkley, and Kenny Golladay are poised to benefit from the hiring of Daboll. There will be the inevitable bubble where other dynasty teams will want a piece of the action but they would still be a potential bargain at their respective positions, especially Jones in superflex formats. Keep an eye on trades using the DLF Trade Finder but if they stay the same for the foreseeable future, I would pounce before training camp.

If Rob Gronkowski decides to keep playing, he's got his eye on one QB in particular:

"It’s Joe Burrow, man… in the pocket he’s just so calm and he just slings it out on the field. I just love his swag, too."https://t.co/RAhPOBtQSx

That would be fun. Lost in the Brady retirement news is what happens to his running buddy Rob Gronkowski. Gronkowski famously ‘retired’ for a season before returning so he could pair up with Brady in Tampa where they won another Super Bowl in 2020. He then improved his production this last season to finish as a top-ten fantasy tight end despite missing a month of games. Gronk is truly a unicorn.

Dynasty Impact: While I have my doubts the Bengals would be as interested in acquiring Gronk as he seems to be in being acquired – CJ Uzomah did just fine this year – the thought of pairing Gronk with Joe Burrow is intriguing. Gronkowski will enter the 2022 season as a 33-year-old playing in his 12th NFL season and won’t be able to match the 1,000-yard seasons he was having in New England. But he can still score with the best of them and would far outproduce his current DLF ranking of 25th, even if it were just for a season. I’d be interested in bringing on Gronk on my dynasty team, especially if you’re lacking in the position.

Aaron Rodgers winning the MVP certainly wasn’t a surprise or a close call. He received nearly 80% of the votes and had no serious challenger most of the season. It’s his fourth time winning MVP and is just one behind Peyton Manning for the record. But it’s also a good time to revisit everyone’s favorite game: Where will Aaron Rodgers play next season? Just a few days ago, the oddsmakers had the Packers and Broncos tied for Rodgers’ most likely destination. It would be rather fitting for Rodgers to possibly tie Peyton Manning’s MVP record while following the same path of ending up in Denver.

Dynasty Impact: Despite turning 38 this past season, it’s clear Rodgers is still an elite quarterback in both real life and dynasty leagues. And honestly, whether he ends up in Denver or not, Rodgers will still be a top option for fantasy purposes. Think about it, how much higher can his production go? With only Davante Adams as an above-average receiver, Rodgers still threw for 4,000 yards and 37 touchdowns. Could a roster of Jerry Jeudy, Noah Fant, and more take those numbers even higher? Maybe. But not by much.

The point is don’t let a trade to Denver – or any other team – affect your evaluation of Rodgers. If he plays in 2022 (which isn’t a guarantee), he’s a top dynasty quarterback. He’s currently valued as a mid-to-high first-round rookie pick in superflex leagues according to our DLF Trade Analyzer. That value won’t, and shouldn’t, be changing anytime soon.

Michael Moore
Contributor at Dynasty League Football
Michael has played fantasy football for over 20 years when his mom funded his first team in the fourth grade. He’s contributed to various fantasy football publications and most recently spent five years writing for the Fantasy side of things at Pro Football Focus.
Latest posts by Michael Moore (see all)
Twitter Observations: Super Bowl Week

Hub Arkush.. is that you?

Ginger Rodgers has more MVP titles than CHAMPIONSHIP Rings, so much for that value LOL. Now the Moldy Green & Yellow Cheese-head only wants to chase the MVP title record instead of Championship rings and that’ll never make him better than Peyton Manning.