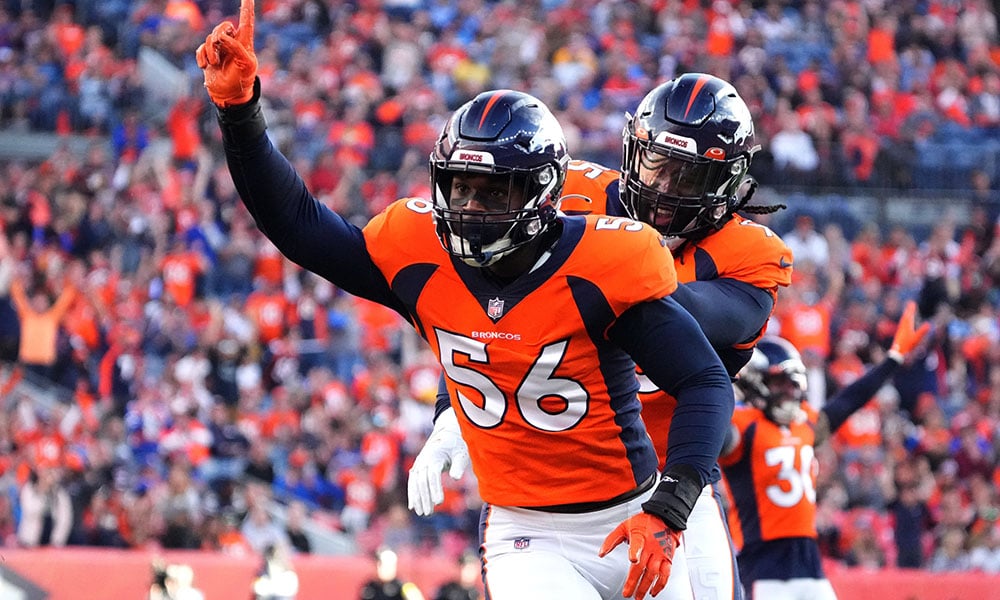 We continue to break down the snap counts across defenders in the AFC.

The playoffs are upon us and it’s all getting a bit tough. Fortunately, there are some good, impact pickups available this week.

Patrick Queen (55) continues to play most but not all Ravens snaps. Eight snaps don’t seem like a big difference but it adds up. This season he’s played in every game for a total of 606 snaps, compared to the Ravens’ total of 815. He’s just outside the top 36 LBs for the season, so expecting him to score better than an LB4 is pure optimism.

With corner Marlon Humphrey out for the year, Chris Westry (52) joined Anthony Averett (64) as the top outside corners. Tavon Young (20) was the slot DB, with Kevon Seymour (16) the number four guy.

Lineman Calais Campbell (6) played just a handful of snaps before leaving the game hurt. He’s had a great career but he’s the wrong side of 35 and he’s not the guy he was.

The Bills played over 80 snaps and only used 16 defenders. The entire secondary and both LBs played every snap.

As expected, Dane Jackson continued to play outside corner in the absence of Tre’Davious White. Levi Wallace and Taron Johnson were the other corners.

The defensive line remains an issue against good teams who can run the ball. Their rotation keeps everyone healthy, but it’s just not that effective. The Bills generated just ten total pressures this week. Chris Jones of the Chiefs did that on his own.

LB Logan Wilson missed this week with his injury. As expected, Germaine Pratt (71) again filled in for him, with Joe Bachie (47) remaining the next man up.

DE Trey Hendrickson played just 22 snaps this week after picking up a back injury. Cameron Sample (43) benefitted from his absence.

Rookie LB Jeremiah Owusu-Koramoah (72) dominated LB snaps with Anthony Walker out. He’s played okay as a rookie but the hype is a bit too high for him right now. Malcolm Smith (38) and Jacob Phillips (28) both also saw action.

Rookie corner Greg Newsome was out, so Greedy Williams (74) got to play opposite Denzel Ward (74).

Safety Ronnie Harrison missed the game too. Grant Delpit (74) got the nod.

Baron Browning (54) remains the top Broncos LB with a big lead over journeyman Kenny Young (31). Jonas Griffith (23) split his time between playing in the box and slot. Justin Strnad (9) returned from injury. This is a weak position.

Edge Malik Reed missed the game, so Johnathon Cooper (41), Bradley Chubb (40) and Stephen Weatherley (39) played. They recorded two pressures and no sacks – against the Lions. This is also a weak position.

LB Kamu Grugier-Hill (28) was carted off the field with a knee injury. Hopefully it’s good news for him. Neville Hewitt (32) and Garrett Wallow (21) played alongside Christian Kirksey (61). What a vile lack of talent.

Which honestly describes this whole defense pretty well. There are just no players you really want to invest long-term in. Edges Jonathan Greenard (44) and Jake Martin (42) are not terrible, but they’re depth guys. This team is just in wasteful, boring stasis.

The Colts enjoyed their bye week.

This is another AFC South defense devoid of much talent.

DE Josh Allen (38) is a good player, but as he’s the only threat on this team he’s being nullified pretty easily.

Corner Shaquill Griffin (71) returned from injury. He’s an OK player. He has very little business being the top corner on a defense.

The Chiefs dominated the Raiders in this game, particularly as a pass-rushing unit. Lineman Chris Jones (39) recorded a pressure on over a quarter of his snaps. DE Frank Clark (36) was a monster too.

Kansas City won so easily they took the opportunity to rotate some personnel. At LB no one played more than Willie Gay with 33 snaps. Nick Bolton (28) leads the unit in playing time for the season with 494 snaps. That puts him at 50th in the NFL. It’s so hard to be a useful IDP asset with that lack of playing time.

Corner L’Jarius Sneed missed this game, so Mike Hughes (64) stepped up. After his big play on the first snap from scrimmage, he led the unit in snaps.

At safety Tyrann Mathieu (47) was rested a little too with Daniel Sorensen (58) playing more than any game since his in-season demotion back after week five. Juan Thornhill (63) continues to be a full-time player.

At corner Brandon Facyson was dropped as a starter and played just 26 snaps as Trayvon Mullen (40) returned to action.

This team is falling apart.

Star DE Joey Bosa was healthier this week and managed 37 snaps. He might have played more had he been needed. As it was the Chargers took the opportunity to give Uchenna Nwosu (39), Chris Rumph (25) and Emeke Egbule (17) some more action.

At LB, Kyzir White (56) and Drue Tranquill (53) continue to play well ahead of Kenneth Murray (25) – even in a game where they rotated defenders. At this stage it seems very likely Murray’s career as a Charger is at risk.

Superstar Derwin James missed the game. Trey Marshall (70) stepped up to partner Nasir Adderley (68). Notably Adderley played much more in the box, with Marshall in the single-high role.

The Dolphins enjoyed their bye week.

The Patriots enjoyed their bye week.

LB Rashaan Evans (3) returned to action for the first time since week seven. Jayon Brown (51) led the unit, with neither David Long nor Monty Rice playing.

Janoris Jenkins missed the game at corner, so Buster Skrine (55) played alongside Kristian Fulton (47) and Elijah Molden (52). Skrine and Molden are both natural slot options. Molden stayed inside with Skrine playing plenty on the perimeter. The Titans have had nine different corners play this season.

Good luck in the playoffs!

Tom Kislingbury
Contributor at Dynasty League Football
Being from England Tom only discovered American Football in the late 90s. From there he's gone from casual defender to devoted obsessive and likes to delve into deep data primarily about defensive players. He spends his days trying to pretend the spreadsheets and graphs he makes about football are actually work for his day job. No-one is fooled.
Latest posts by Tom Kislingbury (see all)
AFC IDP Snap Counts: Week 14

For week 16, with Logan Wilson expected out: who do you like better for tackles…Anthony Walker or Germaine Pratt. Thanks!