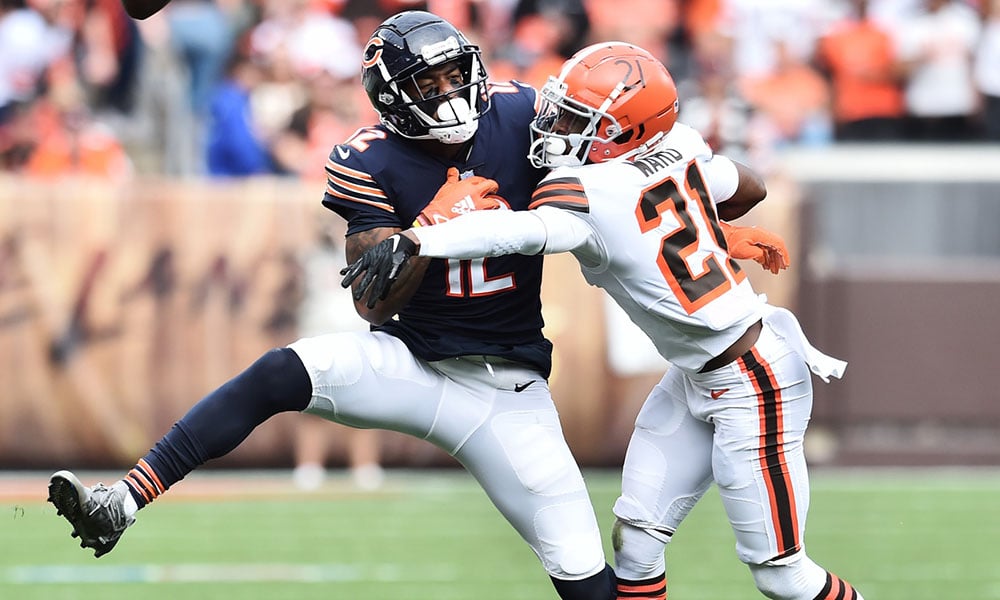 We examine offenses around the league and focus on some interesting dynasty situations.

As always, a stats refresher before we dive into the fun stuff:

Time Left on Play Clock at Snap – this represents how much time the offense let run off the clock on average before snapping the ball. Teams that snap the ball quickly will have the opportunity to fit more plays into a game, while teams that snap it slower will be burning more clock per play.

First Downs Per Play – this represents how often an offense generated a first down. Offenses that generate first downs often will hold on to the ball longer and have more offensive plays, whereas teams with many three and outs will be forced to punt often.

Offense Plays/G – the above statistics help us understand how a team ran the number of offensive plays per game that they did, and help give us a sense whether or not this statistic should regress in coming weeks.

PAs/G Over Game State Expectation – this is how many pass attempts more or less a team threw relative to what we would expect of the average team in similar score/down/field location/etc. situations. Teams that pass more than expected will give receiving options on the team more opportunities.

Share of Targets to WRs – this gives us an idea how what portion of attempts are making their way to WRs, who will generally be the focus of this piece. Some brief takeaways for your fantasy team: Let’s briefly run through some of the stats I’ll be highlighting here again:

Pass Snaps – calculated stat using the team’s pass/run ratio and the number of snaps the player played. This is a knock-off version of routes run.

Air Yards – the total distance the ball traveled down the field across all targets a player received.

Targets Per Implied Pass Snap – target total/pass snaps. The hope is this lets us catch a glimpse of some part-time players (rookies in particular) that are excelling in smaller roles.

Air Yards Per Implied Pass Snap – air yards total/pass snaps. Helps us understand the role various players are playing – players with a higher number in this stat relative to teammates may be playing more of a downfield role. This is my second consecutive week highlighting the very odd Arizona passing game. Concern for DeAndre Hopkins isn’t totally misplaced right now – he’s not demanding targets at near the rate he did last season through three games. I’m just holding for the time being and thinking about buying if another manager is panicking, but it’s a situation to monitor.

AJ Green is somehow leading the team in target share right now. I’ll take the under on how many weeks that persists for and would happily sell if anyone’s buying.

Christian Kirk has been promising so far, but he’s clearly a part-time player in this offense with just a 62% snap share. There doesn’t seem to be much reason to expect that to change without an injury to Hopkins or Green, and I am still looking to sell to one of the truthers still remaining out there.

Finally, Rondale Moore isn’t going to be a thing yet. He saw his snaps dip this week and usage fall off a cliff. He still looks promising through a long-term dynasty lens, but I wouldn’t expect him to contribute in a way you can count on at any point this season. There’s been some consternation about Allen Robinson’s performance so far, but I’m not worried. His targets per snap are close to unchanged vs. 2020, he’s just losing out on air yards as a result of the offense as a whole getting more conservative. It looks unlikely that we see his ceiling this season, but he’s still who we thought he was and makes for an excellent buy candidate.

I have been low on Darnell Mooney but he’s been fine to start the season. I’m just monitoring for now, as a blow-up doesn’t look imminent.

Cole Kmet is a shrug. The usage isn’t exciting but he’s a TE so he could be a fringe starter. I don’t get the hype. If you’re on a contender, go buy Odell Beckham right now. His debut was incredibly promising, and I think he’s slated to be Allen Robinson with more upside if this offense shifts more pass-heavy. I would buy for less than a first happily.

No one else really matters – Donovan Peoples-Jones hasn’t done much and shouldn’t be a factor upon Jarvis Landry’s return. Through three weeks, Michael Pittman is looking like a strong WR2 candidate. I have not been a believer and therefore am likely not buying at this point, but if you’re a Pittman manager you should be feeling very good about his start to the season. The top-level takeaway from the Rams is obviously Cooper Kupp, who has looked like a league-winner through three weeks. I’ll be honest – I’m skeptical. You don’t often see this magnitude of breakout from 28-year-olds. I expect he is likely still a WR1 rest of season, but if your league mates expect him to be the WR1 I would look at shopping him.

I know no one wants to hear this, but Robert Woods is fine. His usage is near identical to last year, and the offense as a whole has improved. If we don’t believe Kupp is a 35%+ target share guy (I don’t), then when he regresses those targets will get redistributed elsewhere. I’m buying on any and all contenders, hopefully for a second.

DeSean Jackson’s primary contribution in fantasy will likely be limiting the relevance of Van Jefferson. I’m not particularly interested in either.

That’s it for this week. If you’ve got any feedback about the structure of this report or questions about the topics, please leave a comment or hit me up on Twitter @cooper_dff.