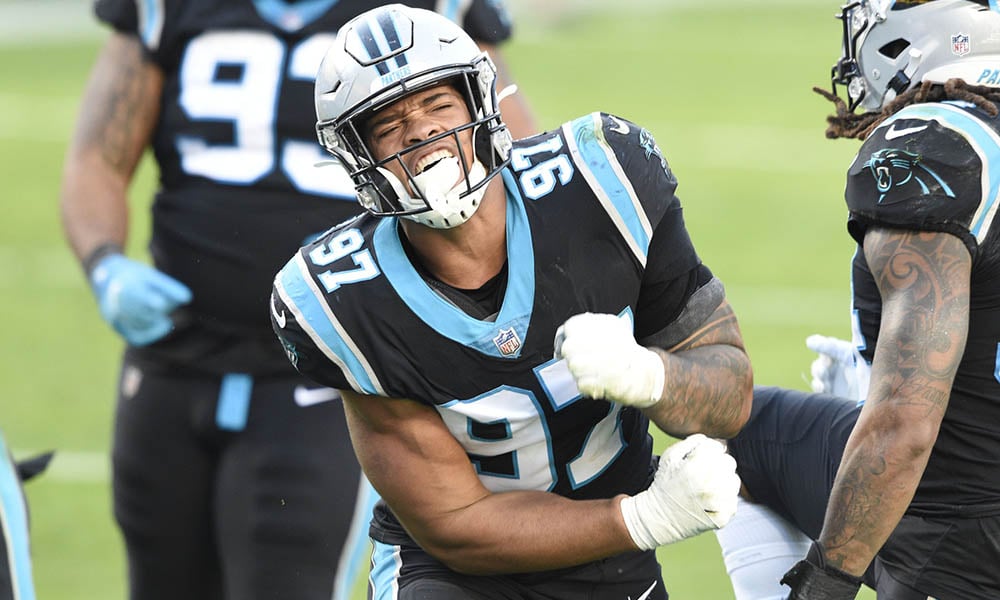 We examine some young dynasty assets to stash over the off-season.

If you’re still reading this, two things – first of all, thank you. It is always great to hear from readers of the column (shoutout Andy!), and your testimonials about how my waiver wire column helped you navigate what was perhaps the craziest and most injury-ridden season in recent memory made me immensely proud of the research I did this year. Secondly, if you’re reading this week 17 waiver column, you are a true degenerate and I love you for it.

The gist of this column is simple: finding players who are either long-term dynasty fliers OR quality one-week rentals- you’ll tend to know which is which from my write-ups.

To uncover these players, I come up with suggestions going down two main avenues. The first measure will actually be a metric I invented, called Disruption Score (updated for the 2019-2020 season here). This metric specifically measures which players were most efficient at getting behind the line of scrimmage and affecting the quarterback’s normal motions, therefore “disrupting” the play. This metric has the most weight for DE/DT, but it can also show us which linebackers have multi-sack upside throughout the season if you are in big-play scoring formats. Secondly, I assess the matchups for the upcoming week and give my best dart throws for that week. It is definitely the least concrete analysis I have posted, but a large part of fantasy football is going with your guys (and it did very well in this article last year), so this is a section dedicated to that.

For the very last time, let’s do this thing!

As we close out the regular season, you probably know everything you need to know with one week left. Instead of looking for dart throws who will only serve you one more week, I figured this article would do more good by looking ahead to next season. This week’s article will list some of my favorite young IDP assets, whether they are bound to rise in value in 2021-22 or look like a promising long-term stash (if you can be patient 😊). NOTE: All players listed below are currently 25 years old or younger.

Once again, thank you for reading all year long and I wish you luck in the off-season as you make deals and try to survive the next eight months until we can play fantasy again! I encourage you to try to invite ONE extra person to play IDP next season with you, and turn this niche into the mainstream form of fantasy football.

Follow me
Ryan Miller
Ryan is a lifelong Steelers fan and recent graduate of NC State University. While his years are limited in life experience, he is a seasoned veteran of fantasy football, commissioning his first league at the age of nine. As a writer with years of industry experience in Advanced Analytics, he gladly welcomes the hottest of takes from readers as long as the numbers are there to back it up. You can find him at @RyanMillerNFL on Twitter for rankings debates and tons of helpful charts
Follow me
Latest posts by Ryan Miller (see all)
IDP Waiver Wire: Week 17

What exactly makes McKinney a “stud”?

Hope you saw it today 🙂 can cover anywhere on the field with his 8 tackles, and had a 2nd INT today called back due to penalty