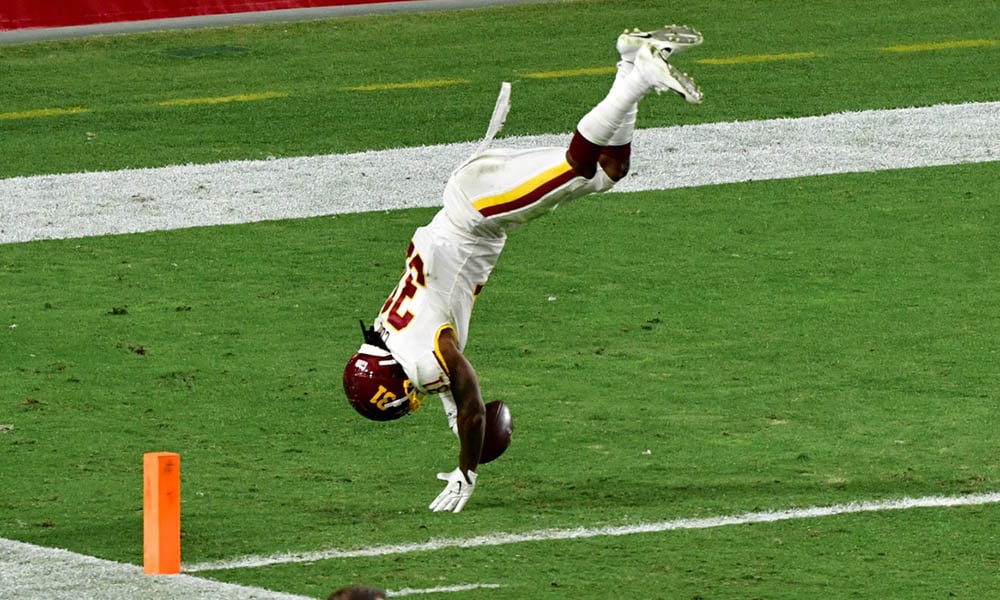 We break down the defensive snap counts from the NFC last week.

The playoffs are on us, which means if you’re reading this your team is probably doing well. Congratulations! Go win it.

The Cards have had two very low snap totals in the past three games. That is very odd for them under Coach Kliff Kingsbury.

The headline is of course edge Haason Reddick (47). He recorded five sacks on just 22 pass-rush snaps. In his first three seasons as a pro, he managed just seven total sacks.

The only big change in playing time was safety Ricardo Allen missing the game which meant Sherrod Neasman stepped in to play 73 snaps.

Production-wise, the story was AJ Terrell recording 13 tackles from his 73 snaps. He’s 11th in corner targets for the season and 19th in corner snaps.

Slot DB Buster Skrine was out so Duke Shelley played 53 snaps in the secondary.

Aside from that, there were no major changes. The Bears have been one of the most stable defenses all season – which is a bit of an indictment really. Normally stability leads to elite play. That’s not been the case here. Roquan Smith (61) has been individually productive – but it’s not been a great defense.

The teams that have struggled at corner in 2020 have really, really struggled. The Cowboys had to turn to Saivion Smith (61) this week with Chidobe Awuzie out. Smith and Jourdan Lewis (68) are no one’s idea of a good pair of starting corners.

Matt Patricia is gone but this defense remains similar. There is no magic bullet for a situation like this.

Jayron Kearse (49) continues to play ahead of Tracy Walker (28) at safety.

Strangely the packers decided to put Krys Barnes (40) out there for significant snaps alongside Christian Kirksey (46).

Safety Raven Greene did miss the game and given how much he plays in the box the shift was likely partially a reaction.

The Rams are one of the best and most unique defenses in the NFL. Their odd-front, single-LB, nickel secondary is going to be much-copied in 2021.

They had a bit of a scheme adjustment this week going up against the run-heavy Patriots. Troy Reeder (55) played almost every snap at LB but Kenny Young (41) played more than he usually does, which resulted in him recording a sack and a pick. Lovely.

DE DJ Wonnum was back after a week out. Eddie Yarbrough did not play.

Notably, Kwon Alexander played all 69 snaps at LB next to Demario Davis (69). It resulted in Alexander’s best day as a Saint.

DE Marcus Davenport (27) returned to split snaps with Trey Hendrickson (33). Both had two pressures. Neither had a sack.

Kyler Fackrell missed another game meaning that Carter Coughlin (64) continued as the primary “Leo” edge. He’s not very good so he’s not producing. Leonard Williams (56) has been playing well on the opposite “Otto” end – but he had a low-impact game here.

Rookie safety Xavier McKinney played 38 snaps which was a big step up from his five and six in his first two games. He remains significantly behind Logan Ryan and Jabrill Peppers (both 79). McKinney must be hoping 2021 comes along soon.

LB Alex Singleton (63) had another fine day as an IDP – but make no mistake he is no superstar. He’s a fine play for now – but likely not a great long-term asset.

Rookie safety K’Von Wallace played 28 snaps – the most of his young career, mostly because Rodney Mcleod (35) seemed to get banged up.

After a season of high volume, the Seahawks have suddenly played just 109 snaps in their last two games. This is a major factor in their players’ sudden lack of production. It may well not change against the Washington Football Team next week.

They also rotated their roster a little with the Jets handily beaten.

Most of the important players sat out around 10-15 snaps.

LB Fred Warner seemed to take a knock which restricted him to just 33 snaps. Azeez Al-Shaair (36) stepped in for him. He’s been the number three LB all season, but no one ever talks about him because he’s got a tricky name.

Death, taxes, and the 2020 Bucs defense. The great immutable pillars of our existence. Once again there were no major changes in personnel usage for this defense. It is uncanny how stable they’ve been all season.

This was the most defensive snaps the WFT have played all season which led to some big individual games.

Chase Young (61) is the headline with talking heads falling over themselves to overhype him. He’s had a couple of great games – but he’s got a long way to go. In this game, he generated only two pressures from 35 pass-rush snaps. He’s obviously a premier dynasty asset. He’s just not quite there yet.

Montez Sweat (56) is also having a great season on the other edge and the buy window has long since slammed shut, unfortunately.

At the other end, safety Kamren Curl (81) had a 76-yard pick-six and has been fantastically productive. But Landon Collins is taking his job back. If you’re not a contender you should be selling Curl to a contender if at all possible.

Good luck in the playoffs and thanks for reading.

Tom Kislingbury
Contributor at Dynasty League Football
Being from England Tom only discovered American Football in the late 90s. From there he's gone from casual defender to devoted obsessive and likes to delve into deep data primarily about defensive players. He spends his days trying to pretend the spreadsheets and graphs he makes about football are actually work for his day job. No-one is fooled.
Latest posts by Tom Kislingbury (see all)
NFC IDP Snap Counts: Week 14