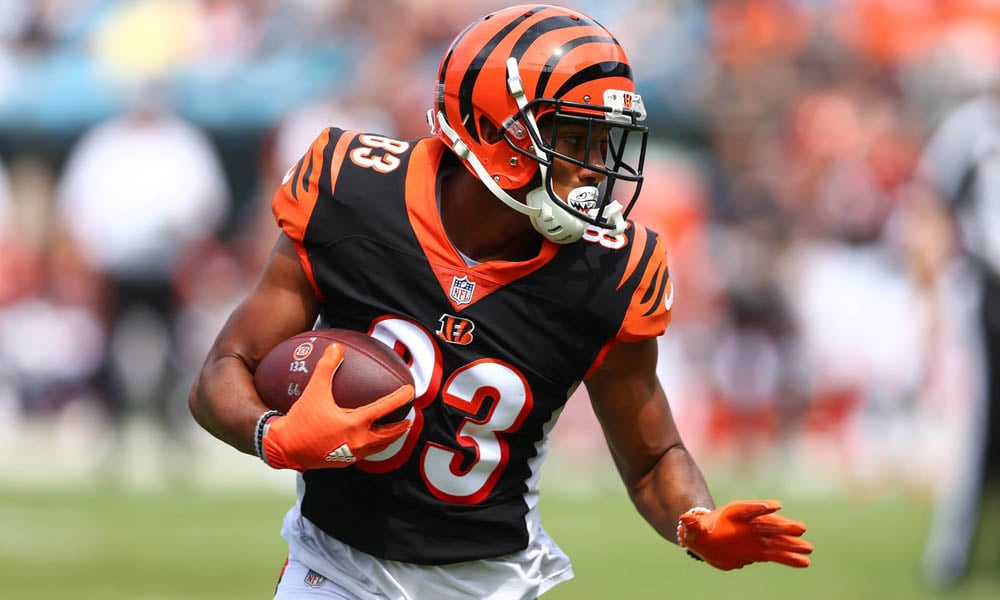 We break down the best bargains for your daily lineups this week.

After a great three-game slate for Thanksgiving, we have another 11-game slate of action for Sunday. We have eight 1pm games and three late games this week. Nine of those games have an over/under of less than 45 points and only one game has a projected point total of more than 50 points.

This is one of the more interesting slates of games this season. With that being said, let’s take a look at some of the bargains on DraftKings.

The Oakland Raiders will be traveling to Arrowhead Stadium to play the Kansas City Chiefs who has one of the most explosive offenses in the league, ranking second in passing yards and fourth in scoring. Vegas has the over/under set at 51 points and they have the Chiefs as ten-point favorites. The Raiders are expected to be trailing early in this game, creating a game script that will require them to consistently pass the ball in order to go toe-for-toe with one of the best offenses in the NFL.

Carr was benched in a 34-3 week 12 loss to the New York Jets. His poor performance is the main cause of his discounted price point. Prior to his benching, he was on a roll, averaging 18.92 DraftKings points in his last five games. We will see him play in one of the most lucrative matchups on Sunday’s slate. The Chiefs are going to push the pace and it will be up to Carr and the Raiders’ offense to keep up with the offensive juggernaut.

Let’s backtrack to week two where Carr posted just 11.72 DraftKings points at home to the Chiefs. Turnovers crushed his ability to keep the ball rolling as he fumbled the ball twice on top of throwing two interceptions. However, he had more passing attempts (38) than any other game he played in this season. If he can keep the ball moving, then he could be a slate-breaking option.

Due to his matchup and his low salary, Carr might finish the week as one of the chalkiest quarterbacks which means your exposure should be limited. After all, he is Derek Carr and anything can happen when he’s under center. Even in the juiciest of matchups, he can still bottom out.

In limited action as the Colt’s starting running back, Williams is seeing a large portion of the Colts’ touches. Last week he handled 26 carries for 104 yards and one touchdown while catching all three of his targets for 17 yards. We are simply buying his touches at his cost because there aren’t any running backs who are slated to receive a bell-cow workload at his price range.

Williams inevitably is going to be the cheap chalk at running back this week. There aren’t many other options that provide a solid floor due to touch volume at his price point. He should be heavily owned, but his exposure should also be limited due to the high ownership rate. If you plug him into your lineup, then you should mix things up with some contrarian players at other positions.

Whether you love it, hate it, or just don’t care, Andy Dalton is back into the fold and he’s ready to use his red rocket to chuck some footballs. The Bengals don’t care whether they win or lose because they’ve built a two-game lead for the first overall pick in next year’s draft. Dalton is auditioning for the future. More than likely the Bengals are going to draft their future starting quarterback in April and Dalton might be under center for another team by the start of next season.

Boyd’s target volume has dipped recently. It’s been since week seven since he has received more than ten targets. Dalton has something to prove and Boyd will be the benefactor of a hungry Dalton.

The Bengals will be three-point underdogs against the New York Jets. The over/under is set at 41 points. This is going to be an ugly game between two bad teams. The Jets defense is a funnel for the opposing team’s passing offense, considering they are allowing 242.91 passing yards per game compared to just 78.09 yards per game on the ground. Look for the Bengals to consistently chuck the ball downfield in this game to combats the Jets’ limitations on defense.

Since he’s playing on a bad Bengals team that’s transitioning quarterbacks, Boyd should get overlooked and see a lower ownership rate than expected. He hasn’t been reliable lately, causing fantasy players to pivot away from him. His price point combined with his matchup makes him a viable option this week. Like all bargain players, he should be used in moderation. Sprinkle him in lineups to mix things up but don’t use him as one of your core plays.

It doesn’t take much to finish as a TE1. Greg Olsen finished last week as the TE8 with just 9.40 fantasy points. Goedert has seen five or more targets in each of his last four games and has seen 14 targets in his last two games.

Zach Ertz is working through a hamstring injury. His status for week 13 is up in the air. The Eagles are dealing with a lot of injuries to some of their other top pass catchers. Goedert might be the team’s main passing threat once they hit the field come Sunday.

The Eagles will be heavy favorites against a hapless Miami Dolphins team. Philadelphia is expected to blow them out of the water which could lead to Goedert seeing some additional red-zone looks. As of now, the arrow is pointing up and he is projected to be the deal of the week at $4,100.

Between now and Sunday, Goedert is going to be the cheap chalk at tight end. Ownership doesn’t really matter much at tight end. If you find a player that can score double-digit fantasy points, then your lineup is going to benefit. There aren’t many startable options at the position and like an ugly guy on prom night, you have to take what you can get.