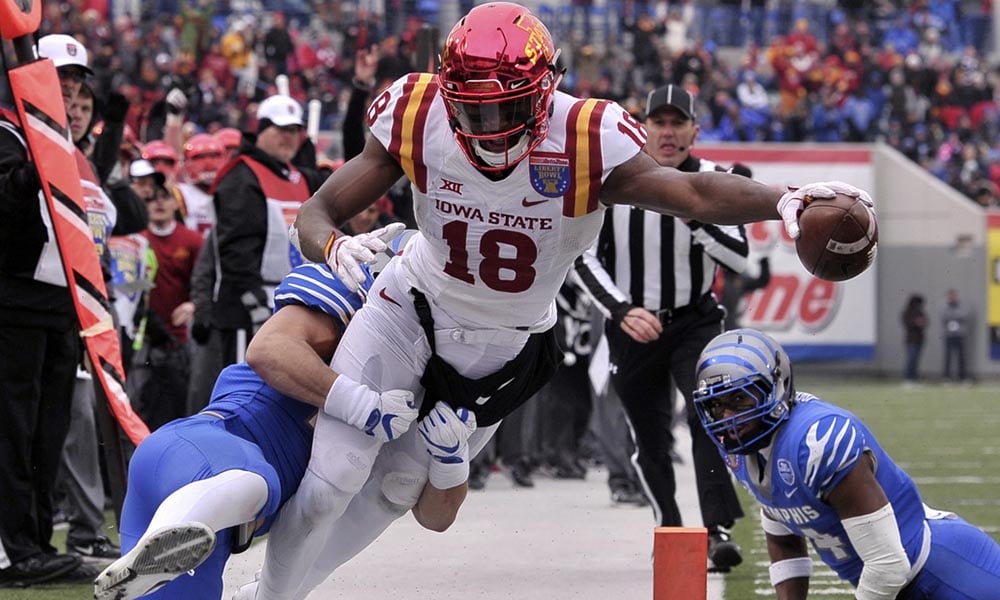 On Friday we concluded rounds two and three of the 2019 NFL Draft.  And what a two rounds it was!

This year has been unlike any draft in the past.  Heading into this event, it was well known the depth of talent at the top was historically poor or, at the very least, extremely thin.  With no marquee names clearly sitting atop the class, DLF rookie rankings exemplified the variability present.  In fact, the relatively even, if not pedestrian, talent made for a reasonable case that any one of up to eight players, not including tight ends, could vie for the 1.01 fantasy rookie selection.  At least prior to the first selection in the NFL Draft that is.

Now with three rounds in the books, it’s oh so clear why we continue to tell our community that fantasy draft picks always lose value following the NFL Draft and are at peak value just prior.  As good talent falls to poor situations, intrigue erodes.  As lesser players are selected into premium situations, the quality tiers are stretched and dilution occurs.

Let’s take a brief look at what has occurred and what is to come for Saturday relative to each position as rounds four-through-seven close out this years draft.

The big news of the day was the trade of Josh Rosen to Miami.  It’s a trade which HAD to happen. Rosen reportedly ‘unfollowed’ the Arizona Cardinals prior to the trade, throwing more fuel on the smoldering embers of a perceived personality deficit which he’s been able to shake from before the 2018 NFL Draft.  So, now the Cardinals have their new face of the franchise and the Dolphins have their next scapegoat.  Kudos to the Miami for filling this need in the way they did and in a very contract-friendly way.

Drew Lock came off the board early on day two and will be carrying a clipboard for the foreseeable future behind entrenched starter Joe Flacco.  Carolina may have sniped Will Grier from the clutches of New England just prior to the close of day two, but there’s been no confirmation of this.  New England had done extensive research on Grier.

Looking to day three, things have gotten very thin at the position and, save one very high profile record-setting Super Bowl quarterback in his forties, few late round quarterbacks ever make the leap from deep developmental player to consistent and productive starter.  Higher profile names remaining are:  Ryan Finley,  Jarrett Stidham, Clayton Thorson and Tyree Jackson.  None of which suggest great things to come but they bear watching.

There are teams still in need for a developmental prospect.  These include: Cincinnati, New England, Los Angeles Chargers and Green Bay.

For fantasy purposes, there’s just not enough to get excited about here and your better off looking elsewhere.

Only one running back was expected to hear his name called in the first round and true to expectations, Josh Jacobs did just that.  But what followed was another year of slipping value, precarious drops and somewhat poor, or at least questionable, drafted situations.  The primary names all made if off the board as day two came to a close but it was hardly an exciting night for the participants.  Miles Sanders (PHI) and David Montgomery (CHI) were the winners on the day and secured their place in the fantasy first round.

Some of the names remaining such as Rodney Anderson, Dexter Williams, Ryquell Armstead and Trayveon Williams carry a level of intrigue which could have added value should they land in an upside situation.  Anderson is particularly intriguing and could have been the top running back on the board if not for frequent season-ending injuries, none of which were related.  The injury flag is not an easy one to shed in the NFL but it only takes one team.  Following those names, Bryce Love, Justice Hill, Devine Ozigbo, Karan Higdon and Myles Gaskin should be watched.  Love has been dogged by recent reports he’s suffering knee stiffness in his repaired ACL and it’s looking likely he’ll go undrafted.  Keep a close eye on analyst-favorite Travis Homer.  Slippery Rock’s Wes Hills has NFL potential due to size and his downhill run-style and Alex Barnes should receive some attention due to his size (6’0/226 lbs.), large hands (10″) and between-the-tackles ability.

The following teams may be looking to add running backs early on Saturday:  Tampa Bay, Carolina, Cincinnati, Dallas, Indianapolis and Jacksonville.  As we’ve seen, however, it’s not uncommon for teams with full stables to add another one in a BPA (Best Player Available) move.  Tampa Bay is particularly valuable for any of these day three selections.

The receiver position continued to surprise as each name came off the board, while other more highly rated names never did.

It’s a stunning event when top ranked (DLF) rookies remain on day three but that is exactly what happened with both Kelvin Harmon and Hakeem Butler.  Both Harmon and Butler have appeared near the top of receiver rankings yet remain undrafted.  A case could even be made for Riley Ridley as well.  While not as collegiately productive as his older brother, Calvin (ATL), the younger Ridley is a good route runner, physical and possesses natural hands.  He fits the mold more as a possession receiver but his 4.58 40 at the NFL Combine did surprise to some degree.  All three of these remaining receivers should be come off early on Saturday, but with how this draft has unfolded thus far, we won’t be surprised if one or two of them slip into round five.

Other names to stay abreast of are Emanuel Hall, Darius Slayton, Preston Mitchell, KeeSean Johnson, Anthony Johnson, DaMarkus Lodge and Keelan Doss. Deep sleeper names to watch include:  Hunter Renfrow, Gary Jennings Jr., Lil’Jordan Humphrey, Penny Hart and Johnnie Dixon.  Keep an eye on Greg Dortch and Antoine Wesley for drafted situation.  Some of these names are certain to go undrafted and will be free to sign as free agents soon after the draft concludes.

As is the case every year, you’ll want to pay special attention to both Green Bay and Pittsburgh as it relates to wide receiver selection.  Both clubs are very adept and identifying high-performing receivers who project well to the NFL.  Whether due to brilliant scouting, a secret formula or deal with the devil, you should always overweight selected receivers by either team.  Note that Green Bay had a coaching change and it’s unknown whether this could affect drafted receiver quality.

The tight end position has been picked mostly clean but I continue to have interest Foster Moreau and Caleb Wilson.  Late round tight ends rarely produce in the NFL and neither will likely find their way to all but the deepest fantasy rosters.

It’s usually a fool’s errand to predict or expect certain trades but keep and eye on Minnesota’s Kyle Rudolph.  His name has emerged as a trade candidate following the Vikings’ selection of Irv Smith.  Smith has significant work to do before he’s three-down ready but is ultra-athletic and projects better in the passing game than does Rudolph.  Rudolph’s name was mentioned as a potential trade target in that he’s now in the last year of his contract.  New England was specifically mentioned which would be enough to raise many eyebrows.

Good luck to all as we finish up the NFL Draft and your rookie drafts commence.

Great post Jeff. I can’t wait to see updated rankings. As expected, it has been an extremely unpredictable draft.

Like nothing I’ve ever seen in fantasy … it’s going to be nuts doing these rankings. WIll be all over the place.

Most chaotic and confusing draft, and evaluation, I’ve seen in years.

I am very excited for the updated rankings. Any idea on the Butler/Harmon value drop? Are these guys still round 1 rookie picks or have they fallen to round 2? Would you draft these two over Hardman/Johnson/Hurd? What just happened!!??

I’m going to be looking at that today. I can understand Butler I suppose because he’s so big … but he doesn’t have the deficits of a bigger player. Harmon was falling into the draft mostly because he’s raw but I didn’t think he was THAT raw. I can’t say I get it especially when seeing other receivers going ahead of them. But I will never be one of those armchair analysts that feel I’m smarter than those paid well to make these decisions. Best bet is to figure it out and get inside the decisions to increase one’s knowledge. But I’m confused as I write this.