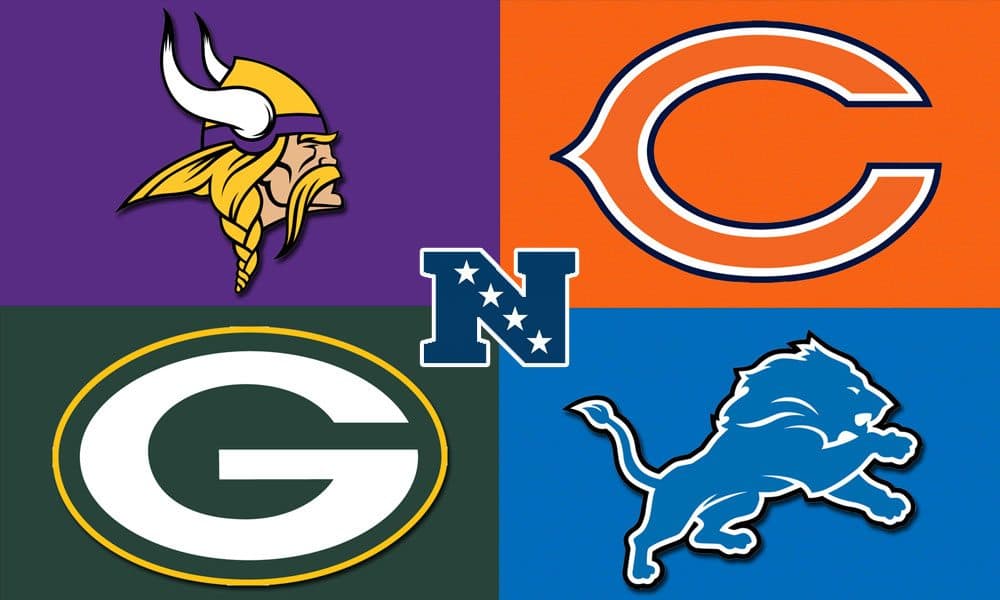 NFL Draft Aftermath: Winners and Losers from the NFC North

We run through the NFC North and tab this year’s winners and losers from the NFL Draft.

The NFL Draft is an exciting time for dynasty owners. It’s also a time for all of us to re-evaluate our rosters as many of our veteran players either have new competition from rookies, found a way to escape the NFL Draft without much competition for their job or now have added weapons to help them in their development. Regardless, your dynasty team likely changed in value in the aftermath of the NFL Draft, regardless if a player was even drafted to your fantasy player’s team. Let’s delve deeper into the biggest winners and losers from a fantasy perspective from the NFC North following the 2018 NFL Draft.

The Bears and Mitchell “Don’t Call Him Mitch” Trubisky have been one of the stories of the off-season, and it continued in the draft. The Bears shored up a hole in the offensive line in the with James Daniels, a Center from Iowa. Daniels has some versatility, so could be bumped out to guard for the Bears. Many had a first round grade on Daniels, so he was a strong pickup in the second round.The Bears then traded back into the second round to draft Memphis receiver Anthony Miller. Miller is a player who seems to be on the rise in the fantasy community and for good reason. He’s a real gamer with great hands and a strong competitive streak – exactly the kind of player many of us love to see take the field. I expect a lot from Trubs in year two and I’m far from alone. The Bears have certainly given him everything he could have asked for or needed to run a successful offense.

It hasn’t been a banner few years for the Lions’ backfield. They’ve hung around the seedy neighborhood of the bottom five in rushing over the last four seasons. New head coach Matt Patricia and the Detroit front office once again attempted to address that issue in this draft. They started in the first round with one of the top offensive line prospects in C/G Frank Ragnow out of Arkansas. Ragnow will likely start immediately for the Lions, and will be blocking for shiny new running back Kerryon Johnson from Auburn. Johnson will join free agent LeGarrette Blount in a new backfield that looks very different from past years and will likely bring a much more powerful style to the Detroit ground game. Heck, Detroit even bucked recent trends and drafted a fullback, Nick Bawden from San Diego State. I don’t know how high this new running game can climb but I do know it can’t get much worse. I have a good feeling about its future.

As if Rodgers needed any help, right? Anyhow, new Packers GM Brian Gutekunst (Is it just me or does Gutekunst sound like some kind of sausage) made some moves to help their Hall of Fame quarterback in a couple of different ways. First, Gutekunst invested heavily in defensive players in the early part of the draft, spending his first, second and third round picks on that side of the ball. The defense struggled mightily last year and a bad defense often leaves an offense in a bind. An improved defense should help Rodgers do his job more efficiently this season. Second, Green Bay picked up a trio of new wideouts in the draft in J’Mon Moore from Missouri, Marquez Valdez-Scantling from South Florida and the formerly beloved Equanimeous St. Brown out of Notre Dame. All three new wide receivers are at least 6’3” and at least one will hopefully fill out the Packers’ receiving corps. Rodgers found more weapons and the rest of the NFC North let out a shudder.

Howard is the number one running back who many fantasy owners seem to love to hate right now. He doesn’t catch passes, we all know that. But he also put up over 2,400 yards and 15 touchdowns in his first two seasons. And he did that on a very bad Bears team and often ran against what sometimes looked like 12-man boxes. Many want to point to my second name here, Cohen, as the real beneficiary of the hip young Head Coach in Matt Nagy but I could see both backs reaping the rewards. What could Howard do against defenses that can’t key on the run? He could be a top five running back, if you ask me. And Nagy is sure to find creative ways to use the dynamic “Human Joystick” in Cohen. I heard John Fox called former offensive coordinator Dowell Loggains using his rotary phone to explain he had no idea how to use a running back who wasn’t a plodder. I expect Matt Nagy to change a lot of things in Chicago and the backfield could be as big a beneficiary as his quarterback we mentioned above.

Oh, Ameer Abdullah, we hardly knew ya. I was one of those guys. Yep, I was a true believer in Abdullah. I even thought Detroit was a good landing destination and I took him in with the 10th pick his rookie year. Well, I was wrong. Abdullah just never could turn that corner. He had his share of chances (though he never got feature-back type of work, maxing out at 165 attempts last year) but he never did all that much with them. He could certainly catch, but if you can’t crest 600 yards in a season, you’re in trouble. And the pick of Kerryon Johnson reinforces what the Lions’ front office thinks of him. While I wouldn’t call him done, I can’t imagine he gets a ton of reps this year after the Lions drafted Johnson and signed Blount. I have to pour one out for my guy, and hope maybe he can latch on elsewhere. I have to admit, I still love those “phone booth quicks.”

Yes, you love Dalvin Cook and so do I. But hear me out. If the Vikings had a weakness last year (and they did), it was the offensive line. While they were decent in pass protection (and some might argue the surprisingly mobile Case Keenum had a lot to do with that) they were well below average in run blocking. They did use both second and sixth round picks on offensive lineman, but with Joe Berger retiring after last season, they might have needed more than that. Cook, should he stay healthy, will still get a lot of work, however, and that volume can still translate into a strong fantasy season. However, a poor offensive line could make that more difficult and cap Cook’s upside.

A boutique pickup for some due to a short depth chart at the position, Allison’s value surely took a hit after Green Bay drafted a trio of big wide receivers to potentially take away some of his work. Let’s face it, when you draft a few wide receivers with a similar profile to a player like Allison, the writing might be on the wall. We’re always chasing the targets of Aaron Rodgers, but it’s tough to tell who you can trust here. I have to wonder about the whole wide receiver room outside of Davante Adams and Randall Cobb. I’d steer clear of those back of the roster players until things sort themselves out in camp and the preseason.

Excellent take on Abdullah. I agree 100% Hoping he does get a chance. Think he’s got something to prove for sure.

Just a thought. Draft Aftermath = Draftermath? Has that been used up yet? LoL.