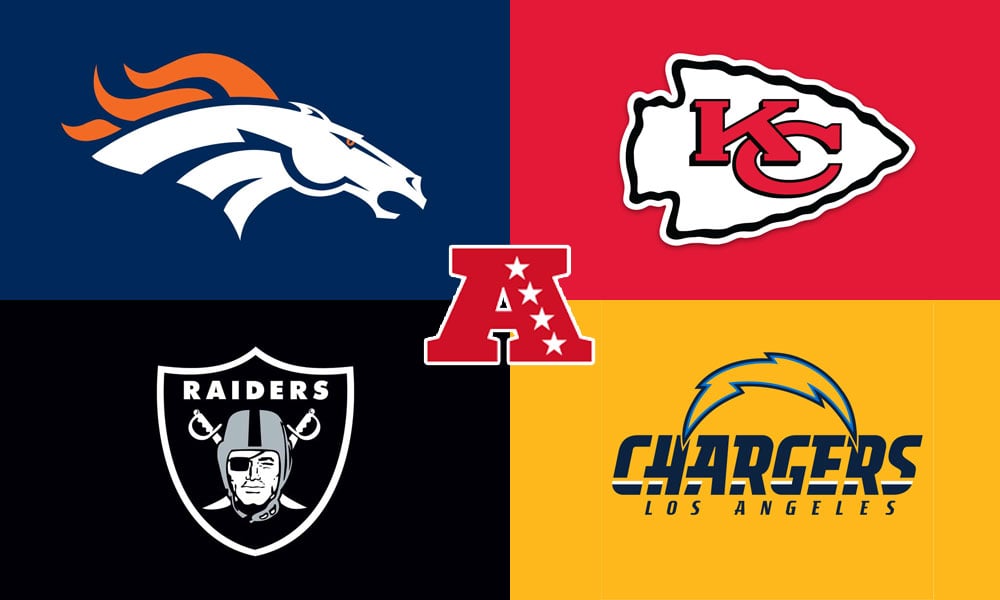 NFL Draft Aftermath: Winners and Losers from the AFC West

We run through the winners and losers from the AFC West.

The NFL Draft is a time for many to celebrate including fantasy owners who now find their players in better situations. But for every player who enters into a new, better role, there’s often a player who loses value in the process. Your fantasy team likely changed in value in the aftermath of the NFL Draft, regardless if a player was even drafted to your fantasy player’s team. Let’s delve deeper into the biggest winners and losers from a fantasy perspective from the AFC West following the 2018 NFL Draft.

With the fifth pick overall in this year’s NFL draft, the Broncos had the opportunity to draft three top graded quarterbacks (yes, Josh Allen included), yet decided to pass on the position to sure up their defensive front. After doing so as well as adding Courtland Sutton and Royce Freeman in the second and third rounds, respectively, the Broncos made it clear that they want to commit to Keenum for the foreseeable future. He’s clearly not just a “bridge” quarterback for a team looking to make a statement in 2018. If Keenum plays as well as he has the past year, he clearly has a long-term future in Denver.

The seventh overall pick in last year’s draft, Williams had a disappointing first season in the NFL, to say the least. Mostly due to injury, the former Clemson standout didn’t get many chances to show Chargers fans and fantasy owners why he was worth a high selection in both the NFL and rookie drafts. There remain questions about his durability heading into 2018 and the Chargers had a chance to address those concerns by selecting another talented wideout in this year’s class. They didn’t.

Though Keenan Allen stepped back into stardom in 2017, there remains a void at the second receiver spot for LA, and the team wants to give Williams a chance to prove himself. They declined to select a receiver until round six of the draft, indicating they believe the talent on their team is in a great spot. The Chargers believe in Mike Williams –  it’s clear from the draft results in both of the last two years.

I could have honestly put any LA Charger on this draft winner list, as the team only selected Dylan Cantrell and Justin Jackson as skill position players and they were taken in rounds six and seven, respectively. For Gordon, specifically, the team’s decision to not bring in any real competition for touches all but guarantees Gordon will be a top end running back this and the next few years. Additionally, while not drafting an offensive lineman this year, the Chargers will be getting Forrest Lamp back from injury to bolster that part of their team.

Having developed as a primary receiving option for Philip Rivers and the Chargers aerial attack, Gordon is clearly the man they want on the field at all times. Austin Ekeler is a great change of pace back to keep Gordon fresh – and was certainly efficient in his role last year – but make no mistake, the Chargers will lean on Gordon yet again.

The Raiders, despite being touted as one of the more ideal landing spots for running backs this year, chose to not draft one with any of their nine picks this year. Instead, they decided to address their offensive line with two of their top three picks, all in the top 65 overall in this year’s draft. With no additions to the running back room through this year’s draft, the competition looks to be between Lynch and Doug Martin, of which I believe the former will win. From week eight on last year, Lynch was the RB9 overall in PPR scoring. It took him a while to find his groove, but he has the makings of a good win-now piece this upcoming season. He may not be a long-term asset for your dynasty team, but he should provide solid depth at a cheap cost for contending teams.

The Chiefs were the one team this year to not address any of the main fantasy football positions in this year’s draft. Given their top talent at each position, as well as the promising young quarterback Pat Mahomes from last year’s draft, this isn’t surprising. Yet, I put Watkins on this list predominantly because his situation didn’t get any more mouths to feed.

Already having to compete for targets from essentially a redshirt rookie in Mahomes with the likes of Travis Kelce, Tyreek Hill, and Kareem Hunt, Watkins has his work cut out for him to be a fantasy contributor in 2018. I certainly think it’s possible he unlocks that elite potential he has and not getting any additional pass catchers through the draft ensures that the Chiefs want him on the field as much as possible. It’s clear from both free agency and the draft that Watkins will be a main component of what could be an explosive offense this year.

The main notable loser from the AFC West has to be Devontae Booker. While the Broncos didn’t select a running back in round two of the draft, they made sure to address the position before the end of day two by adding Royce Freeman. Booker has underwhelmed in his career thus far and now faces solid competition yet again. Freeman compares similarly to what CJ Anderson brought to the table last year and will ultimately either cap Booker’s upside should he start or steal the starting role all together. In the end, it looks like it’ll be Freeman getting the majority of the touches in 2018 and beyond, regardless.

While the Raiders didn’t spend high draft capital on a receiver in this year’s class, they did trade away a fairly high pick, #79 overall, for the services of former Pittsburgh Steeler Martavis Bryant. Now, Bryant and Nelson don’t play the same role on the offense, but Bryant coming to the Raiders as a deep threat may move Amari Cooper back to the slot, where he has been successful in his career thus far. This makes Nelson’s role on the team up for debate, and there’s a chance he doesn’t get the target share necessary to be a usable fantasy asset in 2018. I think he can be efficient with his targets and will potentially get a good amount of red zone looks, but that could now be his ceiling in this offense. Despite a quarterback upgrade from Brett Hundley much of last season to Derek Carr, Nelson’s situation got worse after the NFL Draft. He’ll be a risky fantasy asset this season.

The AFC West saw mostly positive results from its core fantasy contributors from the NFL Draft. Combined, the Chargers, Raiders, and Chiefs took a combined three skill-position players – none before round six (not including Bryant).  The Broncos were the main players out of these four teams, selecting four such players in the draft. There wasn’t too much shakeup in the fantasy landscape in this division as it still looks to have many top tier fantasy players this upcoming season. It should be a fun group to watch play in 2018.