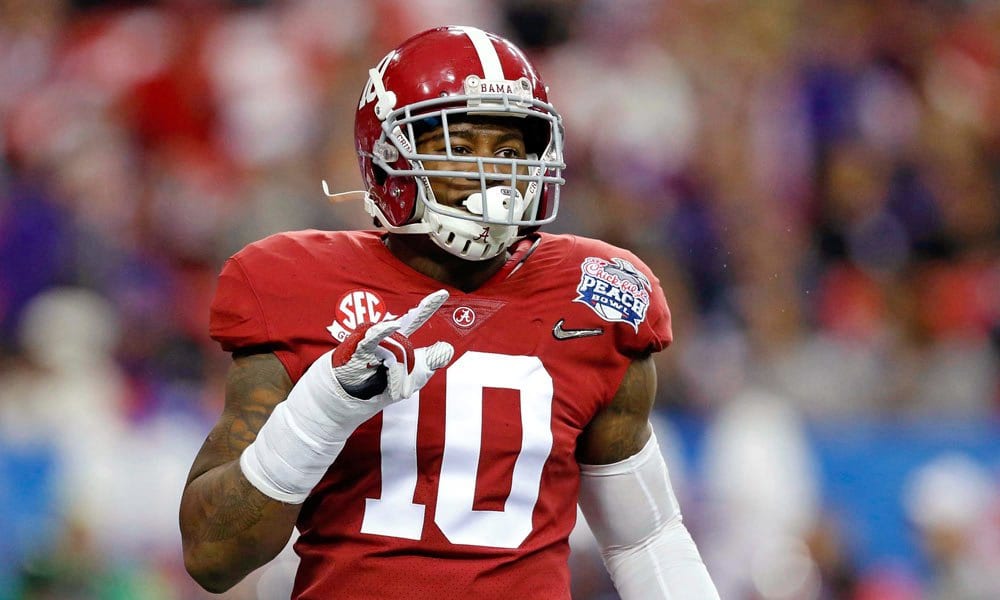 The DLF IDP team got together to mock this year’s rookie crop. DLF’s own Doug Green breaks down the picks.

IDP enthusiasts are always looking for rankings. Veterans, rookies, integrated with the offense, people can’t get enough, and we here at DLF aim to please.

So we pulled together several of our IDP team to run a mock draft for this year’s rookie crop. The purpose of this article is to take you through all 30 picks and give you some perspective to assist you for your own rookie draft. If you want to hear us make all the selections, you can listen here.

So, with those ground rules established, let’s get going.

Doug’s take: Batting leadoff, I took the best linebacker in the draft. He’s in a decent situation and I think people are too concerned about a diluted sample. If his should issue is a real thing though, he will slide in your drafts. Monitor that situation closely.

Doug’s take: I wasn’t as high on Davis pre-draft, but even I have to admit this is a prime IDP landing spot. If you want to take Davis ahead of Foster in your rookie draft, you won’t get a mean tweet from me.

Doug’s take: Reddick has become the off-season darling, but I’m concerned that the Cards will have him rush too much and will cut into his tackle opportunities.

Doug’s take: I raised half an eyebrow at this pick, then remembered about the scoring settings. Personally, I’d still lean linebacker here (spoilers), but if you’re going to take a DE, Garrett is the guy.

Doug’s take: Cunningham’s selection virtually seals the fate of Brian Cushing and he should take the third down snaps from Bernardick McKinney too.

We also decided that this was a tier break after this pick.

Doug’s take: He’s athletic as heck, but his opportunities in the first year might be a little low. I do like his chances going forward though.

Doug’s take: My boy Olinger going unconventional with both of his two picks. Adams should be the first safety off the board.

Doug’s take: The premium tackle-heavy linebackers are all off the board, so this pick is a good play. Much like McMillan, Barnett might take some time to find some traction.

Doug’s take: Two Browns in the first? I never thought I’d live to see the day. Peppers landed in one of the handful of spots that could maximize his IDP value. Make sure you capitalize on that.

This is another tier break

Doug’s take: I have more question about Thomas and where he’ll play than I do about EC’s selection of him. In this format though, he’s good value at this spot.

Doug’s take: Ok, full disclosure. The guys REALLY didn’t like this pick. I believe the term “reach” was tossed around. I saw him as an excellent tackler with all kinds of opportunity.

Doug’s take: Sticky’s point was if Allen is classified as a DT, then his value goes up drastically. If that is the case, I like this pick. Even if it goes the other way, this is still a pretty solid value.

Doug’s take: There’s just something about Charlton that makes my Spidey senses tingle in a bad way. I can’t quite put my finger on it, but I’m leery.

Doug’s take: I am not crazy about Harris’ game and if he’s going to be an end for Miami, I like him even less. This is the range to start taking who you consider to be the high-upside pass rushers though.

Doug’s take: LB, LB, LB. I’m going to hit those hard in any rookie draft I have. He has good opportunity if he can stay healthy.

Doug’s take: I’m not so crazy about this one. (Sorry Bill). I didn’t see much to make me think he was anything special, and while the opportunity might be ok, I don’t know if he can maximize it.

Doug’s take: There are two camps when it comes to Hooker. Those that think he can tackle, and those that don’t. If you believe that is not in his skill set, he is worthless in IDP. If you think he can, his value is minimal.

Doug’s take: There was some discussion on the show that Watt might pick up some snaps inside. I seriously doubt that. I do believe that he is James Harrison’s long-term replacement though.

This is another tier break.

Doug’s take: This is a great pick. JRM is the Day 1 WLB and should ring up tackles. I’ll tell you he’s better than Davis, but I won’t get many to agree with me.

Doug’s take: We’re firmly in dart throw territory here, so I’m going to take a guy that I think the Patriots can extract every ounce of talent out of.

Doug’s take: Evans is another free safety and a decent fit for Tampa. I did not think much of his tackling, so he would be someone that I would probably pass on.

Doug’s take: I thought the Titans would take a linebacker with the No. 5 overall pick, not one in the fifth round. He is one of the under-the-radar players you should be keeping an eye on.

Doug’s take: The Ravens were restocking their linebacking corps in this draft. His versatility could lead to some extra snaps.

Doug’s take: Willis is very athletic and the Bengals need some more juice on the defensive line. This late in the game, he’s worth the gamble.

Doug’s take: I was not a fan of Lawson. He has an injury history and frankly, I think Willis is better by a fair margin.

Doug’s take: I’m not sure if he’s a DE or an OLB, but he’s passionate even if he’s a little raw. McKinley does complement Vic Beasley nicely, though.

This is a tier break.

Doug’s take: Walker has more name than game and is going to an already stacked Broncos defense. I would pass on him.

Doug’s take: He’s an athletic pass rusher on a team that could probably use one of those.

Doug’s take: The Bills are a mess all over, so who’s to say the kid can’t come in and steal some production?

The best of the rest:

Would love to see an offensive and defensive mock draft. Always wonder where the cut off point is to start with defense.

Can someone high up in the food chain at DLF try to work with MFL / Rotoworld to create new positional designations:
1- an EDGE position (OLB/DE) and 2 – an Interior D-Line position (DT/3-4DE)
Please…I beg of you…You guys should have a bit of pull with how big this website has become in the fantasy community over the last few years.
You could change the world by fixing/modernizing IDP League Concepts. It’s so overdue!
Thanks for listening to a fellow IDPer’s plea

I agree, it gets tiring seeing guys go from DE to OLB year after year. I’d have drafted Khalil Mack differently had I known he would’ve turned into a DE. Now Robert Quinn is going OLB, making him useless.